Jennifer Fisher is celebrating her 10th anniversary with a dinner, a new Web site and an exclusive enamel collection. 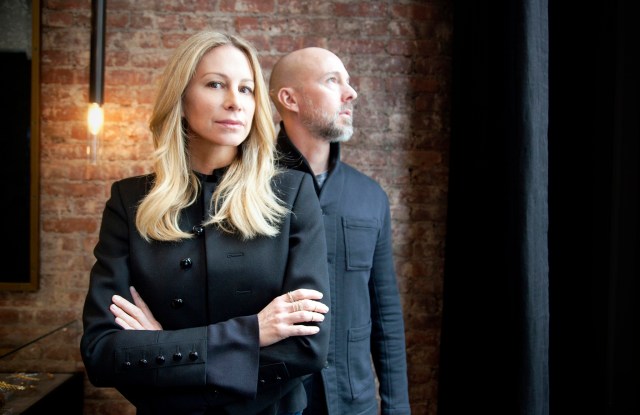 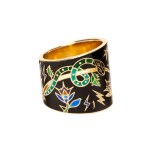 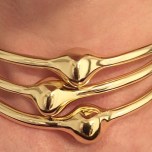 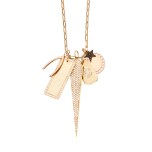 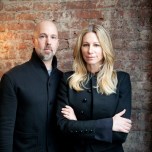 NEW YORK — Jennifer Fisher has sought to build a different kind of jewelry business over the past decade.

Instead of selling her brand of fine jewelry to independent boutiques across the country, she opted to control her own distribution — largely by way of her Web site.

Today her business is 82 percent direct to consumer, with 60 percent and 40 percent of sales coming from fine and brass collections, respectively. This is a rarity in the independent jewelry space, where most brands’ businesses hinge on forging wholesale relationships and selling their pieces on consignment.

“The business has always been digital,” said Fisher, who also maintains a sizable Instagram following that’s nearing 210,000 fans. “I was under the radar before because I wasn’t in a million retailers like other jewelry designers.”

She’s anything but under the radar now, though. Fisher was a top 10 finalist in the 2012 CFDA/Vogue Fashion Fund competition and was nominated for the CFDA Swarovski Accessories Award two years later. She will be honored with the ACE Awards “Influencer of the Year Award” in August at the Accessories Council 2016 Awards.

For Fisher’s direct business, sales take place on jenniferfisherjewelry.com and at her Fifth Avenue showroom and office in the Flatiron District here. Kevin Fisher, Jennifer’s husband who joined the company as president in June, declined to give revenue projections, but industry sources estimate that sales could reach close to $8.5 million this year.

While Fisher’s fine jewelry is only sold direct to consumer, the 18 percent of her business that is wholesale — a five-year-old brass fashion range that launched with Barneys New York — is sold in 60 doors globally. This includes all 16 Barneys New York doors as well as Fivestory, Holt Renfrew in Toronto and Vancouver, Colette in Paris, Restir in Tokyo and Liberty in London. Ninety percent of sales still occur in the U.S., but Fisher is intent on growing her international footprint — both from a direct and wholesale standpoint. This means heading to Hong Kong with Net-a-porter next month to build brand awareness in Asia and working with public relations firms in Paris and Hong Kong to handle press outside the U.S.

“Slow and steady wins the race. We’ve been careful not to do too much,” Fisher said of her business, which remains 100 percent self-funded. “Bringing him [Kevin] in was intentional; we wanted to make sure the infrastructure was sound before growing too large. The last couple of years has been focused on getting that straight. If we do end up going with outside funds, everything needs to be perfect.”

In addition to a dinner she’s hosting Thursday to celebrate her business’ milestone, Fisher is revamping her Web site and releasing an enamel collection that goes on sale today. The enamel range, designed expressly for her 10th anniversary, is comprised of two products — a cigar ring and an initial pendant which are black-based and consist of natural themes with a modern floral undertone. Solid enamel charms from hearts to stars will launch online soon. The pendant is 2,595 and the ring is $3,795.

She also is streamlining her offerings, she said, so as not to overwhelm consumers. Previously, 675 different product options were available on-site, but as of today, the revamped site will showcase about 400 fine and brass styles. These include her best-selling white, yellow or rose gold burnished diamond cuffs that typically range from $4,000 to $5,000, dog tags and buildable charm necklaces. The price of the cuffs can go higher depending on the amount of diamond dates, monograms or kid initials one wishes to include. There is even a large gifting business, where small gold charms and bracelets retail for $350.

“I’m cutting a lot of the fashion fine pieces that I came out with a few years ago to take advantage of that trend [fashion jewelry]. It’s so oversaturated in that market,” Fisher said, noting that although customers sometimes come back and “bust out some of those fashion pieces, I’m over that, to be perfectly honest.”

Reducing the size of the collection is also the result of her evolving personal style. Fashion for Fisher has become about printed and embellished tops and dresses so she now prefers to keep the jewelry minimal to balance out “all the craziness that is happening with clothes.”

But that doesn’t mean that she’s forgoing fashion jewelry altogether. Her brass offerings serve as a vehicle to hit trends, she explained, with a cost that is minimal compared to their solid gold counterparts. She tries to do three themes per season, and instead of showing 80 pieces, she cut this in half for fall 2016 with about 40 — the themes were “orb,” “molten” and “rings.”

“It’s really clean. We cleaned this collection up even more than last season based off of me being a consumer and what I want to buy,” Fisher said of her upcoming fall collection. It’s heavy on geometry and fluidity and, instead of the metal chokers Fisher has become known for, there are more single statement earrings, cuffs or rings.

“Instead of piles and piles of rings, it’s about a clean ring, the earring and a crawler or something small on either ear,” she said. “They [customers] still want pairs, but it’s nice for people to buy something along the same theme and mix it on their own.”