Jewelers See a Bounce at Couture and JCK 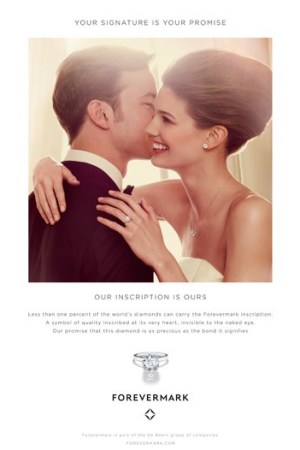 LAS VEGAS — The guilt is gone.

That’s what fine jewelers believe, convinced the days of women self-consciously avoiding coating themselves in gold and jewels are over as luxury consumers reenter the market. Sales have followed suit both at the recent round of fine jewelry trade shows, where some brands saw retail orders improve by double digits, and at retailers like Tiffany & Co. (up 20 percent in the last quarter), Kay Jewelers and Jared The Galleria of Jewelry owner Signet Jewelers (up 10.2 percent) and Zale Corp. (up 14.5 percent.)

“The upper end of the market has come back because it is increasingly OK to shop again,” said Greg Kwiat, chief financial officer of Kwiat and chief executive officer of Fred Leighton. As a result, he continued, Kwiat’s sales at the Couture show at the Wynn resort “will be up at least 20 to 25 percent this year. Retailers anticipate the higher end of the market being there this holiday.”

“I hope that we will be able to be 25 percent above last year,” said Yossi Harari, speaking of sales at his brand, which showed at Couture and is available in 70 U.S. doors. “The retailers that for the last two years have been more slow and careful about their buying will come back.”

“There’s definitely more sales,” said Mimi So, designer of a fine jewelry brand that exhibited at Couture and expects to nearly double its U.S. door count to 28 by the end of the year. “We have seen familiar faces that have signed on with us this year. They were holding off waiting for the economy to perk up and we’re moving through their inventory, and they want to introduce new designs.”

Temple St. Clair estimated its business during the JCK show at Mandalay Bay doubled at a new section called Elite Enclave spearheaded by the brand to elevate the perception of the show. Beaudry, JudeFrances, Autore and Fendi Timepieces were among the lines joining Temple St. Clair in Elite Enclave booths designed by Pam Bristow. “It will raise the bar,” said Temple St. Clair Carr of the Elite Enclave. On the other side of the jewelry spectrum, JCK featured fashion jewelry companies for the first time in a section with 100 exhibitors, including El Dorado Jewelry, Happyland, Rivka Friedman, Trollbeads and Zirconmania.

To help drive sales, companies are revving up their ad campaigns. Forevermark, a De Beers Group diamond brand that has recorded $200 million in retail sales since its debut two years ago, is mounting a print and online campaign in September to support its launch into the U.S., where it plans to develop a network of some 300 stores. Although Sally Morrison, chief marketing officer for Forevermark, wouldn’t disclose the budget for the campaign, she said, “We will be the single biggest diamond advertiser in the marketplace.”

Forevermark will have to compete for eyes with the World Gold Council. At JCK, the gold industry’s trade organization unveiled the launch of its “Gold Makes It Marriage” print and online campaign intended to reinforce the significance of gold in marriage traditions. The council will spend in excess of $6 million on the campaign running July to September in magazines and newspapers, notably Elle, InStyle, The Knot, GQ and The New York Times. It has also brought on board wedding dress designer Amsale Aberra to be the campaign’s spokeswoman.

The news in jewelry circles isn’t all rosy, though. The soaring prices of gold and silver weighed on everyone’s minds and pocketbooks at the shows, as most jewelers passed along price hikes of 10 to 20 percent to retailers. Jewelers felt the increases wouldn’t dampen demand from the wealthiest customers for ultraexpensive pieces, but worried middle- and lower-income consumers might recoil from discretionary spending on the less expensive merchandise. Those concerns came to the fore with the release of the gloomy U.S. Department of Labor report that American employers added only 54,000 jobs in May and the unemployment rate rose to 9.1 percent.

With the economy uncertain, the emphasis was on price diversity, and many jewelers were sure to offer plenty for customers considering jewelry $5,000 and under at stores. Suneera Swarup figured the pricing sweet spot for her brand, Meus Designs, was $200 to $3,000 for blackened silver and 18-karat gold pieces. “I want to make a bridge between serious fine jewelry that can be worn every day, so there’s value, yet it’s fun,” she said. Temple St. Clair roughly doubled the number of items for $1,500 to $2,000 at retail in its core collections. Sally Sohn introduced necklaces with pendants of single ancient beads for $1,000 to $8,000 wholesale, a marked decrease from the $7,000 to $15,000 wholesale cost of her signature strands with five to 10 ancient beads interspersed with diamonds.

Layering with stackable rings or long necklaces was another strategy to deal with consumer price sensitivity. Pandora gave layering a twist with an S-lock clasp for $10 to $15 that enables customers to link up to eight necklace chains. In total, customers can choose from 30 chain styles for $60 to $290 from Pandora. “It allows you to build over time, so you don’t have to make that huge one-time investment,” said Keshia Holland, the company’s marketing manager.

Affordability was often key to sales because retailers’ appetite for risk remains far behind where it was prior to the recession. Emily Cohen, director of public relations at JudeFrances, said retailers regularly placed orders for $100,000 in 2007 and $30,000 was more likely for orders today. Sustainable fine jeweler Alberto Parada said orders skewed toward less pricy items, and retailers dabbled in the line, rather than taking it all. “The idea is to sell seven or eight pieces at a price point and one or two at the higher end,” he said.

Even Harari acknowledged retailers are cautious about large investments. “He will buy 10 $5,000 items and will ask me to loan him a $50,000 piece,” he said.

Perhaps counterintuitively, a handful of brands aren’t joining the lower price point fray and instead are headed upward. Irene Neuwirth launched a diamond collection from $15,000 to $200,000 at Barneys New York in April and said she sold 16 pieces in the first 10 days afterward. “I have no desire to go to a lower price point. I just want to go higher,” said Neuwirth. “I think that made my brand stand out because a lot of people went lower and the market got flooded.” Kwiat has encouraged its retailers to concentrate on higher-priced items and expects that encouragement to translate to its average retail price climbing by around $1,000 to $7,500 this holiday season.

No jeweler was excluded from rising material costs. Coping tactics for lofty gold prices ranged from trimming the gold in pieces to mixing materials. Mizuki’s starburst pendant backed with silver at $850 wholesale provided a lower-priced alternative to the same pendant entirely in 14-karat gold at $1,350. JudeFrances incorporated stainless steel into cuffs adorned with cross-and-skull motifs out of 18-karat white gold, white and black diamonds, and rubies wholesaling around $1,980 to $4,725. Harari, who has used a gold-silver hybrid dubbed “gilver” for six years, presented three earrings from $10,405 to $18,265 retail in a new 18-karat mix he called brown gold that is 25 percent cheaper than 24-karat gold. And he offered more economical options for 24-karat gold, such as a necklace with lightweight gold disks that, at $12,980 retail, was about 50 percent less than a necklace with heavy, round gold beads.

“He’s adjusting his metals and using less gold without making everything less interesting,” said Paul Schneider, who stocks Yossi Harari at the Twist jewelry stores in Portland, Ore., and Seattle he owns with his wife, Lauren Eulau. “People are just getting very creative.”

Jewelers continue to build businesses in bridal, believed to be fundamental to the market even as the economy’s fundamentals wobble. Ivanka Trump unveiled its wedding bands and engagement rings made from sustainable diamonds and recycled platinum starting at $7,000 and $15,000 retail, respectively. In two-and-a-half years, Penny Preville’s 25 engagement rings have entered 30 stores, and JudeFrances’ 47 semimounted engagement rings have broken into 12 stores in two years. Designer Annie Fensterstock’s organic engagement styles, primarily from $2,500 to $4,500 wholesale, have become 25 percent of her namesake brand’s revenues versus around 5 percent three years ago. She will soon have a competitor in the edgier engagement rings field in Irit Design, which is producing them for $2,500 to $7,500 wholesale.

Bridal isn’t completely unaffected by economic woes, however. Nareg Kitsinian of the jewelry brand Vanna K, which does 85 percent of its business in bridal and is in around 250 stores in the U.S., has detected a move to smaller stones in engagement rings as young couples struggle to make ends meet. “People want to see lower price points. The one carat in the past year has been where the demand is and even below,” he said, noting that settings for around $4,000 retail are popular in Vanna K’s assortment.

As jewelers seek new revenue streams, men’s jewelry is also attracting newcomers. Irit Ehrlich, the designer at Irit Design, is collaborating with Stone Temple Pilots guitarist Dean DeLeo on men’s chains, rings, earrings and cuffs wholesaling for $2,000 to $5,000. Hearts on Fire launched a collection of nine men’s diamond-accented titanium wedding bands from $400 to $1,350 retail. “Men don’t really want to invest a lot in a wedding ring, although they do want some hint of something more than just a plain band,” said Caryl Capeci, vice president of marketing at Hearts on Fire.