Typically, November and December is when big holiday movies likely to be in awards contention are doing promotional pushes, which means lots of red carpet opportunities, and lots of jewelry.

“It’s a bucket list moment for every designer to have one of their creations walk the red carpet at the Academy Awards,” said Los Angeles designer Anita Ko, who had just that happen in February when Scarlett Johansson wore the $2.5 million, 26.65-carat diamond loop earrings Ko created with Forevermark to the Oscars.

Besides showcasing the designer’s flair for modern pieces with movement, “it elevated my brand,” Ko said of her biggest celebrity placement to date, adding that the win amounted to millions of media impressions and trickled down to retailer enthusiasm, if not necessarily to direct retail sales, since the earrings were one-of-a-kind. “And now that COVID-19 has hit, I’m even more grateful because we don’t know if we will ever have the opportunity for that type of exposure again.”

Indeed, Hollywood — like the rest of the world — is a lot less sparkly these days. With pandemic restrictions, red carpets have largely been rolled up, and awards shows muted for the sober times or focused more on musical performances. Next year’s Golden Globes have shifted to Feb. 28 and the Oscars to April 25, with the formats still TBD but likely to be online.

All of which has dramatically altered the red carpet dressing derby that’s usually gearing up this time of year, and turned off the spigot of money that brands typically pour into the Hollywood economy, where stars can garner $100,000 to $250,000 for wearing a brand’s baubles on the red carpet.

“Everything is being reevaluated,” said one insider on jewelry brands’ strategy around celebrity dressing, and whether it’s worth all the expense, particularly during awards shows, which were suffering declining ratings even before COVID-19. (The virtual Emmys in September were the least-watched in Nielsen history, with just 6.1 million viewers.)

The pandemic has forced the fine jewelry industry to rethink marketing strategies with an eye to a more digital future, and along with that, how celebrities fit in.

Typically, November and December are when big holiday movies likely to be in awards contention are doing promotional pushes, which means lots of red carpet opportunities — and lots of jewelry. Brands take out guarded hotel suites and bungalows and fly in museum pieces from all over the world to woo stylists and talent and create relationships that can grow into lucrative brand ambassadorships, endorsements, social media partnerships and sometimes even ad campaigns.

“There is none of that,” said stylist and jewelry aficionado Micaela Erlanger, an ambassador for The Platinum Guild who unveiled the Forevermark x Micaela bridal collection in September. “In a normal year, I would be hosting events and press previews, not doing virtual desksides and webinars,” she said. “But without the red carpet, brands looking to tastemakers is a great option, because we are still the authorities.”

“We have seen celebrities and stylists take advantage of these times to talk about how to dress for IG TV segments, Zoom meetings and the like,” said Jenny Luker, president of Platinum Guild International USA, adding that online content typically focuses on “neck up” wardrobes, which can put even more of a spotlight on jewelry than full-length red-carpet shots.

“As always, we aim to continue dressing select talent in Tiffany jewels, for whatever form their appearances take, whether in-person or virtual,” said a spokesperson for Tiffany & Co., which in a sign of the times accessorized TikTok star Addison Rae in its edgier, more accessible HardWear collection for the fan-voted, audience-less People’s Choice Awards. “In this new normal, we’ll maintain a particular focus on custom content, including behind-the-scenes and ‘getting ready’ content.”

Case in point: For the at-home Emmys, Tracee Ellis Ross set up a red carpet in her backyard, where she twirled for her 9.8 million Instagram followers wearing a diamond choker and tagged Tiffany & Co..

Chopard is another brand closely linked to the red carpet, as lead sponsor of the Cannes Film Festival. Every year since 2007, the house has been creating a number of high jewelry pieces equivalent to the edition number of the festival. Because Cannes in its traditional film premiere-packed form was canceled last May due to the pandemic, 73 haute joaillerie creations never got to come to life on the Croisette. Instead, the brand released them through short films, social media campaigns and individual appointments with clients over Zoom, albeit without the same sales results generated by the celebrity luster.

Chopard is also looking more to stars’ social media feeds than traditional red carpet images for wins, like the post Kerry Washington created at home on Emmys night while wearing the brand’s 45-carat emerald earrings, and 19-carat emerald ring on a finger she placed prominently on her chin.

Did it have the same impact? When it comes to earned media impressions, which is the metric celebrity placements are judged on, not sales, “It is very difficult to compare the traditional Emmys vs. the at-home ceremony, but we have no other choice than to adapt ourselves to the pandemic,” said Caroline Scheufele, copresident and artistic director of Chopard. 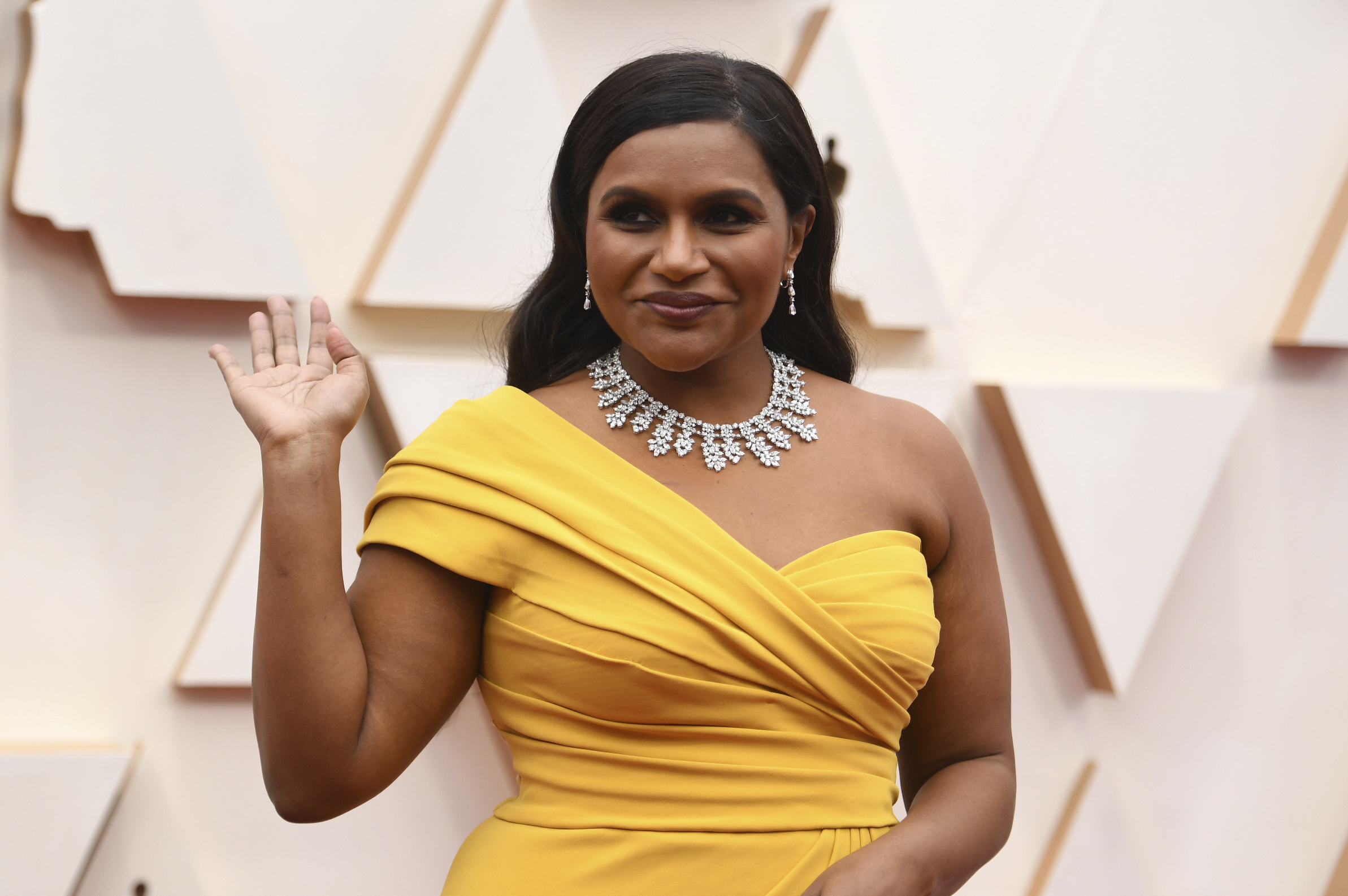 Smaller brands are seeing an opportunity in the disruption to pay-to-play business as usual to establish more of a foothold in Hollywood, including Silicon Valley-born, lab-grown diamond start-up Diamond Foundry. Its jewelry brand, Vrai, has been adding bigger stones to its offering to meet demand from sustainably minded celebs like Reese Witherspoon, who wore a custom 25-carat weight Vrai diamond tennis necklace to a press event in March.

“Now more than ever, consumers are passionate about supporting brands that prioritize socially and environmentally conscious business practices,” said Mona Akhavi, chief executive officer at L.A.-based Vrai, which has also been targeting tastemakers behind celebrities, with its latest Stylist Edit curated by stylist Samantha McMillen, for example, and an upcoming collaboration with stylists Rob Zangardi and Muriel Haenn.

“There’s increased awareness around the importance of sustainability, and consumers making responsible choices when it comes to their purchases. Recently, Chrissy Teigen, Lana Condor and Octavia Spencer have chosen to wear Vrai pieces at events and the emphasis on ‘green’ carpets is resonating across the fashion industry. At Vrai, sustainability is not just a trend but a brand pillar,” Akhavi said. Vrai is planning to open its first store in February on Melrose Place in Los Angeles.

For independent designers, bucket list red carpet moments may be few and far between, but they are finding other, more personal Hollywood opportunities. “We’re not getting a lot of studio pulls, and we’re not getting a lot of people coming in requesting expensive pieces, but people are still collecting jewels. We’ve done well with talismans, crystals and spiritual jewelry,” said L.A. designer Jacquie Aiche, who created her own celebrity moment, gifting Gigi Hadid one of her diamond “mama” nameplate necklaces, which the new mother posted to Instagram Stories after giving birth to her new baby girl with Zayn Malik. The designer has sold 15 “mama” necklaces ($5750 to $7750) since the post went live and was picked up by numerous media outlets in early October.

Others have been seeing a lift from stars buying, rather than borrowing, jewels. “You’d think celebrities on the red carpet would be more influential but they’re not, probably because they wear and promote so many things,” said L.A. jewelry designer Grace Lee, who recently opened a store in Venice. “But we’ve actually had some big, famous people buy, like Miranda Kerr and Charlize Theron…” 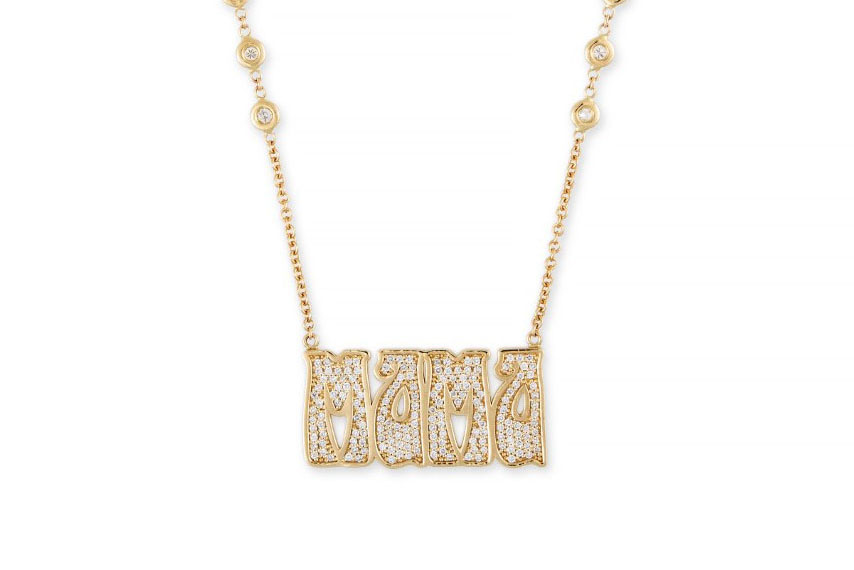