A fixture on the New York City social scene in the '70s, model-turned-jewelry designer Elsa Peretti is once again in the spotlight alongside her frequent collaborator Halston.

A fixture on the New York City social scene in the ’70s, model-turned-jewelry designer Elsa Peretti is once again in the spotlight alongside her frequent collaborator Halston. Blame Netflix, for its binge-worthy limited series about the iconic fashion designer that recently hit TV screens for a renewed excitement around the jewelry designer’s many creations. 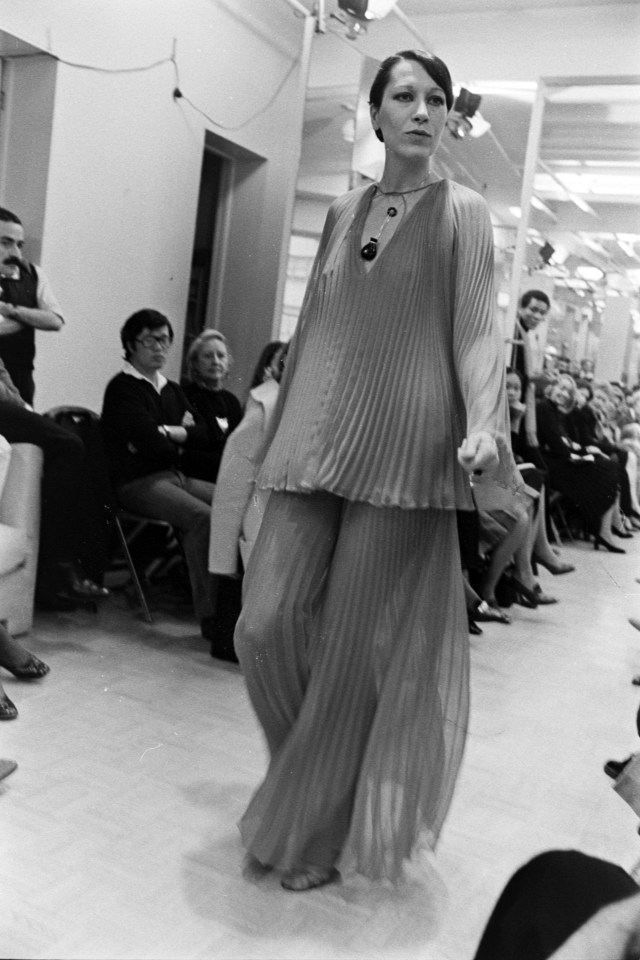 Peretti’s work is synonymous with Tiffany & Co., which she joined in 1974, going on to create some of the house’s most recognizable pieces. Peretti elevated silver and incorporated diamonds in everyday pieces — both revolutionary ideas of the time. After her passing in March, Tiffany’s said in a statement, “Elsa’s poetic designs and legacy will remain a constant inspiration for generations to come.”

And considering how much her work is featured throughout Netflix’s “Halston,” and the increased searches for her jewelry pieces, the jeweler that worked with her for so many years, was right. 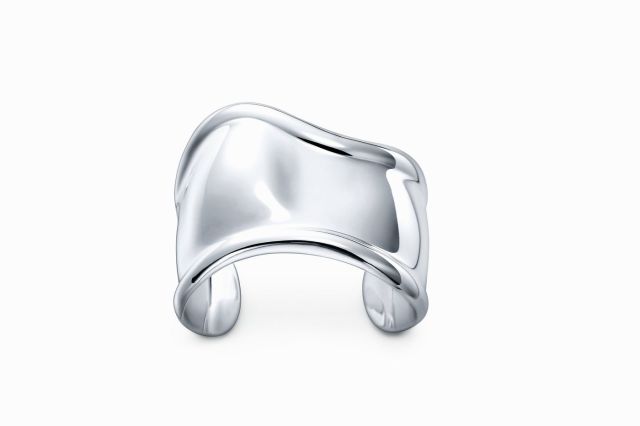 One of the most enduring of Peretti’s creations, her bone cuff took inspiration from a childhood encounter with a human bone. It underscores her idea of elevating and reimagining everyday, sometimes organic things. It has been worn by luminaries like Diana Vreeland, Sophia Loren and Liza Minnelli and still graces the wrists of celebrities and jewelry fans today. 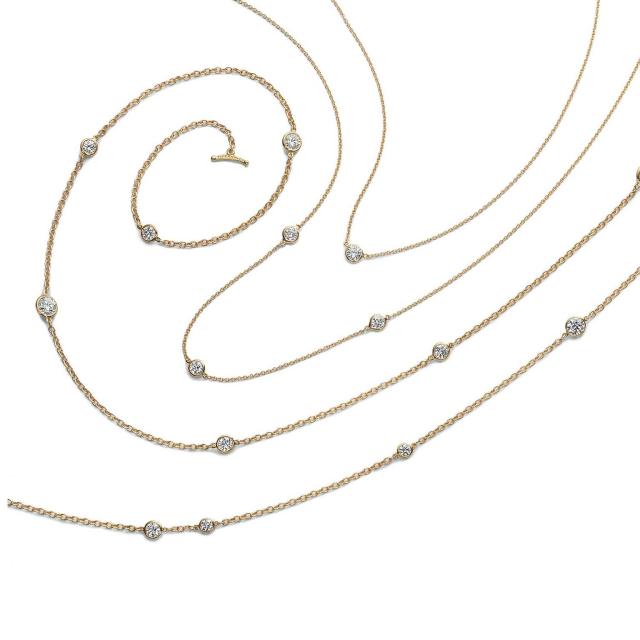 Elsa Peretti’s Diamonds by the yard for Tiffany & Co.

2. Diamonds By the Yard

Peretti was tasked with creating a simplified version of diamonds for women on a budget by Tiffany & Co. In seeing the long chains with small diamonds, Halston ingeniously dubbed them “Diamonds by the Yard,” and the name stuck. The design made diamonds more wearable, versatile and accessible. 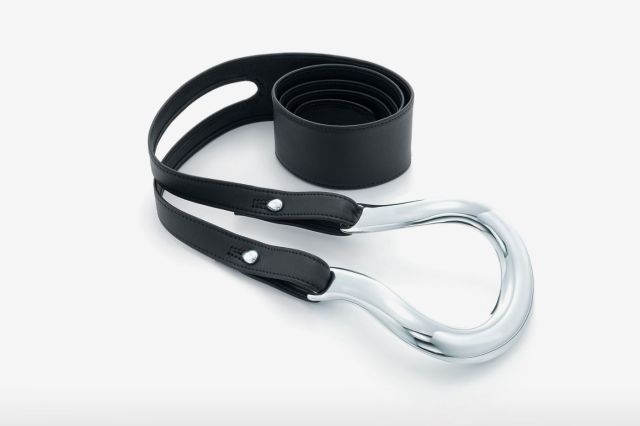 Inspired by horse-riding equipment Peretti saw on a trip to Mexico, this belt buckle was styled with a number of Halston designs. Similar styles have been shown on runways for brands like Celine and Hermès. 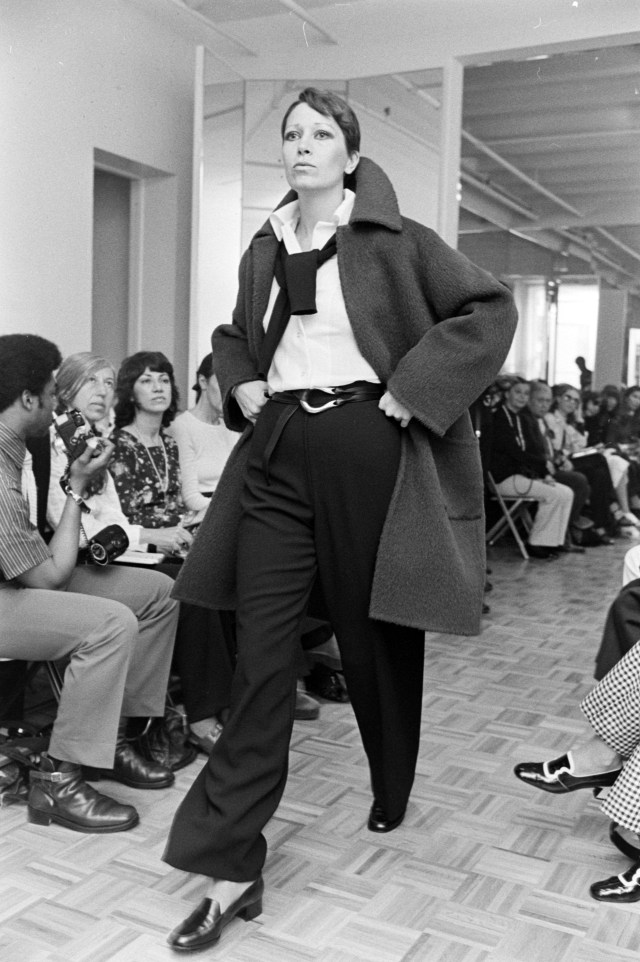 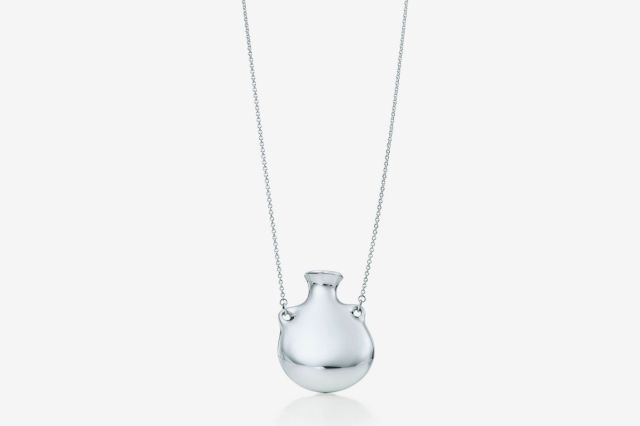 Minimalist and ultra-clean in its silhouette, the Bottle pendant was inspired by the young girls Peretti noticed in Portofino in the 1960s, who carried gardenias. The result is a bottle shape in metal, an elegant, sculptural beauty that would be present in all of Peretti’s future designs. 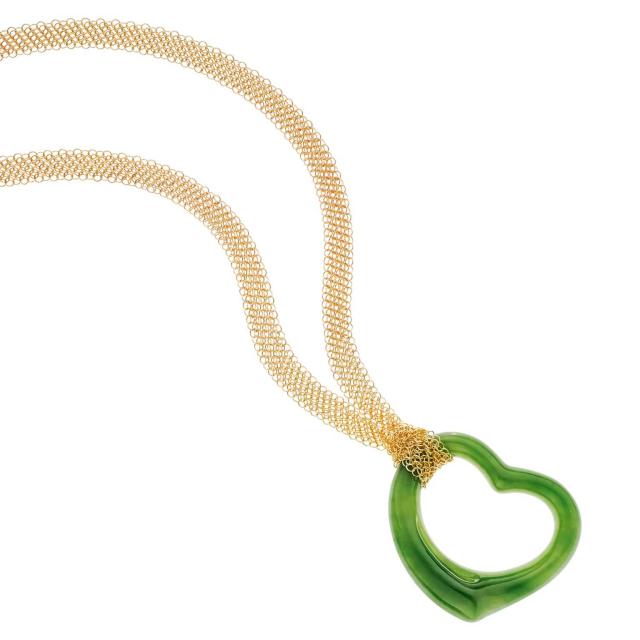 Peretti credits the empty and open spaces in sculptor Henry Moore’s work as the inspiration for this design. The pendant has appeared in countless magazine spreads and as a staple piece in sterling silver for character Bridget Jones in all three “Bridget Jones’s Diary” films.

The Return of Elsa Peretti for Tiffany & Co.