Jewelry Designs Step Out on the Red Carpet

The red carpet is still Bling Central, but smaller and more modern jewelry designs are finding a place there as well. 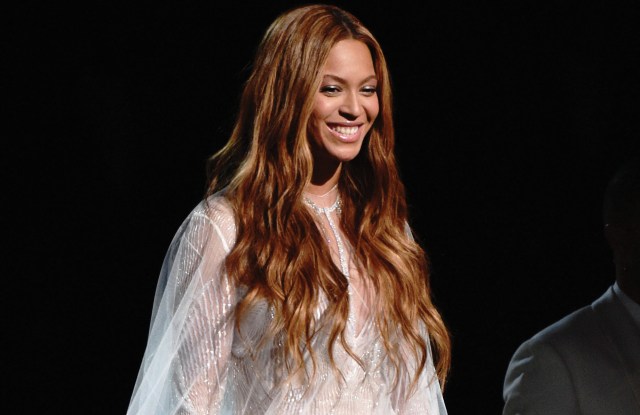 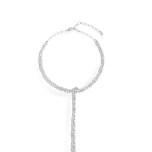 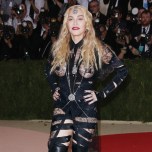 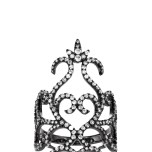 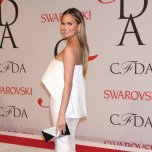 Say the words “red carpet jewelry” and most conjure a mental image of a movie star wearing a strapless mermaid dress, dripping in classic white diamonds. Each year, actresses at events from the Academy Awards to the Cannes Film Festival do just that. But increasingly, A-listers are stepping out at major events in fashion-forward fine jewelry by designers who aren’t quite the household names that Tiffany and Harry Winston are.

Hollywood-based stylist B. Akerlund, who counts Madonna, Lady Gaga and Beyoncé among her creative collaborators, has long tried to push the fashion envelope and says it’s only natural that more stars are catching on.

“Some of the bigger brands are great for the bling factor with the number carats they use, but it can get a little old,” she said. “I try to seek out modern yet classic pieces that tell a story.”

Besides her Hollywood studio, Akerlund maintains a showroom called The Residency, which serves as a resource for fellow stylists as well as an incubator for emerging talent. Among the fine jewelry brands she houses are Los Angeles-based rock ’n’ roll favorite Loree Rodkin; Lynn Ban, the New York-based designer whose rings Madonna wore to this year’s Met Ball; Paris-based Runa, and Geneva-based Stéfère.

“It’s my aesthetic to seek out rock ’n’ roll lines” she said, “but there are also refined lines that are creative and playful. They all have a nice edge, but they give you different stories.”

As Stéfère creative director Corina Larpin put it, “My vision when I design new pieces is to create something of a different design that is comfortable and still causes a statement.”

If storytelling is the essence of Hollywood, then it’s a welcome change for actresses to do the same with their fashions. Stylist Petra Flannery, who dresses Emma Stone, Amy Adams and Reese Witherspoon, among others, uses independent brands like Solange Azagury-Partridge, Repossi, Irene Neuwirth, David Webb, Anita Ko and Eva Fehren.

“[It’s] my point of view, but I incorporate elements of an actress’ personality, her film, and a designer’s own story,” Flannery said.

While Aklerlund and Flannery have different approaches to using jewelry — Aklerlund says “more is always more” and Flannery tends to have a restrained hand — they both seek the new.

Adams recently wore a geometric diamond bracelet and earrings and a black enamel and diamond lip-shaped ring by Azagury-Patridge.

“My red carpet placements tend to happen organically,” Azagury-Patridge said. “A lot of times, stars go with the big brands. A lot of [the brands] pay people to wear [their product], but I’m not in that market. It’s lovely if it just happens.”

In terms of how such placements help the brand, she said, “It kind of establishes you and becomes an asset, but I don’t know if it translates into sales. The people who buy really important jewelry don’t want anyone else to wear it before them.”

She added that nothing is guaranteed when no money is exchanged. “I had one incredible actress who was about to wear one of my pieces for the Oscars and at the last minute she went with a completely different outfit because her publicist told her she had to be more traditional.”

Despite that, Azagury-Patridge has dressed Thandie Newton, Charlize Theron and Anne Hathaway in her bold, colorful pieces.

“We’ve had a celebrity following since Madonna wore us in 2008, but in the last three years it’s become another world,” she said. Some actresses like Jennifer Aniston and Lupita Nyong’o own her pieces, or their friends have worn them.” In the last year, Alicia Vikander, Chloë Grace Moretz, Dakota Johnson and Emma Watson have all worn Khouri’s designs, which veer toward sculptural and modern yellow gold. Her edgy ear-climbers have also been popular among the younger set.

While she’s seen a bump in online sales after such images appear in the media, among her private showroom clients, she doesn’t see a difference. “If we made affordable costume jewelry, I think it would bring lots of sales. That being said, our retailers love the celebrity placements.”

Paris-based Valerie Messika, who designs with white diamonds in nontraditional ways — such as hand bracelets with “floating” settings that appear to lay on the skin like a fine web — noted that for her younger customers, the star factor is important. For example, when they see Kristen Stewart wearing her ear cuffs at Cannes, they buy smaller versions at opening price points.

Messika recently entered the red carpet realm, thanks to a chance encounter with Beyoncé two years ago. The singer spotted a ring in a Messika vitrine at Le Royal Monceau hotel in Paris and had her stylist inquire about it. The next day, she was photographed wearing it, and months later, requested a diamond tie necklace to wear to the Grammys. Stewart and slew of other Cannes celebrities followed suit a few months later.

Messika said that by designing edgy, wearable pieces, she’s helping to change ideas about wearing diamonds, on the red carpet and in real life: “Diamonds don’t have to be something we save for important life occasions anymore.”

Sometimes the biggest style-setters do the unexpected. Lady Gaga recently chose a pair of relatively tame David Yurman hoop earrings to celebrate Tony Bennett’s 90th birthday. The event was high-wattage, but Gaga didn’t go with an over-the-top statement piece as she easily could have. Yurman himself epitomizes low-key luxury, even in his high jewelry, which is built around rare stones and retain an organic, modern art-like sensibility.

However stars choose to wear red-carpet jewelry, as Akerlund put it, “It’s the final touches that can make or break an outfit. Accessorizing is what being a stylist is all about. The bling always catches your eye.”