The celebrity makeup artist is expanding her reach beyond beauty to fine jewelry. 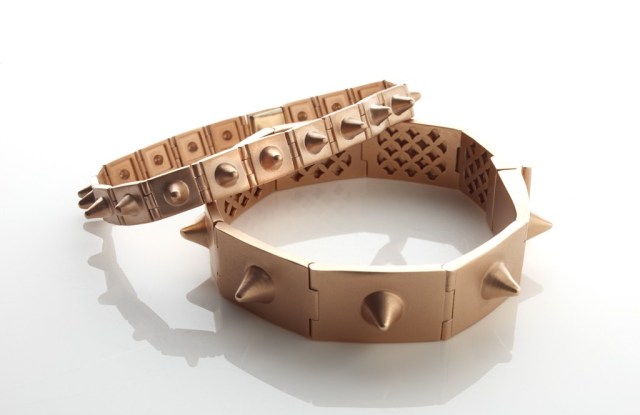 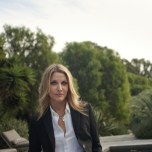 Celebrity makeup artist Jillian Dempsey is expanding her reach beyond beauty to fine jewelry. On Wednesday, she will launch the 18-piece Jillian Dempsey Jewelry collection at Maxfield, with prices ranging from $450 to $7,400. Her site, Dempseyjewelry.com will also launch that day.

Dempsey’s foray into jewelry isn’t a typical vanity project for the idle pampered set. Before she was married to actor Patrick Dempsey, she built a successful career prettying A-list actresses and has held posts at Avon and also created a makeup line. She continues to work on some of today’s busiest stars, including Jennifer Lawrence, Kristen Stewart and Kate Winslet.

But seeking another creative outlet, Dempsey began taking a sculpting class. “I learned how to do lost wax casting, and was looking to make some pieces on a smaller scale,” she said at her Malibu home, which was originally designed and owned by Frank Gehry. In the living room, her first two pieces, a nude woman cast in white ceramiclike material and a male torso cast in bronze, are proudly on display.

She began creating rings and pendants, several of which she molded while on set or during down time at press junkets. “I would bring my wax and just start sculpting away when I had time,” she said.

The pieces fall into two distinct camps which showcase Dempsey’s love of contrast — chunky, punk-inspired pieces and delicate ones such as tiny spikes topped with a diamond on a fine chain or simple earring posts.

“I’m a punk rock girl at heart but I still want everything to be pretty, so I liked the idea of making these tough-looking pieces in 18-karat rose gold,” she said of her preferred metal. Her studded “Anarchy” bracelet comes in four matte metals, but unlike most jewelry lines, each piece only comes in the one colorway that suits it best.

Everything shows her hand at work; she doesn’t use pre-made/manufactured chains; Dempsey molds each link herself, as on her heaviest piece, the “Punk Lock” dropped choker necklace. The snake-shaped bracelet and ring are also organically imperfect, as is a modified safety-pin shaped bracelet.

Dempsey is inspired by her surroundings, which are rugged and landscaped at the same time. “There’s a lot of textures — scaffolding, barn floors, corrugated tin and gravel,” she said, adding that her aesthetic is “a girlie girl with an edge.” So far, her clients have gotten first dibs on her pieces, which have also been spotted on Milla Jovovich, Emilia Clarke and Kate Mara.

Up next for Dempsey is a namesake makeup line made with natural ingredients due in mid-2014. “My daughter is reaching the age where she’s curious about makeup so I’m more conscious of the ingredients,” she said. She plans to start small, with just eyeliner (the eye pencils in her old line, Delux Beauty, were cult industry favorites). “We all drive around in Priuses, so why not apply the same good-for-you concept to your face?” she said.