Kate Moss Does Jewelry for Fred

The collection features 22 styles made from gold and precious stones. 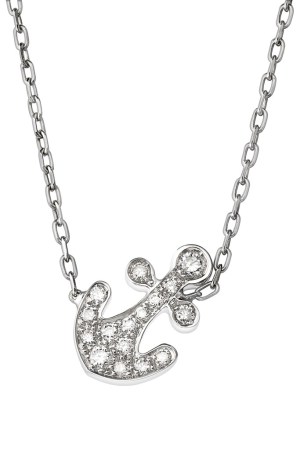 Chaumet to Hold Joséphine and Napoleon Exhibit at Vendôme Flagship

This story first appeared in the September 26, 2011 issue of WWD. Subscribe Today.

Moss has designed a jewelry line for the house, for which she has modeled on and off since 2005. Inspired by her tattoos (comprising anchor, heart, star and crescent moon motifs), the Kate Moss for Fred collection features 22 styles made from gold and precious stones. These range from stack rings retailing for 350 euros, or $473 at current exchange rates, to a wallet-busting 35,000-euro (or $47,300) diamond-and-ruby-encrusted scarf necklace.

The collection will go on sale on Oct. 1 in the brand’s stores in France and on its e-boutique. It will also be sold in the Fred shop-in-shop in Harrods in London, as well as in the brand’s freestanding store in Tokyo’s Ginza district.

Moss presented the last official collection for her clothing range for Topshop in December 2010 and has been designing a bag line for Longchamp, called Kate Moss for Longchamp, since early 2010.