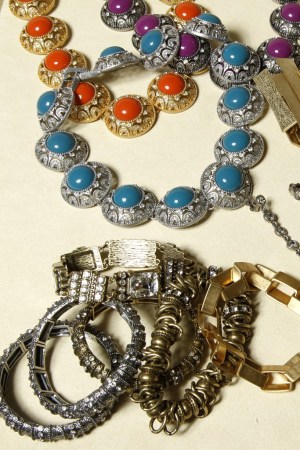 The Avon lady has some company on the sales trail.

But while Lia Sophia, the fashion jewelry e-commerce brand, might have a selling model similar to Avon’s door-to-door business, its bold message of rapid expansion and growth in global markets via e-commerce sets it apart from rivals in the accessories arena.

The 35-year-old family-run company, which sells trendy baubles through a network of 30,000 sales advisers, is expanding to Asia, Latin America and Europe.

Already sold in Germany and Canada, Lia Sophia has gained street cred for its innovative sales strategy in foreign markets.

Through shopping parties and personalized events, advisers interact with potential shoppers and provide feedback to Elena Kiam, Lia Sophia’s creative director, who works with her husband, chief executive Tory Kiam, to create a selling strategy for the region.

Tory is the son of the late entrepreneur Victor Kiam, former owner of the New England Patriots and Remington Products, which he bought in 1979. He famously starred in commercials for Remington’s electric razors, saying, “I liked it so much, that I bought the company.’’ The elder Kiam bought a jewelry company, Act II, in 1986, changing the name to Lady Remington. After he died in 2001, Tory took over and rebranded it as Lia Sophia, after his two daughters.

The brand owns factories in Asia and has distribution centers in the Toronto suburb of Richmond Hill, Canada; Schaffhausen, Switzerland, and Chicago, where it is headquartered. It also has a quality control center in Qingdao, China.

Each market has its own characteristics, Elena Kiam said. House parties might work in the U.S., but in Asia, for instance, advisers do not go door-to-door.

“You need to understand how they shop,” she said, explaining that typically, houses and apartments in China are smaller than in Europe and the U.S. As a result, advisers introduce clients to the product at a common venue, like a meeting hall, instead.

Those advisers will also highlight which celebrities have donned Lia Sophia, as “celebrity culture” is “critical” to Asian shoppers, Kiam said.

Lia Sophia reels in “several hundred million dollars” in sales annually. With a broad jewelry offering priced between $18 and $500, the brand has been able to weather the economic recession.

“We’re very nimble,” Kiam said. We have started our expansion in Europe by doing business in Germany, making sure that this market is on very solid ground before we enter any other European markets, including Switzerland. Since we are family owned and have no outside investors, [we have] the flexibility to be very thoughtful as we build our business. We are very focused on our North American markets, which continue to be strong. In Canada, we are up to 4,000 sales advisers in three years’ time.”

She added that South America and Asia have large potential for both direct sales and jewelry, and “we are evaluating our prospects, given the huge scale of those markets.

“If you ask us who would we like to be when we grow up,” she added, “we would like to [have a Starbucks-like following] in the jewelry space.”