The jeweler was in New York to celebrate her collaboration with Baccarat. 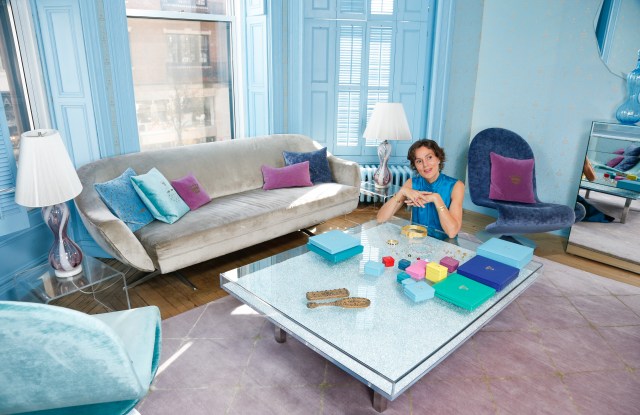 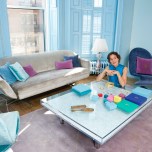 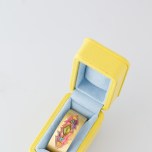 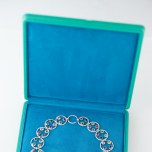 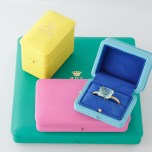 The observation by Marie-Hélène de Taillac explains a great deal about the jeweler’s approach to her work. Hers is among numerous voices across the luxury sector questioning the ever-increasing speed at which the industry runs. “Why two new collections each year?” she mused. “Why not one?”

“We have this need of novelty, which is very much driven by the press and the stores. The stores think they need new things to sell, but in fact, the reality is we sell all things,” de Taillac said while in New York last week for a press event marking her collaboration with Baccarat, launched in July.

De Taillac spoke in blunt terms about the allure of such a partnership. “The beauty of doing Baccarat is, I do the sample and then they manufacture it. I get the crystal from them and I cut it in workshops in India and I make it exactly how I want it to be made, and then they make a mold out of it. They have the distribution, they have all the stores, they can handle all the headaches of making quantities. It generates income for my company and it means that I can focus on what I love, which is making special things.”

Yet one should not infer from that comment an affinity for over-the-top opulence. De Taillac described her aesthetic as “delicate.” She works primarily with colorful stones, often in fanciful combinations, set into lustrous gold. The price range is vast, from $80 for a cotton-cord charm bracelet to $350,000 for a ring with a rare Padparadscha sapphire. The majority of the business falls between $3,000 and $60,000 with most pieces intended for frequent use. “I like jewelry in the day, so I don’t do so much that’s big and fancy,” she said. One exception: a piece she designed to wear to a big event at the Met. After receiving the invitation and determining that she didn’t have a piece grand enough for the event, she made a choker of diamond pavé circles set in platinum and dotted with seemingly random semiprecious stones. The double-sided pavé, she notes, is extremely difficult to execute.

De Taillac’s design process typically starts with the stones, each setting derived for maximum celebration of the gems it will contain. Her approach is painstaking down to the last detail — box included. Each piece comes in a custom box, its colors and dimensions chosen specifically for its enhancement. Yet de Taillac is anything but precious when it comes to handling the merch. While most jewelers break out the gloves for visiting guests, she prefers a hands-on approach. “Jewelry is against your skin,” she said. “It’s the most tactile thing; it’s very sensual. You have to touch it. If you touch it with your glove, you lose that.”

De Taillac lives in Paris with her teenaged son and travels frequently to Jaipur, India, where she keeps her studio at the famed Gem Palace. In addition to 47 wholesale outlets in Japan, the U.S. and France, she has her own stores and showrooms in Tokyo, Paris and New York, as well as shops-in-shop, at Isetan Tokyo and Hankyu Osaka.

Her New York showroom on East 69th Street, in a space above her store, projects like a sophisticated fairy tale, a feminine palette of blues, purples and pinks played off of clean-lined, mid-century seating re-covered in velvet and arranged around a large, square Yves Klein table, its surface a shallow box filled with loose aquamarine stones — 46,000 carats of them.

That table represents more that de Taillac’s aesthetic; to her, it’s a visual manifestation of her independence. “This is why I never took an investor,” she said. “Because there’s nobody to tell me, ‘Why do you want to spend so much money for this table?’ Because I think it’s beautiful. Or, ‘Why are you spending money on this doing that [expensive piece]? You’ll sell many more things at $500 or $2,000.’ I want to do what I want to do.”

To that end, de Taillac is considering cutting back on her wholesale accounts to focus on the kind of special pieces she can present at will in her stores. For example, for a project currently underway at Isetan, she reissued a number of archival pieces to note her 20th anniversary in business. “It’s a pleasure to work on [such a] on a special project,” she said. “When I do wholesale, it’s complicated — doing duplicates of things and always trying to fulfill an order.”

De Taillac finds ironic the fact that luxury, which at its core should be about enjoyment through beauty, often takes an opposite toll on those engaged in its creation. “I don’t want people be stressed,” she said. “I want people to have a nice life, [or] why do we do it? It’s your quality of life that matters.”

“When you have a business, you’re always reassessing how you want your business to be,” she continued. “At the end of the day, I can sell [it], so if I do it, I have to do it on my own terms. It’s an interesting time in the fashion and luxury business. We have to rethink the way we work. For sure.”