Marina B Gets Accessible

Upon being named the creative director of Marina B last November, Giorgio Bulgari faced a daunting task. 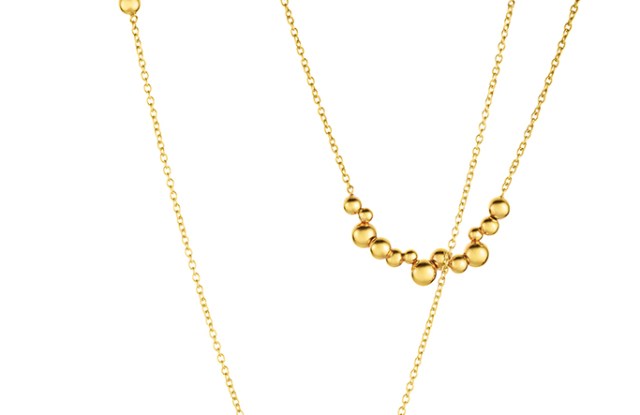 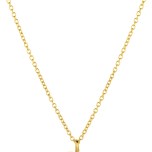 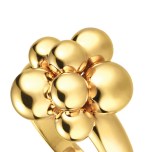 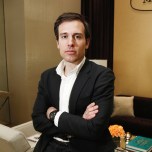 Upon being named the creative director of Marina B last November, Giorgio Bulgari faced a daunting task. Not only was he taking the creative helm of a storied fine-jewelry brand, he was also taking on a family business.

“It’s not a cliché — it’s tough to work for the family,” said Bulgari, the 38-year-old nephew of the brand’s founder, Marina Bulgari, who founded the independent label in 1978. She is the granddaughter of Sotirio Bulgari, the Greek silversmith who established the famous Roman jeweler in 1884. Marina had served as co-chief executive officer of Bulgari SpA before leaving to start her own company.

In the late Nineties, Marina B was sold to private investors, with Marina on board as an adviser for several years before she retired. The brand went through another change of hands in 2012, with Paul Lubetsky, an investor and ceo of Windsor Jewelers, taking control of Marina B And now, with Lubetsky still on as ceo, a Bulgari family member has returned to the company.

“There is an intimacy that creates a complexity to the relationship here. I am 10 times more motivated to be at Marina B because of my aunt, whom I love dearly and speak to regularly about what I’m doing. It adds a whole other dimension to this.”

Giorgio Bulgari’s mission is to expand awareness of the company. In April, he introduced Mini Atomo, his first collection for the brand. It’s a modern spin on one of the core Marina B collections, Atomo, characterized by clusters of 18-karat gold spheres. “The concept is threading beads or spheres differently,” he said. “It’s timeless. It doesn’t have a single diamond on it — it’s all 18-karat gold. I have an aversion to pavé, and Atomo has never had pavé on it. It’s also one of our bestsellers, so it was logical to me [to expand it].”

The new interpretation sees the concept in small iterations, relating to a lower price point and, per Bulgari’s intention, a younger customer for the brand.

“I have to think about my wife,” he said. “She’s a constant reminder of our generation, and we need to have a young generation discover Marina B. You always have to come to terms with numbers. We try to follow our core values but we also have to be realistic about the market and with distribution. Sometimes products are conditioned by that.”

The company has already seen a positive market response since the Mini Atomo launch. “Since opening our flagship on 57th Street in late 2013, we saw double-digit growth in the first year, and sales for the first half of 2015 are already exceeding expectations,” Lubetsky said. “This is due to the success of Mini Atomo. The brand also continues to do well at auction, where vintage high-jewelry pieces command premium prices. That interest in high jewelry is also reflected in strong sales with our current collection, including pieces we’ve done in collaboration with Gemfields.”

Bulgari described the brand as “niche.”

“Being a niche brand is an opportunity for us, because we’re in a world where everything is mass-ified,” he said. “Everywhere you travel, you have the same stores selling the same things, and that becomes very tiring. The luxury world is aspirational for a lot of people. They want to distinguish themselves, and if they didn’t have niche brands, they would have no way to do that.”

Going forward, Bulgari is planning collections that are more accessible than some of Marina B’s high-jewelry offerings, as well as the elaborate, fine pieces that the brand is known for. “One really can’t live without the other,” he said. “If we didn’t have this heritage, you would perceive us differently. We’d be like the young, trendy designer jewelry in Barneys doing accessible stuff. That’s not who we are — its exactly the opposite. It’s a top-down approach.”

And that approach, he noted, is Marina-approved. “She gives me advice, of course,” he said. “She’s extremely opinionated and that’s how she got where she is. I take that into consideration — sometimes I try them, sometimes I don’t, but at least we have that dialogue.”