The brand will unveil its first women's collection today on miansai.com. 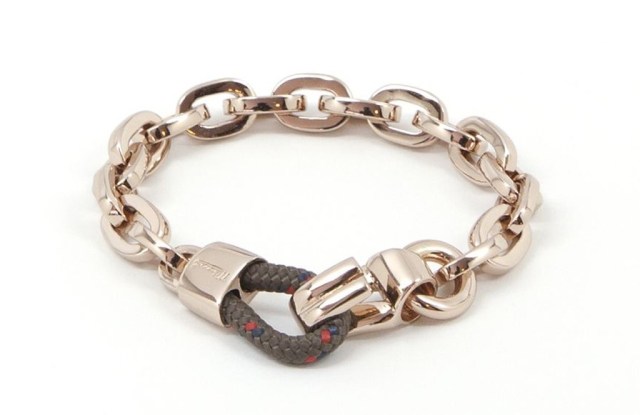 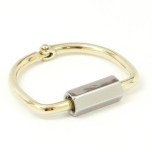 Miansai will unveil its first women’s collection today on miansai.com.

Comprised of bracelets, rings and necklaces — a mixture of new styles as well as pieces that incorporate the brand’s classic hook and anchor motifs —the line will retail from $55 to $1,200.

Established as a men’s collection in 2008, many of the bracelets — especially the leather hook and anchor wrap styles and brass, silver and rose gold-plated screw cuffs — have resonated with both genders. Miansai’s distribution spans 250 doors in 37 countries worldwide such as Barneys New York (where all doors will carry the women’s line), Bergdorf Goodman, Neiman Marcus, Colette, Liberty and Selfridges.

“[Miansai] is equally liked by women. Maybe it’s because men’s wear is such a trend in women’s fashion, maybe it just has a unisex appeal,” said Michael Saiger, the brand’s founder and creative director.

He estimates that although 80 percent of the core collection can be worn comfortably by either gender, the metals, sizes and colorways offered in the women’s line are more feminine. Rose gold is the prominent metal (followed by gold, silver and a selection of brass pieces), and there are more pastels and brights offered.

“I like that there is crossover between the markets; it brings a great consistency to the brand. In launching women’s, we are offering the ladies something different that can account for the 20 percent of the core collection that may be too masculine for them,” Saiger continued.

The Mini Hook bracelet contains a smaller hook than the original Hook, and is only offered in sterling silver or solid gold. (The regular style is offered in solid gold, as well as plated options.) The silver version retails for $65 and yellow and rose gold for $265 each. The Nova, a delicate hand-linked chain bracelet with a colored nylon rope closure, retails for $215, and the Naomi, a structured cuff with a barrel that screws open and closed, for $215.

According to chief financial officer Fernando Martinez, wholesale business from 2012 to 2013 increased by 95 percent, with much of this coming from the launch of new items like timepieces. He declined to reveal actual sales volume.

Martinez revealed that 58 percent of the business comes from North America, 26 percent from Europe, 10 percent from Asia and 6 percent from the rest of the world. He projects the highest business growth for the year will occur in Japan, which is expected to have a 130 percent jump in sales from 2012.

“The biggest difference in launching this will be seen on the retail front, as we are opening our wholesale business to a whole new market. Currently, Miansai sits in the men’s section of department stores and boutiques, and all of the buyers we work with cover the men’s market,” Saiger said. “[Now] the brand will begin to work with women’s buyers, opening accounts with retailers we currently work with as well as establish a working relationship with new retailers.”