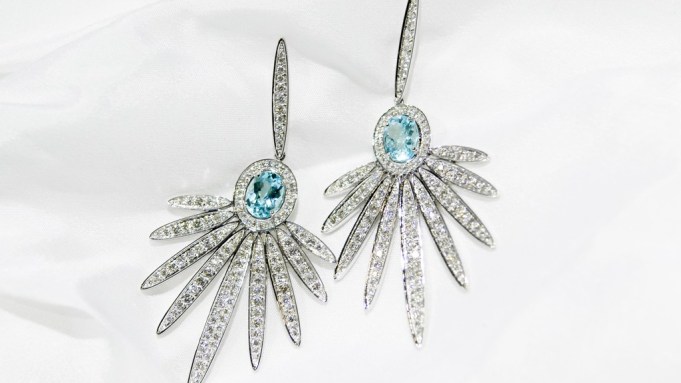 “Vicenzaoro represents an important opportunity to meet and deal with people, and it also offers the chance to see what’s going on in the industry in terms of creativity and design,” said Manish Dhamani, director at Dubai-based Dhamani jewelry retailer. Dhamani, who stressed that his customers are highly fashion-conscious and seeking hyper-luxury jewels handcrafted in Italy, said his company’s budgets for the next three months total around 4 million euros, or $5.3 million at current exchange.

Among those taking advantage of the Middle East’s momentum is Roberto Coin, who revealed his satisfaction with the results that his namesake company reported in 2012, especially in the United Arab Emirates, along with the U.S. and Russia.

“I think that the first five months of 2013 will be difficult due to political, religious and financial turmoil globally, but we forecast an improvement starting in May,” Coin said.

Last year, revenues at the Valenza, Italy-based company, which opened a flagship in Dubai in 2012, grew 17 percent compared with 2011. “We expanded our offerings with fresh items featuring a wider price range,” Coin said. “Our customers have everything, so we are pushed to offer products that will catch their attention with style, price and innovation.”

In its elegant stand, Roberto Coin presented its new fine jewelry range, which showed a strong focus on gold.

For example, the company introduced the Florentine Collection, which includes yellow gold cuffs and rings featuring a sophisticated floral geometric pattern obtained through a special artisanal technique. The brand also expanded its Arabesque range, which comprises bracelets in different shades of elaborately carved gold embellished with diamonds, and mixed gold with recycled ebony for chain necklaces and bracelets.

Serving the current needs of the international market, the company, which this year will open two franchised stores in Kiev, Ukraine, and Baku, Azerbaijan, reduced the price of its gold jewelry by 10 percent.

To boost its international expansion, luxury jeweler Damiani is investing in a retail strategy.
According to Damiani chief executive officer Guido Damiani, the company is opening five doors in the next few months, including three freestanding stores in Japan.

“We are also negotiating with local partners to open franchised boutiques across Asia,” Damiani said, citing Malaysia, Saudi Arabia and the Philippines among the most appealing emerging nations for the brand. “Asian customers are willing to invest money on luxury, precious jewelry and buy high-quality, Italian-made products.”

On the other hand, Damiani highlighted the difficulties of the national market, where wholesalers are struggling due to a slowdown in consumption.

“Because of the [economic]crisis, in Italy we are developing more accessible pieces,” said Damiani, citing the Damianissima.925 silver collection, which has been enriched with three heart-shaped pendants in mother-of-pearl, black onyx and red carnelian, along with the Damiani D.Icon line of rings and bracelets in gold and ceramic, embellished with small diamonds.

After a 10-year hiatus, Italian fine jewelry company Pasquale Bruni is gearing up to reenter the North American market this spring.

The brand, which is introducing its collections at five Neiman Marcus stores and at 15 high-end specialty boutiques in March, will be distributed in the U.S. by New York-based Anime Group.

“Our goal is to generate $10 million in revenues in the first 18 months,” said Anime Group president Alberto Petochi.

Pasquale Bruni, which currently counts Italy and Russia among its most important markets, is launching some of its signature lines in the U.S., including the company’s worldwide bestseller Mandala.

The sophisticated collection mixes oriental and natural references in a color combination inspired by chromotherapy. It has been enriched with two new pendants, including one combining pink gold, quartz and topaz.

In addition, American customers will be able to purchase the Twenties-inspired Bon Ton range, featuring quartz stones wrapped in gold to resemble the shape of a cornucopia, along with the “70 Queen” collection, including a cross pendant necklace in brown diamonds, black spinel and onyx.

The U.S. is the first market for niche luxury brand Mattia Cielo, which posted triple-digit growth in North America in 2012.

“After four years of growth, in China we hit a roadblock, caused by a general slowdown in jewelry and watches, while we are very satisfied with the results coming from South America, especially from Venezuela and Colombia,” said the company’s founder Mattia Cielo, who also hopes to expand his business in Korea, “a country with a very interesting culture, but which still has many distribution issues.”

At the trade show, Mattia Cielo presented the Rugiada collection, consisting of rings, bracelets and hoop earrings made with a flexible titanium alloy covered with gold and decorated with diamonds, multicolor stones and pearls, as well as the Universo line, which includes revisited classic jewelry pieces such as gold, colored diamonds and semiprecious gem rings that feature a modular structure for a perfect fit.

Italian company Rosato, which was acquired by jewelry group Bros Manifatture in 2011, aims to relaunch its business this year.

“We have ambitious projects for Rosato,” said Bros Manifatture ceo Lanfranco Beleggia. “We strongly believe that customers are willing to invest in high-quality and personalized products.”

The brand, which is focused on feminine and glamorous gold charms embellished with diamonds and precious stones sold at prices from $800 to $8,000, is developing its business in Italy, where it plans to open a flagship at luxury resort Forte dei Marmi in Tuscany, in April. It’s also boosting its expansion in the Middle and Far East.