Mikimoto christens a revamped flagship and launches a tome on the history of the gem. 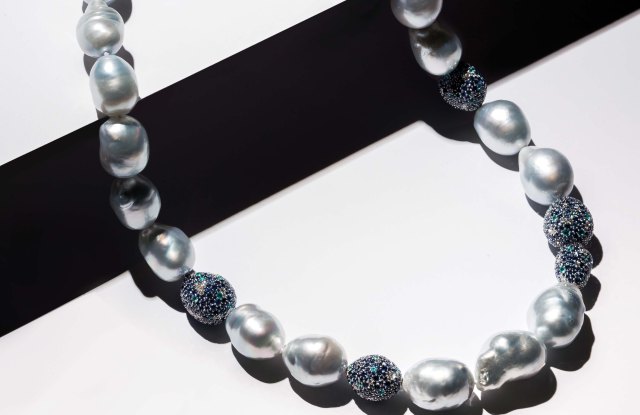 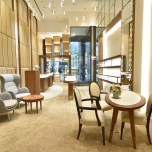 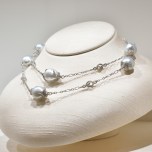 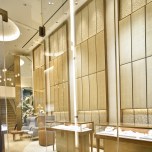 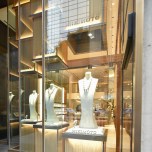 The pearl giant has unveiled its renovated flagship in the Crown Building — which is also home to luxury boutiques Piaget, Bulgari and soon, Ermenegildo Zegna — at 730 Fifth Avenue, at 57th Street, in New York.

The updated 1,800-square-foot space reflects the same design principles found in Mikimoto’s stores in Hong Kong; Nagoya, Japan, and Taipei, Taiwan, and reveals a new “gold standard” for the company’s retail outposts going forward, according to Yugo Tsukikawa, senior vice president of marketing and brand strategy in the U.S.

“Everything has derived from this new starting point,” Tsukikawa explained, citing 2017 as a milestone year for the company, when Mikimoto will unveil its flagship in Tokyo’s Ginza district. The store has been completely revamped and stands 12 stories high. (Mikimoto operates 27 global stores — including four in the U.S. — with 174 points of sale worldwide.)

“It’s a beautiful store, but you have to envision: 15 years from now, will we still think that?” Tsukikawa said. “And I think, hopefully, the answer will be yes.”

Aside from its cultured pearl strands and jewelry — including conch, melo, baroque and akoya pearls from the White South Sea, Black South Sea and Golden South Sea — the boutique also houses a gallery with other precious gems, including diamonds, emeralds and sapphires.

“Mikimoto was known as a purveyor of pearls, but after 123 years, we’ve evolved. At one point, more than 60 percent of our sales in Japan were in diamonds and other stones,” Tsukikawa said. “Nonpearl jewelry has always been a big part of our business outside of the U.S., and in the U.S., we’re entering that jewelry space as well.”

To mark the New York store reopening, Mikimoto also unveiled its latest coffee table book in collaboration with Assouline, “The Pearl Necklace,” at a cocktail party on Oct. 25 at Omar’s La Ranita in Manhattan.

Through images of fine art, film, advertisements, illustrations and fashion photography, the 300-page book, authored by London-based jewelry historian Vivienne Becker, follows the history of the pearl as modeled by a wide range of women, from Renaissance queens and maharajas to Hollywood starlets.

There’s a Joseph Karl Stieler painting of Maria Anna von Bayern, Princess of Bavaria, wearing strands of pearls in the mid-19th century; a Eugene Robert Richee photograph of Louise Brooks wearing a pearl necklace in 1928; a still from the 1974 film “The Great Gatsby” of Mia Farrow as Daisy Buchanan, and a Bruce Weber photograph of Lady Gaga circa 2015, with a Mikimoto Akoya cultured pearl necklace dangling from her mouth.

“Pearls have always been and always will be,” Tsukikawa said. “We’re blessed with a product that has history — and staying power. From Cleopatra to today’s modern woman, pearls exude a sophisticated elegance. You can see that through the book. I was thinking about it, and if I were to make an analogy: Within the company, a pearl is like a rose and the diamonds are like baby’s breath. The pearl is truly the queen of gems.”