Lab-grown diamond brands emerged last year, branding themselves as a more ethical alternative to mined stones, but now diamond producers are fighting back.

LONDON — The lab-grown diamond market has emerged with much fanfare as a more ethical, sustainable and better-priced alternative to mined diamonds. The rocks were endorsed by pop culture heroes ranging from the Duchess of Sussex to Taylor Swift and heralded as the way forward for younger, more sustainably minded consumers.

The hoopla doesn’t sit well with the Diamond Producers Association, which recently commissioned a report by Trucost that looks to take a closer look at the environmental impact of lab-grown diamonds. Although they are marketed as more environmentally friendly, producing them requires large amounts of fossil fuels.

That this report was even commissioned spotlights another issue as well: All of the world’s diamonds have already been created and the supply, therefore, is limited. For decades, the big miners have controlled the flow of diamonds into the market and the newcomers — with their potentially endless supply of alternative rocks — have disrupted the industry.

“There has been a lot of fake news or false information about the impact of lab-grown diamonds,” said Jean-Marc Lieberherr, chief executive officer of the Diamond Producers Association. “It’s in the interest of these brands and manufacturers to try to paint the best possible picture, and environmental impact has been one of the selling points of this product.”

The reality, he argues, is that it takes a huge amount of energy to produce man-made stones. 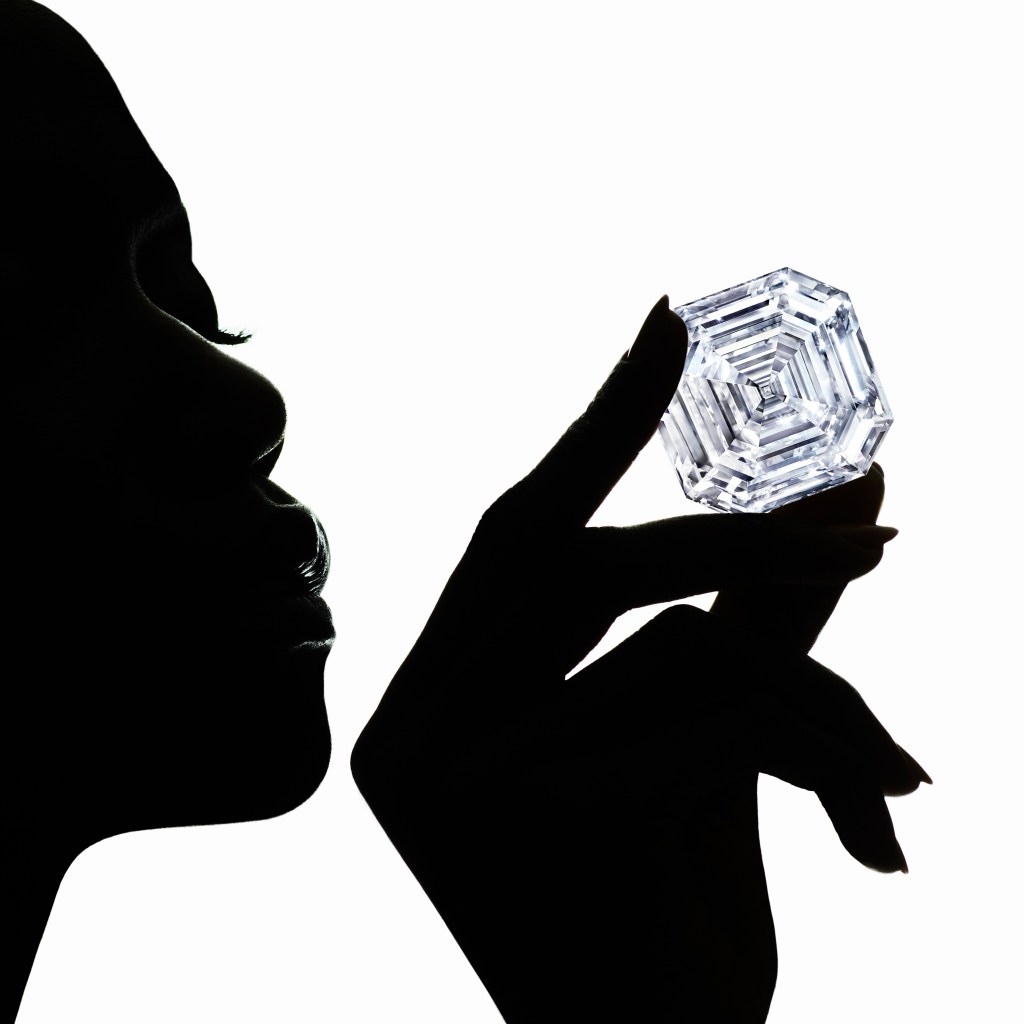 According to the report, the creation of a 1-carat natural diamond results in 160 kilograms of CO2 emissions, while a lab-grown diamond of the same size results in 511 kilograms.

The estimates were calculated by looking at information on brands’ web sites, media coverage and by talking to lab-grown diamond producers.

According to Lieberherr, the high energy consumption is a result of lab-grown gem manufacturers trying to create the same amount of energy in laboratories that the Earth had to deploy over millions of years to produce natural stones. The process in a lab requires fossil fuels and cannot be completed with the use of renewable energy only.

The report also acknowledges the environmental impact of the traditional mining industry.

“We are not hiding behind anything, we acknowledge that mining requires making holes in the ground. We are putting things into perspective by saying that yes, we are disturbing the Earth, but we are not leaving any waste behind — 99 percent of the waste is crushed rock,” said Lieberherr.

He also acknowledged the issue of the industry’s carbon emissions through the use of fossil fuels and electricity. He pointed to efforts to use more renewable energy, by utilizing wind farms, for instance, or to De Beers’ project to use the rocks that diamonds are extracted from to capture carbon and offset harmful emissions.

For their part, lab-grown diamond brands acknowledge that they are not perfect either, and are working with labs to use as much renewable energy as possible.

In a laboratory environment, they argue, it’s easier to maintain full control of the supply chain and ensure that workers are paid fairly: “Blood diamonds can’t be made in labs, and children aren’t exploited there. People are fairly paid for their work. There are plenty of reasons to choose lab-grown diamonds, including the lesser impact they have on the environment. In reality, how much more earth can we dig?” said Jessica Warch, cofounder of the brand Kimai, which has been worn in the past by Meghan Markle.

“Up to 1,750 tons of earth has to be displaced to mine just 1 carat or 0.2 grams, of diamond and a million miners in Africa earn less than a dollar a day with some dying in accidents. Child labor is also common in this industry. We wanted to change the story when we discovered lab-grown diamonds,” added Warch, who comes from a diamond-trading family in Antwerp, Belgium.

Jason Payne, cofounder of the label Ada Diamonds also pointed to the added use of larger lab diamonds for laser lenses or surgical knives.

“When you buy a lab diamond, you’re directly funding these amazing technologies that will change our world,” said Payne.

He also argued that as the number of mined stones dwindles, traditional diamond miners are resorting to more environmentally harmful ways of extracting stones from the earth.

Livia Firth, whose consultancy firm Eco-Age advises brands on how to become more sustainable, is siding with the traditional miners.

“People are thinking that buying a synthetic diamond is the answer, but if every (diamond miner) shut shop, tomorrow communities would die. It’s not the answer,” she said.

“There are no social or economic benefits from making synthetic diamonds. Diamond mining has loads of negative impact, but the positive impact on the communities is huge. We’ve been to visit a mine in Botswana which was run by this strong woman and it was having a really positive impact on the entire community,” said Firth, who believes the answer is making the mining supply chain more transparent. 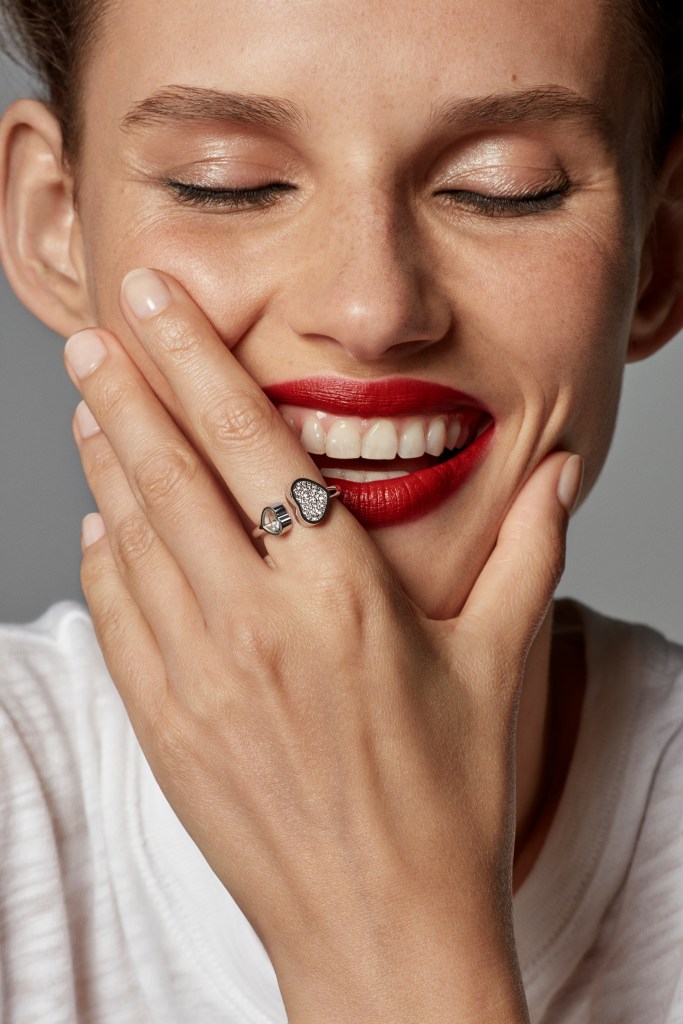 As a close collaborator of Chopard’s, she has worked with creative director Caroline Scheufele to ensure that all the gold used by the house is fair-mined. They are now starting to look further into diamonds and other gemstones.

The Trucost report also looks into the ways that mining supports communities by training and employing locals, many of whom are women.

“We are not employing the local population because we think we want to do good — it’s the only way to run a business. The result is that a huge ecosystem is created around our mines, which employs thousands of locals, and also injects millions of dollars into the local economy,” said Lieberherr.

He also pointed to the lack of sociopolitical value in the lab-grown industry, which is mainly backed by private equity investors.

The Diamond Producers Association is also working on improving the employment benefits of workers in the coal mining sector and broadening the scope of the Kimberley Process — an initiative started more than 12 years ago following the release of the film “Blood Diamond,” which starred Leonardo DiCaprio and captured the attention of many consumers who were worried their rocks had come from battle zones or had helped finance warlords.

The outcome of man-made versus natural diamonds remains to be seen. Lab-grown diamonds still only represent a small section of the market, and are yet to impact sales of natural stones.

There are new brands such as Lark & Berry, which has quickly grown with its own retail store in London’s Marylebone and which recently hired former LVMH Moët Hennessy Louis Vuitton executive Paul Ziff as its North American brand president; Kimai and Innocent Stone, which launched to market in the last two years.

Swarovski also stood behind man-made diamonds for its high-end Atelier range and brought in collaborators such as Penélope Cruz and Stephen Webster to promote the rocks. 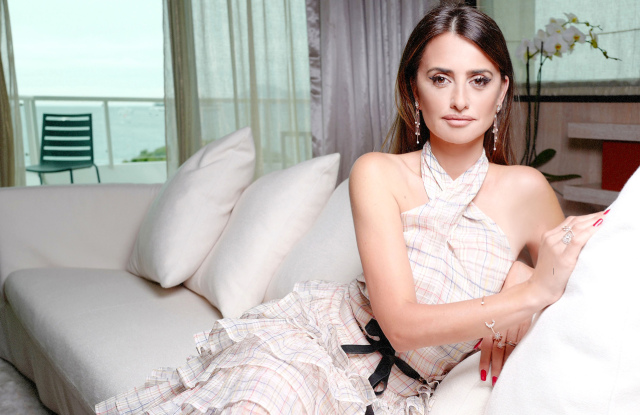 Prices from other labels selling lab-grown gems can range from $98,000 for a diamond necklace, to $2,490 for a pair of lab-grown diamond and ruby earrings and $190 euros for a dainty single earring.

De Beers also tapped into the commercial opportunity of lab-grown jewels by debuting Lightbox, although it clearly highlights the distinction between its mined stones across all of its marketing. The prices are also vastly different with Lightbox products selling between $200 and $800, far below the current prices of mined diamonds.

Celebrity backing and contradicting sustainability claims have inevitably impacted consumer confidence and sparked a heated debate, very much like the one surrounding faux versus real fur.

“Consumer awareness of laboratory-grown diamonds in markets like the U.S. or Europe is now at 50 percent. But only 6 or 7 percent of consumers can actually tell you what these stones are,” said Lieberherr, pointing to the multitude of terminologies used to name this new type of stone — often referred to as lab-grown, cultured or man-made — as a primary reason for the confusion.

Cost and a false perception of value are also leaving customers flummoxed.

According to Lieberherr, lab-grown diamonds are up to 80 percent cheaper than mined ones at wholesale, which allows retailers and brands to take huge margins on each sale.

As competition stiffens and more brands emerge, prices — and consequently margins — are bound to come down, leaving early adopters with a product that was bought at an inflated price, but that doesn’t have the value that was promised.

“There is no resale value for laboratory-grown diamonds because it’s an industrial product, so why would anyone buy it back?” added Lieberherr.

Ambiguous marketing and questionable promises regarding the ethical and monetary value of lab-grown diamonds has also led the Federal Trade Commission in the U.S. to send warnings to eight brands for making unsubstantiated eco-claims on social media posts and failing to clarify that their stones are not mined.

“After reviewing your web site, Instagram, and Twitter advertising, we have concerns that some of your advertising of jewelry made with laboratory-created diamonds likely falsely implies that the jewelry has mined diamonds. Similarly, several Instagram and Twitter advertisements depict or reference diamond jewelry without clearly and conspicuously disclosing that the diamonds are laboratory-created,” wrote the FTC in a letter seen by WWD. The names of the brands addressed were not disclosed.

That said, buzzy, celebrity-endorsed names like Kimai or Ada Diamonds insist that highlighting the fact their stones are lab-grown is a proud selling point.

“We proudly share the origin of our diamonds with our clients at every step of the process. We have never had a client who was confused about the origin of the product they purchased from us. All of our diamonds above 0.50 carats are laser-inscribed and come with a grading report stating that the diamond is laboratory-grown,” explained Payne of Ada Diamonds. 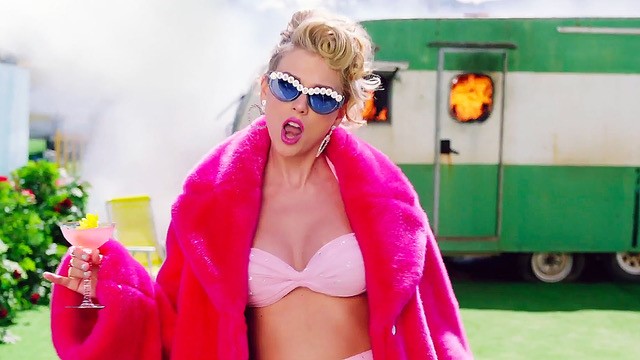 “We really want people to buy into our mission as much as as they do our designs,” added Warsch.

Is there a middle ground?

According to Lieberherr, lab-grown diamonds should be marketed as a “pretty and affordable” product that can claim its own space in the fashion segment, rather than market itself in the same sector as fine jewelry and mined stones.

“It’s a beautiful product at an attractive price, so it has a space in the consumer market, but it’s not the same space as that of a natural diamond. It really caters to the fashion jewelry section, a segment where [mined] diamonds have a very tiny share,” he said pointing to De Beers’ Lightbox range as a prime example.