History in the making. 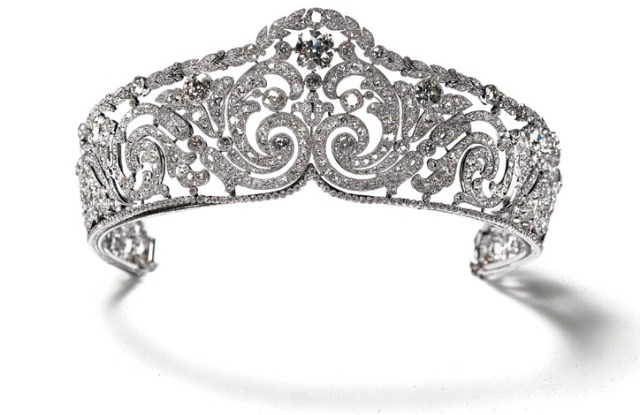 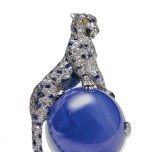 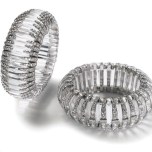 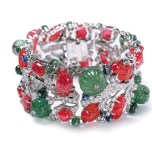 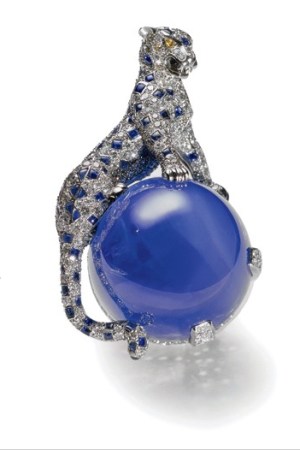 “It was emotional to receive one of the pieces that our predecessors had created,” says the director of Cartier’s high jewelry workshops, Xavier Gargat, of the mythic ceremonial Patiala necklace his team painstakingly restored following its rediscovery in London in 1998 in a badly damaged state.  Bereft of most of its major stones, the piece was originally commissioned in 1928 by the Maharaja Sir Bhupindar Singh of Patiala. As the biggest and most impressive necklace ever made by Cartier — featuring a total of 2,930 diamonds — the Art Deco-style wonder, comprising five diamond-encrusted platinum chains, carried in its glory day a central cascade of five large diamonds punctuated with the 234.65-carat yellow De Beers diamond. Celebrating a bygone  era of opulence, the restored necklace is to be exhibited in the Victoria & Albert Museum’s upcoming exhibition “Maharaja: The Splendour of India’s Royal Courts,” in London this fall.

Meanwhile, a number of vintage Cartier jewelry pieces are set to be showcased in an upcoming Cartier exhibition in Beijing’s Hidden City, running Sept. 3 to Nov. 24.

The turn of the 20th century saw a rush of delicate “garland style” jewelry designs produced by Cartier, crafted from a new sturdy but lightweight platinum alloy, mixed with diamonds and pearls. Tiaras, brooches, necklaces and corsage ornaments with articulated mounts wore gossamer neoclassical motifs such as fl oral swags, tassels and ribbon bows. Louis Cartier is said to have pored over a variety of sources of ornamentation for inspiration for his designs, from the decorative motifs found on Paris’ old hotels or the garlands of fruit adorning Versailles’ Petit Trianon to lace and wrought-iron works. Pictured above is Cartier’s Scroll tiara, dated 1910, made from platinum with round- and old-cut diamonds and a single cushion-shaped diamond,  using a millegrain setting. The piece was sold to Queen Elisabeth of Belgium.

NEXT: The Duchess of Windsor’s “Great Cat” Clip >>

Conceived following World War II by Cartier’s former director of high jewelry, Jeanne Toussaint, the house’s panther and tiger jewels were to become an important part of the Windsors’ legendary collection. The Duchess of Windsor owned the first creation in a series of three-dimensional “great cat” jewels by the house, seen in a black-enamel-spotted gold cat with emerald eyes, crouched on a vast emerald cabochon of about 90 carats. The piece was purchased in 1948. Here, the Duchess’ second three-dimensional clip from the series, dated 1949, has a sapphire cabochon-spotted, diamond-encrusted panther  with pear-shaped yellow diamond eyes perched atop a 152.35-carat Kashmir sapphire cabochon.

This pair of white Art Deco bracelets — crafted from 47 rock crystal half-disks edged with platinum, as well as baguette-, round-, old- and single-cut diamonds — was sold to Gloria Swanson in 1930. The original bracelets, as well as a photo of the actress wearing them over a pair of long black leather gloves, are part of an exhibition by Paris’ Les Arts Décoratifs museum entitled “Art Deco and Avant-Garde Jewelry, Jean Després and the Modernist Jewelers,” which ends July 12.

Commissions from India’s Maharajas would open up colorful horizons for Cartier’s designs for its Western clientele, seen in the creation of a number of multicolored botanical and floral compositions from 1925 on, often using gems sourced in India. Key stones included vivid rubies, sapphires, emeralds and diamonds, with some engraved, likely by Indian artisans, or carved into fruit or leaf shapes. Among the most famous pieces from the era was the Tutti Frutti necklace, designed for Daisy Fellowes in 1936. Tutti Frutti is a registered Cartier trademark. Here, the house’s Tutti Frutti strap bracelet, a special order for Cartier New York in 1928. Materials include platinum, brilliant-, round-, old- and single-cut diamonds; ruby cabochons; leaf-shaped carved rubies; fluted or smooth emerald beads, and sapphire beads studded with collet-set diamonds. Black enamel was also used to create a shadow effect.