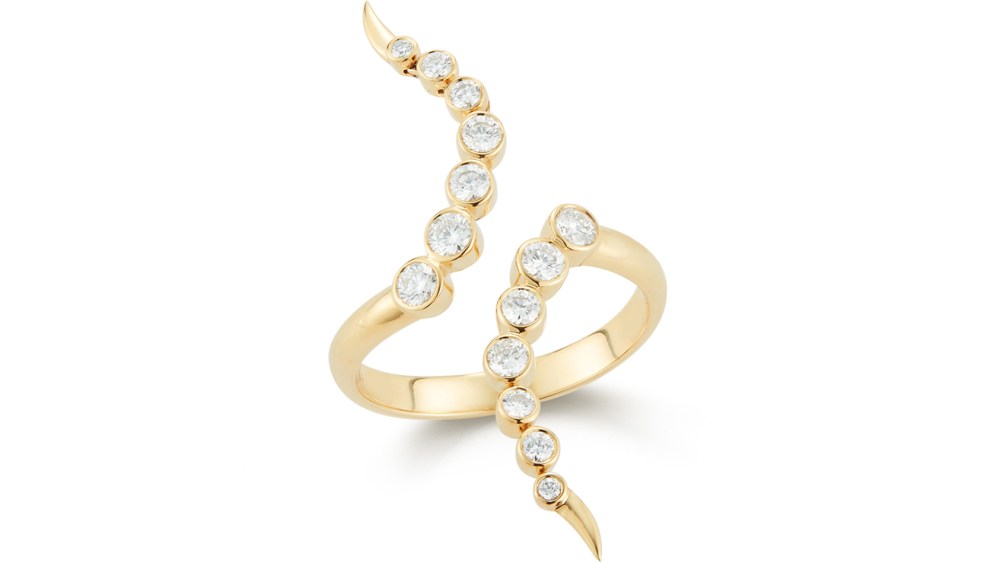 Fine jewelry might be booming as self-purchasing continues to normalize among women. But in an industry that uses gold, platinum and diamonds in lieu of fabric and thread, designers have found it difficult to raise the amount of capital necessary to jumpstart a new line.

One designer has found a solution. Enter Ondyn, the new brand by veteran jeweler Tara Maria Famiglietti that launched last month in partnership with jewelry sourcing and production firm, Clover.

Famiglietti drives the label’s design, marketing and branding efforts while Clover takes the burden of raw material and production costs — an unconventional arrangement that alleviates much of the red tape that fine jewelry designers can face today. The two parties originally met nearly a decade ago, when Famiglietti was consulting on designs for Clover’s various in-house labels.

“We have had a relationship with Tara over the years and knowing who she is a person, we recognized how talented she was — she’s someone we have always wanted to collaborate with, it felt natural. This is the first time we’ve taken someone from the outside on this level and offered them a partnership — it’s something quite unique,” said Clover principal partner and vice president of manufacturing Brandon Friedlander.

Ondyn has been founded as a line of “intrinsic” pieces meant for daily wear, and is particularly geared toward women purchasing jewelry for themselves.

“It’s this kind of jewelry that I felt was needed. It’s something women can wear all the time; they don’t necessarily have to take it off. I keep that in mind when I design, and how women [purchasing for themselves] are probably just a little more conscious of buying something that won’t be out of style in a year,” said Famiglietti, who also operates her own by-appointment jewelry line.

The name Ondyn alludes to “undines,” or the water nymphs included in the writings of Swiss Renaissance physician, Paracelsus. The mythical figures later played a key role in the play “Pelléas and Mélisande,” by Maurice Maeterlinck, which inspired compositions by Claude Debussy, Gabriel Fauré and Arnold Schoenberg.

For Famiglietti, the name is a means to articulate her line’s “inspiration of water and movement.” Her launch collection — comprised of 14-karat gold and diamonds — incorporates subtle wave motifs, with some pieces featuring articulated joints to allow its precious components to undulate like water. “It’s sort of a study of the curve of waves and the curve of water,” Famiglietti said.

Ondyn’s earrings, bracelets, rings and necklaces range from $595 to $7,495 and the brand donates $50 from each sale to The Group for the East End, an advocacy nonprofit that protects and restores nature on Eastern Long Island, including bodies of water.

Famiglietti has already developed follow-up collections, with designs featuring emeralds and ombré sapphire effects. As for the industry’s hottest-button issue — lab-grown diamonds? “Like my mom says, I like my salmon and my diamonds wild. There is something about the process it takes to make diamonds that makes it special to me.”