Markets have become accustomed to exceptional performances from the group, whose share value has quadrupled since it went public in 2010. 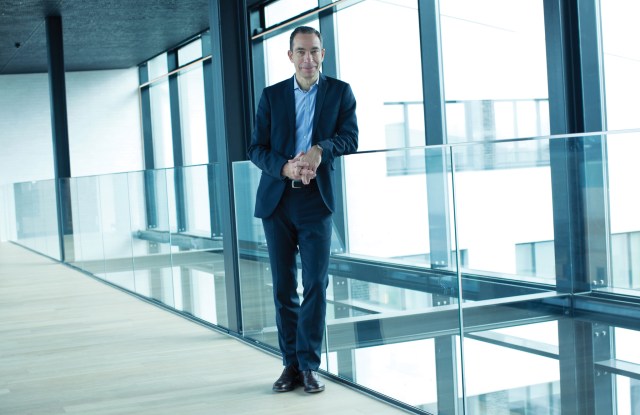 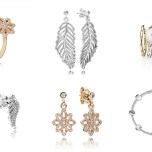 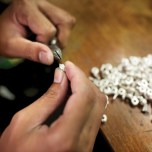 When it comes to company dynamics, Danish jewelry group Pandora has led a pretty charmed life — literally — having rocketed into the big leagues of the “affordable luxury” fine-jewelry segment on the strength of its signature product, the Pandora charm bracelet, which heralded the brand’s international breakthrough following its launch in 2000.

This story first appeared in the October 26, 2016 issue of WWD. Subscribe Today.

Markets have become accustomed to exceptional performances from the group, whose share value has quadrupled since it went public in 2010. Total revenues this year are expected to increase by 20 percent to more than 20 billion Danish kronor, or around $3 billion at average exchange for the period, up from 16.7 billion Danish kronor, or $2.5 billion, the year prior. That would cap off what has, by any measure, been a stellar 12 months for the brand, which is what earned Pandora the WWD Honor for Best-Performing Company — Large Cap. The company rose to the top with strength across a range of financial and social-media metrics, including a 33.7 percent increase in sales, a gross profit margin of 74.1 percent and net income margin of 26.3 percent for the year ended June 30, as well as a leading ranking on Instagram engagement from Stylophane.

To get some more perspective on Pandora’s achievements, the National Jeweler in 2012 ranked the company as the third-largest jewelry chain in the U.S. in terms of store numbers, behind Signet Jewelers and Tiffany & Co. Meanwhile, a market survey conducted by Ipsos for Pandora in 2015 — across 28 markets and targeting women aged 18-plus — placed Pandora ahead of Cartier and Tiffany & Co. in terms of brand awareness.

But it’s not all been smooth sailing. In the driver’s seat since March 2015, chief executive officer Anders Colding Friis joined Pandora as the company’s fifth ceo in five years. Pandora’s initial public offering in fall 2010, which came two years after private equity fund Axcel had acquired a 60 percent stake in the company, was followed by a significant downgrade of the brand’s sales projections, causing its shares to plummet 65.4 percent in a single trading day, on Aug. 2, 2011. A shift in pricing strategy by then-ceo Mikkel Vendelin Olesen in an attempt to offset rising gold and silver costs had upset the balance for the brand. But its midtier positioning, based on high-quality silver and gold pieces in an affordable price range, have helped it rebuild its strong momentum.

Colding Friis, in an interview at Pandora’s new global office in Copenhagen, credited former board member Marcello Bottoli, who was brought in to temporarily replace Olesen, with helping get the company back on course.

“When you look back at what happened, it was a very important moment in the history of Pandora. The company had introduced rings priced at between 2,000 and 3,000 euros [around $2,200 to $3,300 at average exchange]. We had introduced watches and had increased our prices by 30 percent in the space of a year and that kind of stopped the company’s growth.…The company at that time got a little lost,” says the executive, who’s seated at a table in his office.

Clad in a clean-cut, navy Tiger of Sweden suit sans tie, he looks at home in the room’s modern decor, based on contemporary Scandinavian design elements with playful nods to the Pandora universe, like a bowl filled with colorful reject Murano-glass charms. On the bookshelves behind his desk sits a model of the company mascot, Winnieper, a comical looking beast — part lion, part giraffe and part bumble bee — which is named after Pandora founders Winnie and Per Enevoldsen and is meant to symbolize the company values of pride, passion and performance.

Prior to joining Pandora, Colding Friis was ceo of Scandinavian Tobacco Group, the world’s largest maker of cigars and tobacco. The seasoned executive says Pandora for him represents a “forest of opportunities,” both from a geographical and product-offering perspective. The focus, he says, is to become a full jewelry company with all the different categories represented, “without jeopardizing our core base.

“If you look at the branded share in jewelry compared to other categories, it’s rather small and is expected to grow.”

One of the first products Enevoldsen, who cofounded Pandora in 1982, ever created was a silver ring and today the category represents a respectable 12 percent of total revenues, boosted by an increased focus on the segment since 2014. The brand is also seeing traction with earrings, part of the firm’s strategic focus beginning this year, Colding Friis says, though Pandora’s cornerstone product continues to power on. (Charm bracelets and charms accounted for 79 percent of revenue in the second quarter of this year, for instance.)

Gifting is still a major part of total sales, with a slight increase in self purchases, he says, though shopping habits vary according to territories. “Consumers in the Anglo-Saxon countries look very much at the meaning, a lot of people buy memories, it could be a silver heart with a cubic zirconia or, for somebody going to Paris, we have an Eiffel Tower in the assortment.…Then we have a continental Europe segment where people are looking more at pieces to complete their look and less on the importance of the meaning,” he explains.

The Pandora charm bracelet is broken into two main collections: The classic Moments concept, offering more than 700 themed charms in 14-karat gold, sterling silver, Murano glass or enamel with bracelets in 14-karat gold, sterling silver and colored leather, and the Pandora Essence collection, introduced in November 2013, which is based on slender bracelets and necklaces in plain or beaded designs and a 14-karat gold bangle, with a range of symbolic, engraved charms crafted from stones and gems. The silver heart is Pandora’s best-selling charm globally.

The biggest challenge, says Colding Friis, is to stay relevant with the consumer. “We do it by making sure that we upgrade our product — we work from seven drops a year — and we have a very good and skilled product team. If you look at how the product offering has developed over the past five years, it’s pretty amazing to see what they’ve done.”

The brand in 2014 entered into a strategic alliance with The Walt Disney Co. on a Disney-themed Pandora jewelry collection distributed in Walt Disney World Resort and Disneyland Resort stores, as well as in Pandora shops, throughout the U.S., Canada, Mexico, Puerto Rico, Central America and the Caribbean. In an extension of the alliance, Pandora in November 2015 launched the collection in 13 markets in the Asia-Pacific region, including Australia, China and Japan. But the focus, Colding Friis reiterates, is on the “constant development of new products.”

“We were approached by Disney and found that there was meaning in working with them on a special collection, and we will continue developing products, so it’s a long-term relationship,” he says. “But it’s a one-off; you won’t see Hello Kittys in our stores anytime soon.”

Pandora boasts more than 8.9 million Facebook followers and more than 8.4 million Pandora Club members, where customers can peruse product and create wish lists. Since launching in the U.K. in November 2012, the company also operates e-commerce sites in all major markets, including a new site launched in China in collaboration with Tmall.com, with its own e-commerce store to follow there in December. But for Colding Friis, the best way of influencing consumers is “through our product and stores combined with communication.”

Pandora — which is still rolling out its new Evolution retail concept across the world that includes more environmentally friendly features like LED lighting — at the end of the second quarter counted 8,919 points of sale globally. That includes 1,920 so-called concept stores, entirely dedicated to the Pandora universe, of which 525 are owned and operated by the group. A further 250 to 300 stores are due to be added yearly internationally going forward.

The brand is present in more than 100 markets, led by the U.S., which represents around 30 percent of revenues, “but if you look at where our penetration is highest today, it would be U.K. and Australia,” says Colding Friis. This past year, the company upped its presence in the Asia-Pacific region, its fastest-growing one, driven by strong growth in China. “We will continue to develop the brand’s geographic footprint and will strengthen our brand across the world to make sure we stand united with one brand and one brand platform,” the ceo says.

“If we don’t have the same mind-set of where we’re going, it will be difficult to get there,” continues Colding Friis, who implemented the Agility Project to help get the various layers of the group’s inter-departmental structure aligned and encourage employees to “work together across the value chain.”

“I think that building a company and getting so many people together involves a lot of entrepreneurial spirit and it’s important we keep that in the company so that people feel empowered to do the right things in the markets, in their functions, in the products, in the marketing and so forth,” he says.

The company’s new global office, based in Havneholmen in central Copenhagen in an ultramodern, five-story building, unites all of Pandora’s Denmark-based departments — including legal, ethics, investor relations, product and marketing — under one roof, as well as its EMEA regional office and Nordic market office.

With some 17,800 employees under his responsibility, the hands-on executive also spends “a lot of time in hotels and planes. Here in this house you can bring people together and we can talk to each other and agree on where we want to go with the company, but you also have to touch people around the world,” he says.

The company in October opened its second crafting facility in Thailand. Based in Chiang Mai in the country’s north, the state-of-the-art site is Leadership in Energy and Environmental Design, or LEED, certified. The design process of Pandora’s collections is managed out of Denmark, then developed in cooperation with the company’s designers and craftsmen in Thailand. All manufacturing takes place in Thailand, where some 13,000 specially trained employees finish the creations by hand.

For Colding Friis, one of the company’s core strengths is its vertically integrated business model, from design and raw material procurement through to production and sales. “I think a very important part of our success is that, from the start, we were set up as a manufacturer. The founder was a goldsmith himself. He owned a small jewelry store in an affluent area of Copenhagen and the reason he started Pandora was that he couldn’t find the quality he was looking for from wholesalers. He took the cheapest ticket he could get and went to Asia and started looking for people who could supply him, ended up setting up his own [factory] there and then, in the year 2000, founded the idea of the Pandora charm bracelets,” he says. “What he saw was that charm bracelets had been around for thousands of years but one of the problems with them was that all the charms hang down, so he invented dividers that he patented and [things took off from there].”

In terms of leadership, the executive likes to keep an open-door policy, as much for the company’s employees as for himself. “I like to be challenged, I like people to state their opinion to me, that’s the only way I’ll learn new stuff,” says Colding Friis. “My adventure at Pandora started one-and-a-half years ago…but actually the adventure is not written by me, it’s written by [the Pandora employees] and we all depend on each other so only when we play together is it going to work well. It was the people of Pandora who created this. It is also the people of Pandora who will make sure we have a good future.”