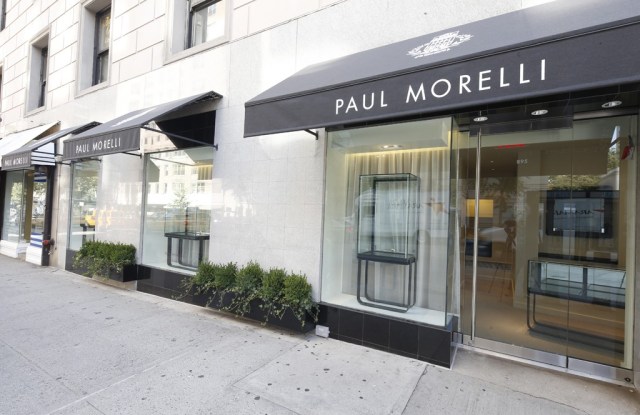 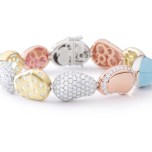 NEW YORK — Paul Morelli is a Philadelphia loyalist through and through, but come Thursday, the jewelry designer is planting seeds in the middle of Manhattan’s cutthroat competition.

“We’re trying to reposition my company and raise awareness to the outside world,” said Morelli. “We know who we are, and have known who we are for a long time. We felt like it was a good time to open, after years and years of being what some people perceived as a best-kept secret. We wanted to step out and make a little dance step in the spotlight.”

At May’s CFDA Awards, Morelli’s jewels had a moment in the spotlight, thanks to Rihanna, who paired her see-through crystal Adam Selman gown with the designer’s moonstone-and-diamond earrings.

Morelli has been eyeing the New York real estate scene for some time in an attempt to find a good spot for his stand-alone boutique. After looking primarily downtown, Morelli settled on the Upper East Side, on the corner of Madison Avenue and 72nd Street — near Ralph Lauren, Monique Lhuillier, Frédéric Malle and Bond No. 9. “There are a lot of new, big brands moving up,” he said of the location, which will have a soft opening this week. “This spot is just a great spot.”

Since founding the brand in 1981, the business has been primarily Philadelphia-based; Morelli’s designs are all made in-house at the brand’s atelier in Philadelphia’s theater district, which also houses the company’s main showroom. In addition to select specialty retailers, Paul Morelli jewels are sold at Bergdorf Goodman. “I never really had a chance to present what I did in the way that I thought it should be presented, although I still maintain great relationships with partners,” he said of working with outside retailers. “You never really get to present your work the way you perceive it to be presented….I’ve been at Bergdorf Goodman for a long time, and we maintain that [partnership]. [However], there are things that we are selling in the retail shop that we weren’t able to before. There will be higher-priced pieces that you can’t put in, because of insurance reasons.”

Morelli teased an upcoming collection, “La Grange,” comprised of necklaces, earrings, bangles and rings in 18-karat yellow gold, or palladium-white gold with various stones, that will be exclusive to the New York boutique.

The store itself is a 2,000-square-foot space done in creamy whites, steel and ebonized wood. The brand has signed a 10-year lease on the space, and puts sales projections at $5 million. The space will also house its New York showroom. To coincide with the store opening, Morelli has enlisted creative agency DMA United to produce the brand’s fall advertising campaign. The five-image series focuses on Morelli’s creations, such as stacks of diamond bracelets and an emerald cocktail ring. The images will be largely featured on the company’s new Web site, which has a new e-commerce feature. According to the brand, e-commerce currently accounts for 8 to 10 percent of overall sales. With 85 percent of all sales being domestic, Morelli’s next move will be an international push. The designer is looking for the right retail space in London, noting it may be a few years down the road, given the high rents. Added Morelli, “We’re not the kind of brand that’s going to be in the Mall of America.”