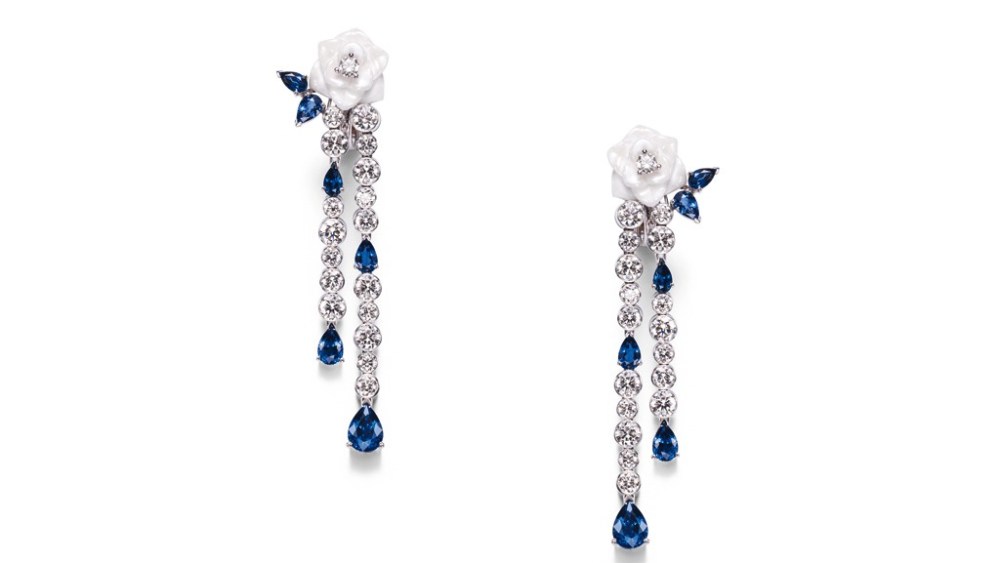 Piaget’s future is taking a cue from its past.

To fete the 30th anniversary since the rose peony was named the Yves Piaget at the Geneva International Competition of New Roses, the Swiss watch and jewelry maker is launching a rose jewelry collection.

Nodding to its founder’s passion for the flower, the collection comprises gold and diamond bracelets, earrings, rings, necklaces and watches, which will appear in stores starting now through fall.

According to the brand, even though the line’s complete rollout will be finished by September, the collection will become a mainstay, and will be promoted in stores during the next two to three years.

“What’s nice about this collection is that there’s a back history,” said Larry Boland, president of Piaget North America. “We’ve been making rose jewelry since the Sixties.”

Integral to the line is an accessible price point, which will not only help Piaget reach a broader customer base, but also a younger one, Boland explained.

Starting at $1,900 and going up to several hundred thousand dollars, the rose collection will also bring a greater awareness to Piaget’s jewelry collection, the executive added.

The rollout, which will be staggered, will include an advertising campaign with models such as Sasha Pivovarova, Bar Refaeli, actress Audrey Dana and jazz singer Melody Gardot.

While ads are already out featuring Pivovarova and Refaeli, the campaign with Gardot will hit the digital world at the end of the summer. The new brand ambassador will not only make appearances for Piaget, but she will also appear in ads and release her own rendition of Edith Piaf’s famous song, “La Vie en Rose.”

All of this will culminate in a splashy event in September, in which Piaget will take part in the unveiling of the restoration of the rose garden at Château de Malmaison just outside of Paris.

In preparation for the bicentennial of the death of the empress Joséphine de Beauharnais, Piaget and the Musée National de Malmaison are renovating the rose garden, which will be completed by 2014.

De Beauharnais, who is best known as the wife of Napoleon Bonaparte, lived in the residence in the early 19th century and transformed the estate into one of the most beautiful and comprehensive rose collections in Europe at the time.

The restoration pays homage not only to de Beauharnais’ rose garden, but also the Swiss brand’s heritage and the complexity of the flower, said Jean-Bernard Forot, head of jewelry for Piaget.

Indeed, the collection ranges from the very simple — namely a flat rose pendant in pink gold with a small diamond in the center — to the complex — a diamond-encrusted, hand-carved, multitiered 18-karat white gold rose ring.

Semiprecious and precious stones such as pink sapphire, tourmaline and opal are sprinkled throughout the higher-end pieces, giving the rose jewelry a textured and luxurious look.

According to Forot, the sheer breadth of the collection will appeal to a wide range of consumers whose personal style runs the gamut from “urban” chic to more “conservative.”

Piaget, which released a few pieces in May, has already seen strong returns. While Forot said the brand can’t yet quantify the “boom” it is seeing in the U.S., France and in Asia, he added that consumers in Taiwan are scooping up medium-priced baubles from the collection. Shoppers in Japan, where Piaget is also seeing strength, are grabbing jewelry priced at the entry price points.

Even in more mature markets such as Europe and the U.S., the launch of the rose collection is helping bring awareness to Piaget’s jewelry offering, while at the same time, injecting the 138-year-old brand with “energy.”

“When you talk about Cartier, maybe you think of the panther,” Forot said. “When you think about Piaget, we want people to think about the rose. This heritage is something we want to capitalize on. We want to create icons.”