HONG KONG — The “Pink Star” has become the world’s most expensive cut diamond ever sold at auction fetching $71.2 million at a Sotheby’s sale on Tuesday.

Chinese jewelry behemoth Chow Tai Fook Jewellery was revealed as the buyer of the nearly 60-carat stone, edging out two other bidders over the phone.

Patti Wong, chairman of Sotheby’s Asia, confirmed the purchase just minutes after the hammer went down.

A Chow Tai Fook spokesperson said, “The ‘CTF Pink Star’, the largest polish diamond of its class, is a legend and full of heritage, something in common with our brand. We are excited to have this beautiful piece to celebrate along with our 88th anniversary this year.”

The number 88 is an especially auspicious number in Chinese culture as the word for eight in Chinese is a homonym for “prosper”.

While Chow Tai Fook Jewellery is known mostly as mass brand, it has recently expanded into more premium products, showcasing a high jewelry collection which it auctions off once a year to its VIP customers. In 2016, the company bought the Aurora Green for $16.8 million, a 5.03 carat fancy vivid green diamond, the biggest vivid green diamond to ever sell at auction.

The year before, the company enlisted celebrated jewelry designer Wallace Chan to create a necklace called “A Heritage in Bloom”, cut from the Cullinan Heritage, a rare 507.55 carat rough diamond. Chow Tai Fook acquired the stone for $35.3 million in 2010 and spent three years working out how best to cut the rough diamond.

Chow Tai Fook split the white diamond into 24 separate pieces. However, in the case of the “Pink Star” that path would not be ideal, said Alexander Breckner, Head of Diamonds at 77 Diamonds.

By cutting the diamond, “you lose the vividness of its pink,” he said. “You might end up with a fancy pink or fancy intense, and fancy vivid is the highest on the intensity scale. We hope that they will not split the stone.” 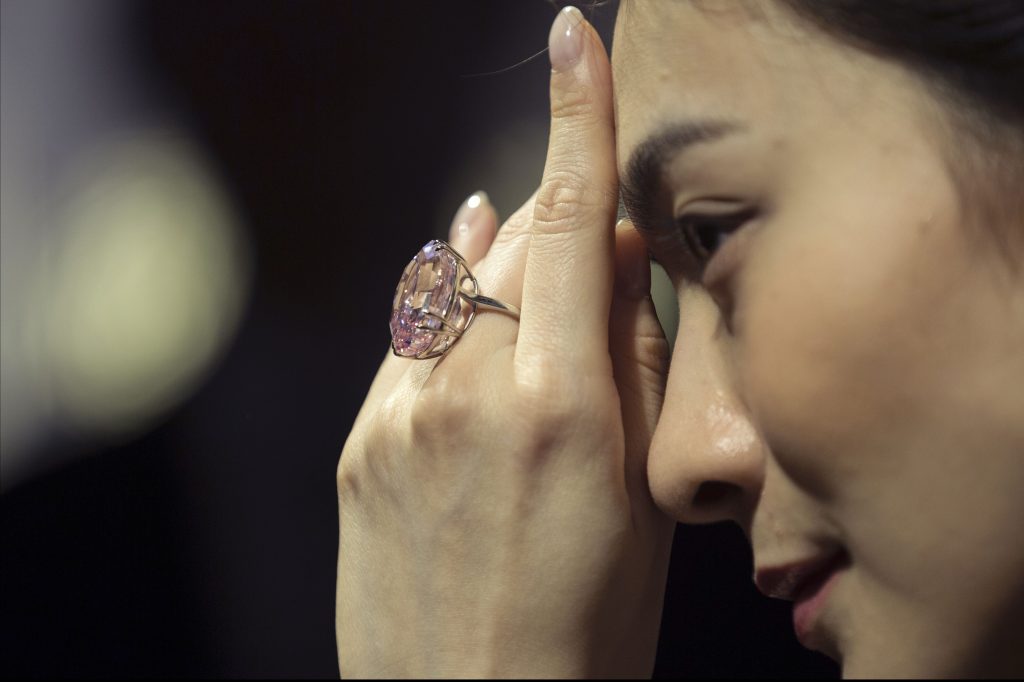 The Pink Star exceeded its $60 million estimate but was under the $83.2 million it sold for in 2014, although ultimately the winning bidder from that sale defaulted on payment. The extremely rare diamond was held by Sotheby’s for the past three years.

Asked why the stone didn’t top the 2014 auction, Sotheby’s Wong said, “I can’t give a reason. The price that was made before was not valid,” she said, adding they were “very happy” with the result.

Although the sale price undershot Breckner’s expectations, he said “the fact that it sold in the first place is a healthy thing for Sotheby’s. We would argue that the price achieved now represents the true value. The $83 million before was possibly slightly inflated.”

“Anytime there is a record setting price, it is a great day for our industry,” said Alex Mellen of Mellen Inc., who was brought on as an investor into the stone by Sotheby’s alongside Diacore. “Chow Tai Fook is an esteemed company, they will have great success with the diamond.”

The 59.60 carat “Pink Star” is the largest internally flawless fancy vivid pink diamond ever to be graded by the Gemological Institute of America.

The previous record holder for a cut diamond at auction was the “Oppenheimer Blue.” The 14.62 carat vivid blue diamond was sold by Christie’s for $57.5 million last May to an undisclosed buyer. The record for a pink diamond was $46.2 million for the 24.78 carat “Graff Pink” sold in 2010. 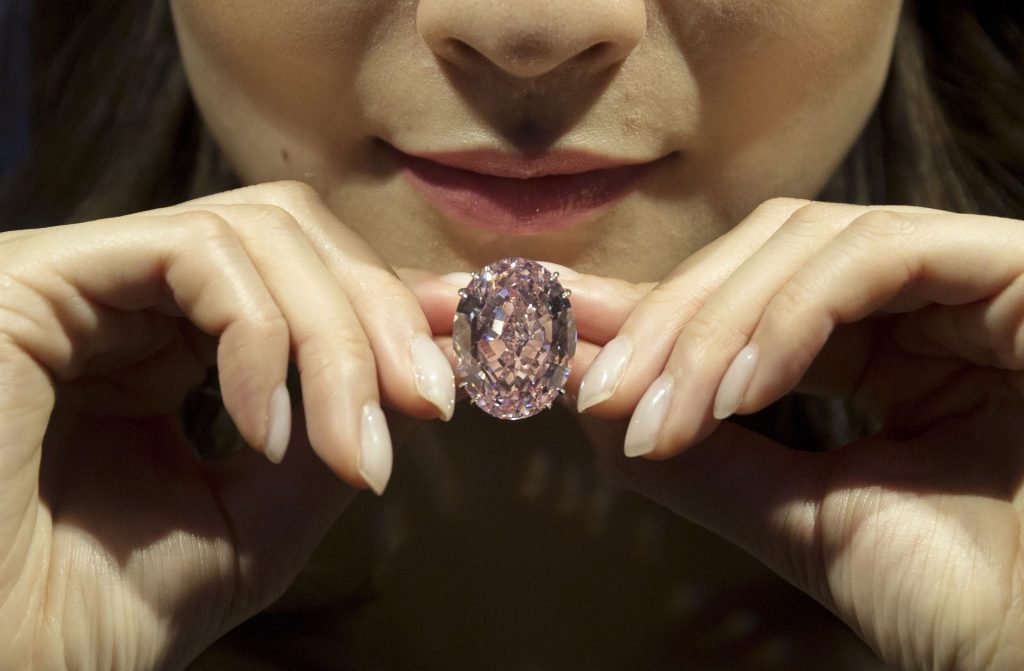