Rings from the Pomellato kintsugi collection.

MILAN — In a series of firsts for Pomellato, the Italian jewelry house is channeling traditional Japanese artistry for its first capsule collection that is also a step into luxurious recycling.

Pomellato is turning to a traditional Japanese mending technique, the storied art of kintsugi, to upcycle damaged gemstones, such as jet and kogolong. Rather than being discarded, they are repurposed into one-of-a-kind jewels.

“I had long known the kintsugi technique and had always been fascinated by it, by the idea of breathing new life into something that is broken and make it even more precious,” said Pomellato’s creative director Vincenzo Castaldo. ” I believe it’s a beautiful thought.” He underscored the “great artisanal skills” needed to perfect this technique.

During a trip to Japan in 2019, Castaldo developed the idea to introduce kintsugi to Pomellato, believing the two share the same vision of beauty, embracing diversity and imperfection, and attracted by “the idea of celebrating your scars as a sign of strength through healing is a very contemporary philosophy. And repurposing rather than discarding is so relevant to our own lives and our commitment to sustainability.” 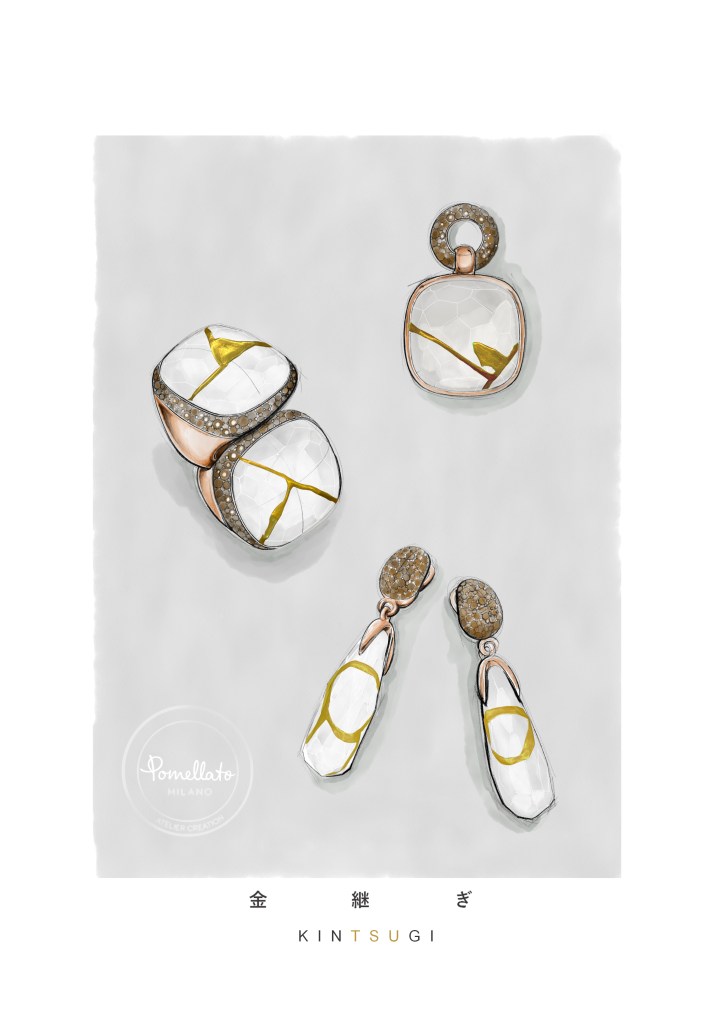 “Kintsugi embraces different areas, from art to fashion, it’s part of the Japanese people’s language and I found it intriguing for Pomellato, balancing perfection and imperfection,” continued Castaldo. The designer explained that kintsugi fits particularly well with the hard, opalescent and generally sizeable stones Pomellato employs. The jeweler’s artisans craft the stones repaired by the Japanese artists into rings, earrings and pendants.

Castaldo said the kintsugi process requires time and patience over seven steps. “In the hands of a lacquer master, a glue paste is made that is swiftly but precisely applied. The expertise lies in reassembling the many components before the lacquer bonds forever. After several weeks of gentle drying, the glue is sanded down to lie flush with the surface. As a final step, the master craftsman skillfully applies gold to the seams,” he explained.

“At this moment, this is like a pill of energy and joy, creativity feeds on such experiments,” said Castaldo, referring to the current uncertainties and restrictions, impacted by the pandemic.

From mid-January, the capsule is exclusively available in Tokyo at Pomellato’s Ginza boutique. It will then be selectively distributed around the world in Pomellato boutiques in New York, Paris, London, Milan and Hamburg.

It will also be presented during Paris Haute Couture week later this month.

The name kintsugi comes from the Japanese “kin” (meaning gold) and “tsugi” (to mend) and dates back to around the 15th century. “Legend has it that the shogun Ashikaga Yoshimasa sent his favorite tea bowl to China to be repaired,” said Castaldo. “He was disappointed with the result until it was eventually restored with resin and powdered gold, the first example of kintsugi.” 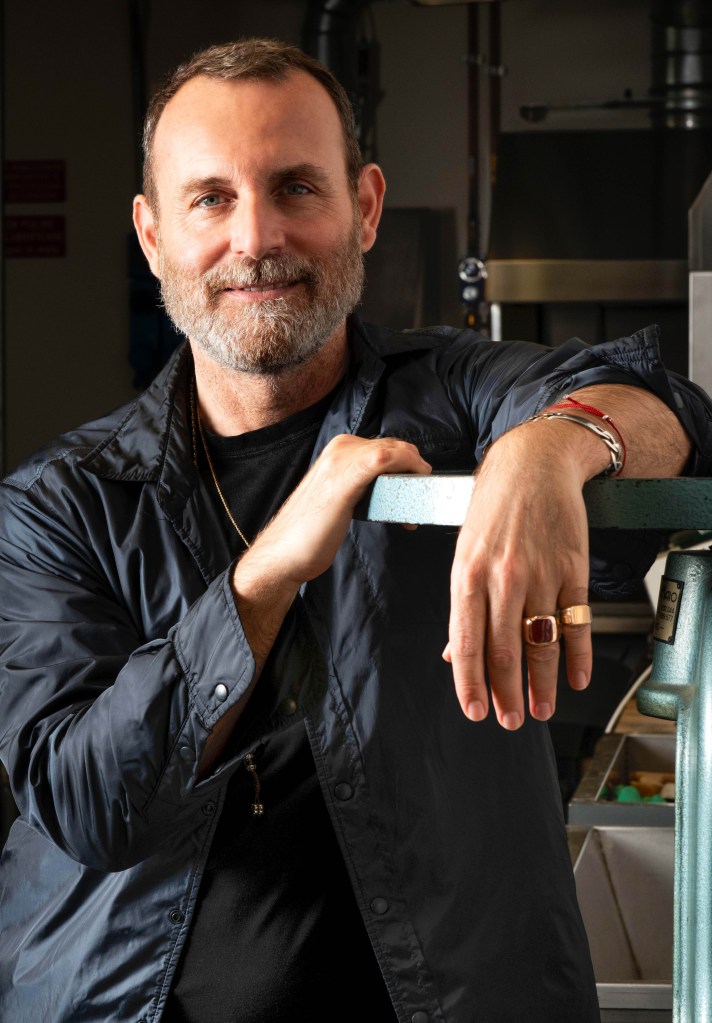