Pomellato Makes a Move Into Silver

The company will toast its debut collection, Pomellato 67, with an event during Milan Fashion Week. 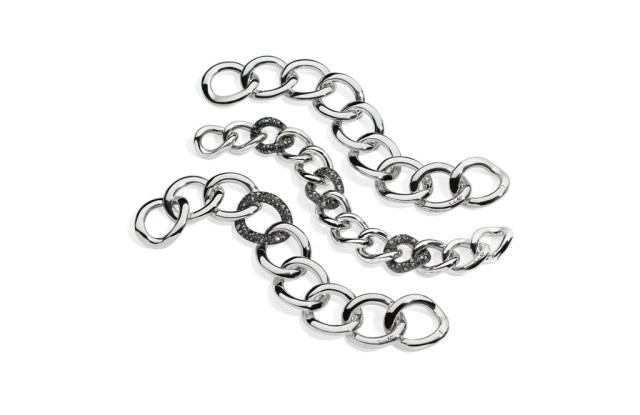 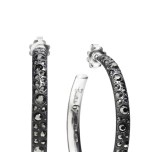 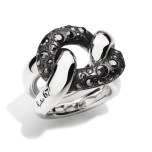 Pomellato is trying its hand at silver — and the company will toast its premiere silver collection, Pomellato 67, on Thursday with an event during Milan Fashion Week.

“This is more than [just] expanding the brand. In this case, we see it as a new collection and, potentially, a new brand,” said Andrea Morante, chief executive officer of Pomellato Group, the fifth-largest jewelry brand in Europe, in terms of sales, after Cartier, Chopard, Bulgari and Tiffany & Co.

The 47-piece silver line is available exclusively at 21 Saks Fifth Avenue doors and its Web site, as well as Pomellato’s four U.S. boutiques — in Miami, Chicago, Beverly Hills and New York. During the holiday season, the collection will launch throughout Europe in 22 of Pomellato’s freestanding doors and more than 150 wholesale accounts, and this number will increase to 30 branded shops and 175 retail partners in 2013.

All jewelry in the new silver range, named after the year the company was founded, is produced in the same Milan factory as the main gold line. Many of the necklaces, pendants, earrings and chain-link bracelets, conceptualized by Pomellato creative director Sergio Silvestris, contain marcasite detailing and are based on iconic pieces dating back to the Sixties. Marcasite-encrusted silver hoop earrings, of varying sizes, range from $510 to $800, and an oversize chain-link bracelet with marcasite links interspersed at random retails for $2,465.

This is the first time the 45-year-old company — historically known for its gold jewelry — has worked with silver. Morante is optimistic the market will embrace the $200 to $4,000 collection, and he points to higher gold prices as helping to accelerate the decision to introduce the line. He projects that by the end of next year, sales from the Pomellato 67 offerings will comprise 10 percent of the company’s sales, which represents two-thirds of the Pomellato Group’s overall business. The remaining third comes from its 20-year-old junior brand, Dodo. With that breakdown, Pomellato 67 will hopefully reach sales of $13 million to $15 million for 2013, depending on the current exchange rate.

Morante estimates 2012 sales for the group — including the three brands under its umbrella — will reach $192 million, about a 10 percent increase from last year. He expects a similar jump from 2012 to 2013 and anticipates sales will surpass the $210 million mark, thanks to the opening of at least 10 boutiques in the coming year, in places such as Singapore (the second in the city), Hong Kong, Dubai and Santa Fe. In the last three years alone, Pomellato’s retail presence has almost doubled. Morante said the company will go from having 42 directly operated shops in 2009 to 87 by December. Forty of those doors are Dodo, and 47 are Pomellato, and there are an additional 500 points of distribution globally.

The Pomellato Group’s largest market is Italy — currently 43 percent of the overall business — followed by the rest of Europe and the United States at 38 and 12 percent, respectively. The best-performing store on a global basis is in Paris, while the fastest-growing markets are the U.S., Germany and France. The company also is seeing good growth in Russia and Singapore (where the brand will open its second store in November).

The Far East is responsible for just 5 percent of the business, and Morante admits that the company has not expanded sufficiently in the region and is “not that present in China.”

“The idea is to take advantage of the fact that the Chinese consumers are starting to appreciate the concept of style — as opposed to status — in a brand. The market [is still] at a stage where perhaps status is the most relevant element of reference when it comes to consumer preferences, so I guess we thought that it was a bit early for us to try and enter the market immediately — especially in jewelry, where traditions are very strong,” Morante said.

The end goal is to become a global brand, which for Morante means a balanced presence in the U.S., Europe and Asia. The Pomellato Group is concentrated in Europe, which represents 75 percent of the business, with just 15 percent in the U.S. and Canada.