Global expansion, with a focus on the U.S. and the Pacific region; brand extensions, and reaching out to male consumers are among the top priorities. 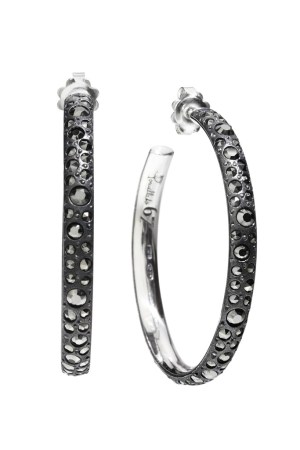 MILAN — Global expansion, with a focus on the U.S. and the Pacific region; brand extensions, and reaching out to male consumers are among the top priorities for Pomellato following the deal to sell a majority stake to Kering, formerly called PPR.

“Pomellato is one of the few brands that has remained mono-thematic for many years, with a focus on jewelry, compared with its competitors,” said the company’s chief executive officer, Andrea Morante, a high-profile entrepreneur-cum-investment banker, who remains a minority shareholder and will continue to head the firm.

Morante said there have been past attempts to diversify the brand’s business, showing his own 25-year-old leather-strapped Pomellato watch as an example, “but the company was not entirely convinced about it. Now brand extension has become one of our priorities, but it should make sense for us.”

The first step, and “natural evolution,” is the launch in September of a fragrance produced by ICR-ITF. Pomellato creative director Sergio Silvestris also is in the process of designing a watch, which could lead to a new male customer, an important consumer segment in Asia. A partner in the watch venture has not been selected.

“We are interested in intensifying our relationship with men. A year ago, we published an ad in [Italy’s sports daily newspaper] La Gazzetta dello Sport to convince men to buy [Pomellato jewelry for women]. A long time ago, we produced cuff links and money clips, but watches are the real jewelry item for men,” explained Morante, who added that the trend now is for women to wear men’s watches.

One of the main objectives is to build the company outside Italy — currently its main market — as clearly expressed by both Morante and Jean-Marc Duplaix, chief financial officer of Kering, during a conference call Wednesday morning to discuss details of the acquisition, which was revealed after months of speculation. Kering has signed an agreement with RA.MO SpA, which, in addition to Pomellato includes the more accessible Dodo label, launched in 1995. Duplaix said serious discussions with Pomellato began at the end of 2012. With this acquisition, Kering is extending and reinforcing its portfolio of luxury brands in the high-growth jewelry market.

Duplaix declined to provide financial details of the transaction or the size of the stake Kering has purchased. The deal is “in line with transaction multiples in the jewelry industry,” he said.

Asked whether Kering paid the same multiples for Pomellato that Swatch did for Harry Winston — $1 billion, or 37 times the latter’s earnings before interest and taxes, according to analysts — Duplaix responded: “Far from that.”

Sources said the price was set at about 14 to 15 times the company’s EBITDA, indicating that Kering paid between 277 and 297 million euros, or $360.8 million and $387 million at current exchange, to acquire the company.

Kering took on Pomellato’s debt of 60 million euros, or $77.4 million, at the end of last year.
Morante declined to provide sales forecasts.

Pino Rabolini will no longer own shares in the company he founded in 1967, while the Damiani Group has retained its 18 percent stake. “No discussions have been initiated with Damiani. We are happy with the majority stake, it’s not a priority and we will have time,” said Duplaix of possibly buying out Damiani’s holding.

He said Pomellato “sits well” and is “highly complementary” to the other brands under the Kering umbrella, such as, in hard luxury, jeweler Boucheron and Chinese fine jewelry maker Qeelin, Swiss watch brands Girard-Perregaux and Jean Richard, as well as Gucci, Balenciaga, Bottega Veneta, Saint Laurent and Sergio Rossi, among others.

Asked about the possibility of Pomellato producing jewelry for other Kering brands, Morante said the subject has not been approached yet. Duplaix reiterated that there was “no overlap at all, as Pomellato’s design is more contemporary than Boucheron’s French high jewelry. Qeelin has a Chinese heritage and a strong presence in Asia, while it is not significant in Europe. You cannot compare it with Pomellato, which is more established and has an Italian heritage and style.”

Morante pegged Pomellato’s success over the years on Rabolini’s “three intuitions.” The entrepreneur introduced the concept of prêt-à-porter, “which was not obvious at all” in 1967 and “reshaped the way jewels were presented and how women wore them.” Rabolini also “forced upon the company a very strong element of creativity, believing that a new collection should be presented every year,” said Morante, citing “more products than can be marketed” and “rather spectacular archives.” Finally, Rabolini “never took shortcuts in production and quality” to achieve “serious, well-done products with a lot of manual content and recognizable,” said Morante. All of Pomellato’s products are made in Italy at the company’s factory in Milan.

Morante said that Rabolini realized he needed funds to expand the company and turn the Pomellato labels into global brands. Asked about the reasons for shelving projects to publicly list Pomellato, revealed last year, Morante confirmed the company “was getting organized for an IPO while keeping an eye on strategic options.” However, the executive felt “pressure on consolidation” after the sale of U.S. luxury jeweler Harry Winston to the Swatch Group Ltd. in January. “Rabolini, who is almost 79 and who does not have family continuity, realized that he would have had to meet certain requirements and obligations with a publicly listed company and would have simply postponed the sale,” with the risk of forfeiting an opportunity, said Morante.

Stefano Corneliani, senior analyst at Intermonte SMI, said Pomellato does not appear to have been overpriced, at 14 times its EBITDA, but said he “wouldn’t be surprised” if Kering had paid more than this amount. “Kering is now consolidating a number of luxury brands and needed an entry point in hard luxury, and in this sector there are really few targets that are appealing, also in terms of size…therefore Pomellato capitalizes its rarity value.”

Duplaix said Kering plans to expand its hard luxury division given the growth potential the category offers and said “there are other opportunities,” but said the company is not in talks with other potential target brands.

Duplaix said the deal is expected to close this summer, adding that he was “very proud and confident” that with “a clear strategy” and with the help of Kering’s brand management, retail and media buy support, Pomellato’s “excellent potential will be fully developed, while preserving its identity.”

Morante echoed the sentiment, mapping out expansion in the U.S., a “seriously strategic market for Pomellato” and one that currently accounts for 12 percent of sales, up from 6 percent in 2009, as well as building the Pacific area, “where we are not as active or present as we should have been.”

Italy accounts for 43 percent of sales, followed by Europe, representing 38 percent, then the U.S. and the Pacific area (5 percent). Under the Pacific region, Duplaix included China, Japan and Southeast Asia. Morante said boutiques recently opened in Singapore and Hong Kong have been showing “very encouraging signs.”

In the U.S., there are already directly operated stores in New York, Miami, Chicago and Beverly Hills, in addition to a Dodo store in New York. While the retail division is growing around the world, Morante said the company in the U.S. is “working with jewelers in other cities, wholesale accounts from Boston to Houston and Milwaukee,” as there is a strong interest “in developing the brand’s wholesale business, as well, balancing it with retail.”

In 2009, monobrand stores accounted for 37 percent of sales. Now they represent 46 percent of revenues.

“Wholesale in Italy stood at 42 percent, now at 28 percent, while international wholesale was 21 percent, and now 26 percent,” said Morante.

There are 86 boutiques around the world: 45 are Pomellato units and 41 are Dodo venues.

There are around 600 points of distribution globally.

Pomellato accounts for two-thirds of group sales, and Morante believes the brand will continue to have its “independent course of action, and a faster and different growth” compared with Dodo’s animal-shaped charms. Known for its bold shapes and colorful stones, Pomellato last fall launched its first silver collection, Pomellato 67, comprising 47 silver pieces, with an event during Milan Fashion Week.