A number of new brands added oomph to the four-day event, which wrapped on Jan. 26. 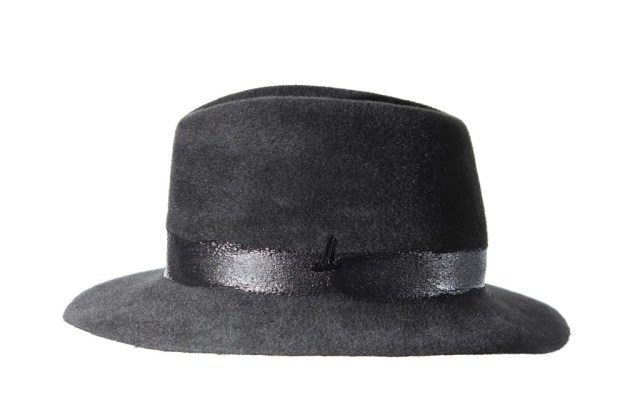 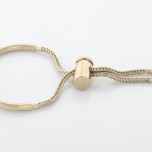 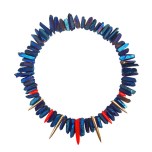 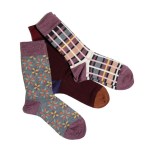 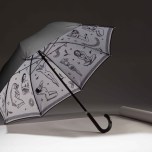 PARIS — Marking its 20th-anniversary edition at the Porte de Versailles, accessories salon Premiere Classe came into its own, with an entire hall to itself. A number of new brands added oomph to the four-day event, which wrapped on Jan. 26. A contemporary design section was among additions at neighboring jewelry fair Bijorhca Paris, where the focus was on strong summer pieces, though a dip in the number of visitors dampened the mood.

Among visitors to Premiere Classe, Marianne Lion, buying director of soft accessories at Le Bon Marché, said: “It was a good season in terms of organization. I found the layout much clearer, better organized, and the collections were dynamic.” For scarves, she was sticking to classic autumnal colors such as bordeaux, mustard and duck-egg blue. In terms of hat trends, shapes were “either supple and formless or more structured, with wide brims.”

Natalie Lacroix, senior accessories buyer at Franck et Fils, found that a lot of the jewelry vendors were still presenting summer collections. “In terms of the season’s key trends that we have identified, nothing was very pertinent,” she said. For scarves, “long, fine” styles are in, she said, while for headgear, hippy-chic turbans are the big thing. “Of course, Zelda Citroën is the reference, but now everyone’s doing it.”

Connie Yeung, director of business development for e-boutique L’Exception, cited “sport chic” as one of the strongest trends, with standouts including Ma Demoiselle Pierre, a Made in France label created by former fashion communications executive Stéphanie Allerme. “Her pieces are really simple but chic. She does sneaker jewelry, which is so clever, as more and more girls are wearing sneakers these days, and cool necklaces inspired by sneaker laces,” Yeung said. Message jewelry was also big at the fair, from brands such as Alphabeta, added Yeung, who also gave a nod to Mapoésie’s graphic scarves with pops of color.

Trends in the bag camp included black-and-white and camel styles with compact volumes. The Gianni Chiarini stand was heaving. Brands adding a dose of fun included Muku, which presented a line of macaron-inspired sheepskin bags, and Taiwan’s Jump From Paper, whose cartoon-inspired bags trick the eye with their two-dimensional aspect. (“It” girl cyber-sensation Arvida Byström has collaborated with the brand.)

First-time exhibitors included Spanish knitting-kit brand We Are Knitters, which this fall will launch a collaboration with Spanish model Laura Ponte. Both raw material and finished accessories were on offer at Korean fake-fur brand The Fun Fur Factory. American backpack specialist Sprayground hit the fair running, as part of an aggressive international push. “We feel that [backpack brands] are no longer in sync with what young kids want. We’re out to spice up and revolutionize the backpack world,” said M’Bianda Nelson, vice president of business development, who revealed the brand is in talks with Muhammad Ali for a possible collaboration. Fall hookups for the brand, which participated in Who’s Next and Premiere Classe’s futuristic exhibition, include Marvel Comics and “South Park.”

At neighboring jewelry fair Bijorhca Paris, demand was for pieces that oozed summer, with color, blooms and sea creatures netting orders. Rose gold and matte bronze were among popular metals. The mood among vendors was patchy, however.

“We’ve seen fewer foreigners, possibly because of the [recent terrorist attacks]. I find it very morose,” said Isabelle Naudin, cofounder of Metal Pointu’s. Satellite Paris was satisfied with the — albeit Europe-focused — turnout, with sea-themed pieces in coral, turquoise and mother-of-pearl (one of the season’s key materials) among the bestsellers.

Our Sins, a popular Portugal-based jewelry brand specializing in simple silver designs with heart and star motifs, also had a strong show. “Customers were relaxed about making orders and were in a positive mood,” said founder Angela Lima. Les Néréides, which is gearing up to launch an international B2B site this month, saw mainly French clients. Its Jardins de Provence and marine lines, featuring jellyfish earrings and octopus rings in phosphorescent enamel, were the strongest sells.
Designer Anne Rozycki, who was shopping for jewelry elements for her brand, Mamounechka, detected a hippie-chic vibe across collections, with lots of pink gold, gilded silver and glittering druzy-quartz designs. “But everything’s very refined,” she said. Catherine Gosmant, manager of the boutique Accessoir’in in Lille, noticed a lot of gold designs mixed with silk threads and pompoms. “I saw a lot of coral and yellow pieces,” she said.

Highlights from the young-designer section, Cream, included handmade feather creations by Ruby Feathers’ Sigourney Burrell, who works with hunters, farmers and bird raisers to source her plumes, and porcelain brand Nach Bijoux, founded by sisters Nadia and Nancy Koch, whose father, Christian Koch, is an established manufacturer of porcelain animal miniatures. Hitting the spot for buyers on the lookout for unique creations that encourage impulse buys were the brand’s leopard necklace and bold hand-painted rings with animal heads. At the other end of the scale, demand for clean jewelry basics at the fair pointed to a mood among buyers for playing it safe as the challenging economic climate continues to cast its shadow.