The edgy jewelry designer is gearing up for the 10th anniversary of her brand.

PARIS — Designer Justine Clenquet, who is 28 years old, is getting ready to celebrate the 10th anniversary of her brand. You do the math.

“I remember that when I was an 18-year-old art student, I was frustrated because I couldn’t find what I wanted when I went shopping,” said Clenquet, speaking over the phone from her home base of Lille, in the North of France.

“All the things that I fell for were automatically super-expensive designer pieces, and there was nothing in between. There weren’t any accessible, creative and good quality pieces. So I decided to make them.”

Ten years later, Clenquet has gathered quite a fan base for her edgy costume jewelry pieces. The affordable prices add to the attraction: Earrings start at 23 euros, or $25, with the most popular style this season — a brass palladium-plated hoop with a roughly cut Swarovski crystal pendant — priced at 35 euros, or $38, for a single. Chokers and necklaces cost around 100 euros, or $110, with more one-of-a-kind pieces, like a limited-edition sequined bag, reaching up to 300 euros, or $332.

“Fashion brands are introducing more and more jewelry into their collections,” said the designer. “But the quality is the same as ours, you’re just paying extra for the brand name. We offer entry-level prices, but our pieces are very personal and unique. In 2019 it’s all about mixing: I want my client to be able to buy expensive designer clothes if he or she wants to, but wear them with a piece of costume jewelry.” 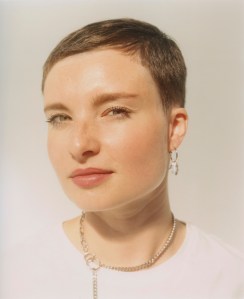 Jewelry designer Justine Clenquet is based in Lille, in the North of France.

Clenquet’s designs are currently sold on hip online retailer Ssense, where they fit right in with the store’s avant-garde selection; an exclusive collection with the Canadian retailer is set to drop in February. Other stockists include Opening Ceremony, Shopbop and Parisian retailers Merci, Le Bon Marché and Galeries Lafayette Champs Élysées. December will mark the opening of pop-up shops in Paris, running until Dec. 29 on the rue de Saintonge in the Marais, as well as in Tokyo, where the designer is planning to set up a series of workshops at department store Isetan.

In short, things are going pretty well — which isn’t surprising for a brand that has managed to fit right in with Gen Z.

“I’ve always been into mixing genders,” said Clenquet, whose pieces are designed and produced in-house at the brand’s Lille atelier in gold-plated brass with a palladium finish. Her style jumps between camp crystal-studded chain earrings to precious chokers with baroque pearls, all of them infused with a punk energy thanks to the addition of chains and piercing-like details.

“I see my designs as unisex,” she continued. “Some pieces are more masculine and others more feminine, but at the end of the day it all depends on the style of the wearer — I know some men buy my huge Swarovski-studded earrings and they really suit them. I just find the divide between men’s and women’s style on websites and in stores so outdated. I don’t like separating them.” As a result, the styles are all presented together on the designer’s web site, which drives 40 percent of sales. 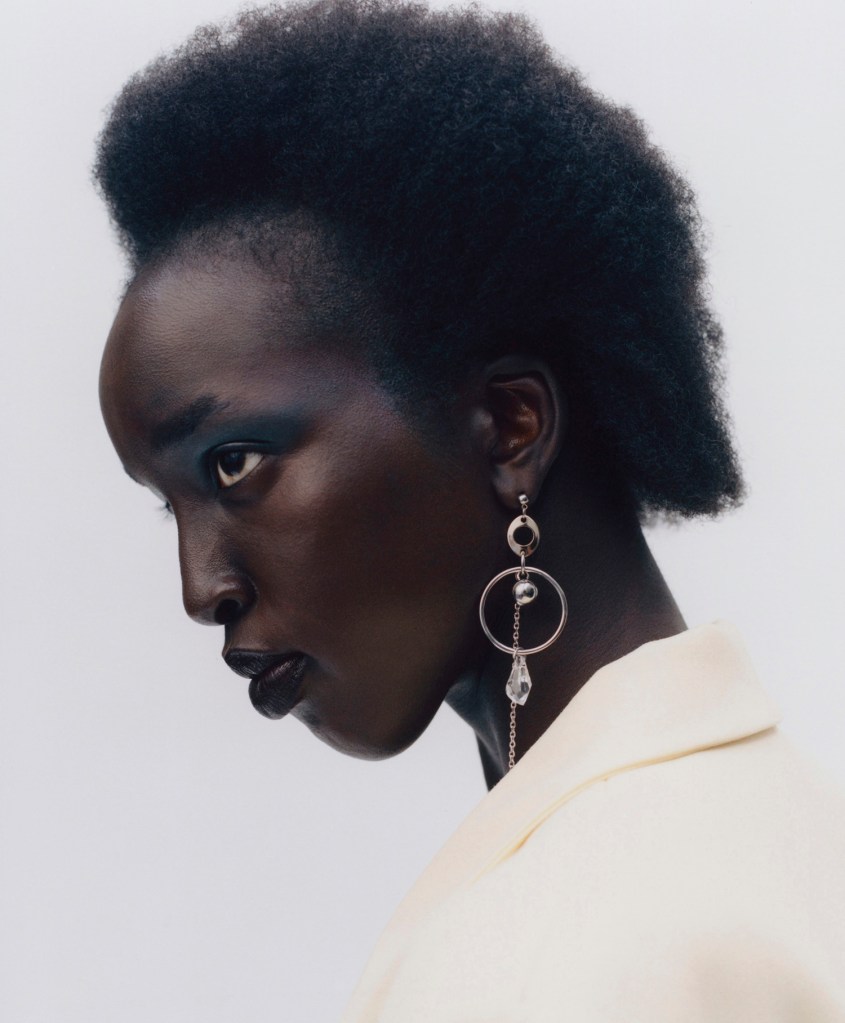 Inspired by punk imagery and underground culture, Clenquet’s jewelry is delicate and resolutely one-of-a-kind. In addition to the permanent line, the designer introduced seasonal collections based on her favorite references: Chinese director Wong Kar-Wai one season, the retro world of Eighties horror movies another.

“When you think of punk jewelry, people immediately picture safety pins or something a bit trashy,” said the designer. “But I think it can be more subtle than that. Chains, hoops and buckles channel the aesthetic of piercings, but without it ever getting too literal. Those who are familiar with that environment understand my codes completely, but those who are maybe a bit more classic also feel at home.”