The exec talked about new product launches and the brand's focus on differentiation. 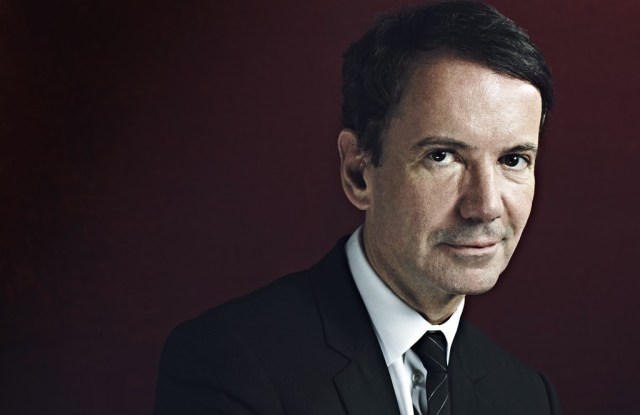 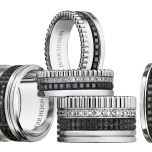 BASEL — Let the product do the talking: That could well be the motto of Boucheron chief executive officer Pierre Bouissou, who has kept a low profile since his appointment in May 2011. The executive has quietly brought a new focus to the Place Vendôme powerhouse, with moves that include hiring Claire Choisne as director of creation.

A medical doctor who started out in cosmetics, Bouissou was responsible for recruiting Sharon Stone as the face of Parfums Christian Dior’s Capture Totale skin care line. He was managing director of men’s luxury footwear specialist Berluti for two years before crossing over to the jewelry and watch field.

As Boucheron prepares for its first major launch under his purview, WWD caught up with Bouissou at the Baselworld watch and jewelry fair.

WWD: What were your initial thoughts about Boucheron upon arriving at the brand?

Pierre Bouissou: When I arrived at this house, my first thought is that it is an expert house with a long heritage and know-how, sizable archives, an expertise in terms of precious stones and also a relationship with historic clients and with a craft that had been honed over time, because the brand is more than 150 years old and was very much a pioneer. When I started to study it more closely, I came to the conclusion that it had drifted a little from this strong core. I decided that we should go back to that know-how, which differentiates Boucheron from the growing number of newcomers in the jewelry sector — mainly brands coming from the fashion side like Chanel, Dior and Louis Vuitton, but also Ralph Lauren. I thought to myself, we really have to differentiate ourselves from those brands to explain that, first of all, we have just one activity: jewelry and watches. We are truly legitimate in this domain, because we have a unique expertise.

WWD: How did you set about implementing your vision?

P.B.: My arrival was followed by a staff reorganization, principally the nomination of Claire Choisne, who joined us seven months ago, and who is terrific. First of all, because she has taken over the creative direction of the brand, and secondly, because she is working exactly as I wished, which is to say her work is driven by the philosophy of the brand, its strengths and its codes, and not by her own personal creative whims. There are a lot of creative directors who tend to work for their own pleasure and create their own product. By contrast, everything she designs refers to the brand in some way. And the work she has done, a part of which I am unveiling here, is about celebrating the house’s codes. For me, it is very important for a house to have its own codes, to convey its own values and its point of difference, and to have easily identifiable, iconic products.

WWD: What are the Boucheron codes that you want to highlight?

P.B.: Looking at the catalogue of products and Boucheron codes like the godron and diamond-point motifs, I thought, we really need to talk about these much more. The Quatre ring was launched in 2004, and it struck us that this ring embodied all the values of Boucheron. So we have decided to modernize this approach, forget the previous media campaign and really focus on the product so that our clients understand that this ring is unique, it is different, and it is going to be an iconic and emblematic product for the brand. Our new strategy is to no longer launch small products. We want to launch big products that we build on, and return to the notions of timelessness, elegance and refinement, everything that characterized Boucheron in the past.

WWD: How has the new Black Edition of the Quatre ring been received so far?

P.B.: We have been more than pleasantly surprised, because we saw that the product really speaks to women, and not just any woman: Women of character, with a real personality, who want to wear a different type of ring. We are realizing that it is not for everyone, it’s a product that has to carve out its niche. It does not leave women indifferent, and we’ve found that it also resonates with men.

WWD: How are you promoting the release?

P.B.: We are doing a frontal launch worldwide for the Quatre Black Edition, which will entail an important presence in store windows, of course, but also an advertising campaign. We already ran a fairly big campaign last year for the original Quatre Classique, which was very Boucheron, but focused on the product, and in my opinion, that worked very well. So the strategy today, excluding high jewelry, is that the product has to be front and center. Our media campaigns picture objects not like still lives, but almost like art objects or sculptures. When you see the pack shot of the Quatre we featured in our campaign late last year, those rings hurtling toward each other make for a pretty striking image.

WWD: What other products do you have in the pipeline?

P.B.: We will be launching fewer products. We are going to concentrate on three main collections: Quatre, Serpent and Ava. I think those three big franchises match the three typologies of women: a stronger woman in the case of the Quatre, the one who incorporates all the values of jewelry with Serpent, and the type who prefers diamonds, something perhaps softer and more timeless, with Ava.

WWD: I hear you are also returning to the Biennale des Antiquaires in September. I expect you will be unveiling some of your new high jewelry creations during Paris Couture Week in July?

P.B.: Yes, and the spirit will be exactly the same. What is great is that Claire, in addition to being the director of creation, is a trained jeweler, so she has revived all the techniques of the brand, though I don’t want to reveal anything more for the moment. But the Biennale is an important event. We have not taken part in eight years and we want to make a comeback with what the brand does best, in other words, a truly different positioning focused on know-how, tradition and a little bit of daring.