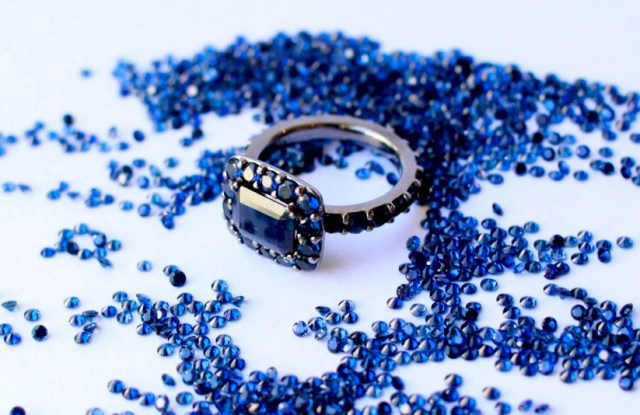 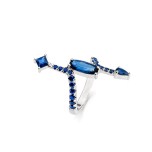 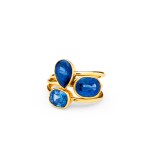 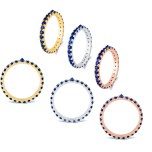 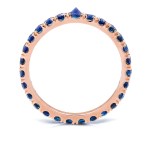 Reign Sapphires is polishing a new approach to selling bridal jewelry to Millennials.

In anticipation of the bridal runway shows in April, the Los Angeles-based brand is refining a full collection of distinct engagement and wedding rings, all designed with the blue gemstone, which it plans to begin selling in 2018.

Owned by Reign Sapphire Corp., the brand is checking off the criteria that it thinks will help it win over the coveted yet demanding Millennial market. Not only does it promote ethical sourcing in its mines in Australia, but it also designs and produces all of its jewelry in Los Angeles. There’s also the foundation of its business — the sapphire, which it said doesn’t carry the price or baggage from conflict mining and dowdy tradition as a diamond might. Plus, its current retail model is based solely on direct-to-consumer e-commerce, which it launched last October.

The business has a simple premise: “Consider sapphires as an alternative,” said Yossi Segelman, chief executive officer of Reign Sapphires.

In the U.K. and Australia, the company benefits from a long tradition of the sapphire being considered “royal blue,” a favorite with young monarchs. A prime example is Prince William’s proposal to Kate Middleton with his mother’s engagement ring that was topped with a striking oval-cut sapphire. In the U.S., Reign Sapphires hopes to play off the tradition of giving “something blue” to a bride. It also vies to create pieces that have an edge.

The centerpiece of its Hallmark engagement ring is an emerald-cut sapphire, enhanced by a halo of smaller blue stones and a pavé band. Depending on the size and shape of the center stone, which measures at a minimum of 0.75 carats, the price of the engagement ring starts at $1,500.

Its signature eternity bands highlight one stone that is inverted to stick out with a tiny point. Available in yellow, rose and white gold, the eternity bands retail for under $700.

In other words, Segelman said, it’s for the customer who has chutzpah. “It’s that little bit of attitude — ‘I’m not going to wear that stone or ring because this is what my peers are doing. I want to be unique.’”

Also unique to Millennials is their comfort with buying luxury pieces such as jewelry online, he said. “It’s a massive market,” he said, citing reports that 30 percent of jewelry sales will be conducted on the web by 2020.

Indeed, Andrea Hansen, who consults on branding and business development for the company, said, “Reign is about a different attitude towards luxury, one that is more focused on using luxury goods to cherish things that matter to our lives, vs. the more traditional definition of luxury as something rare, perhaps unattainable, that you wear, and which signifies status or rarefied access.”

Reign Sapphires includes a freestanding flagship in Beverly Hills as part of its growth strategy, but that opening is marked for 2019 or later.

“We’re chipping away at the diamond industry,” Segelman said.