The fine jeweler is taking a step back from wholesale and plans to add a lower-priced range and e-commerce site. 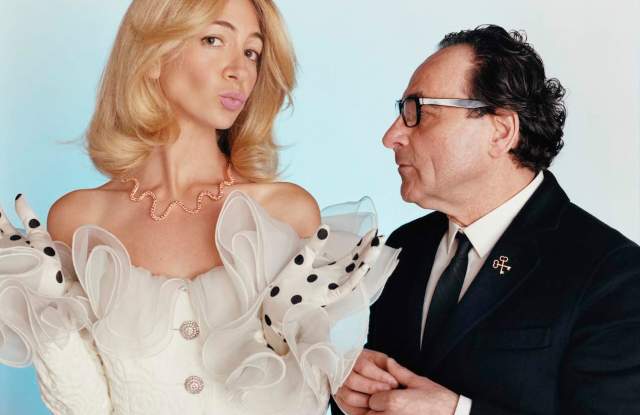 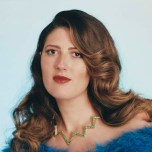 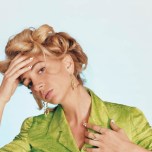 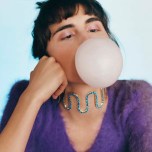 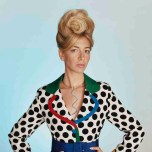 LONDON — Sabine Getty, the London-based fine jeweler known for her colorful creations, is rethinking her business strategy and taking a step back from wholesale as she looks to establish a closer relationship with her consumer.

She is also working toward the launch of a lower-priced range, Baby Memphis, and setting up her own e-commerce, after opening the doors to her London showroom on Berkeley Square earlier this year.

It was the opening of the showroom that got the designer thinking about her brand’s future.

“I’m a small brand, I should take advantage of that and create a niche instead of spreading out commercially and maintain the freedom to create what I want. When you’re in stores, very slowly you’re told what to create,” she said.

Filled with color blocks of asymmetric Memphis furniture from the designer’s childhood bedroom, the new Mayfair showroom also reflects the brand’s aesthetic, which Getty has been in the process of refining.

She said she took more time to consider what her brand stands for when creating her latest Memphis line, which features wiggle or zigzag-shaped rings, cuffs and chokers embellished with colorful topaz stones.

“I’d like to stick to these signatures of colorful pieces, irregular shapes and a bit of a childish spirit. I feel like this will be my home and I can always create from it. I feel good in this world,” said the designer, adding that her aim is always to create jewelry that one can wear, but also appreciate as a design object.

The quick pace with which her label came to fruition didn’t leave Getty much time to map out her strategy and signature aesthetic earlier.

Getty never set out to become a jeweler: She took courses at the Gemological Institute of America at a time when she was unsure what professional path to follow. When the L.A.-based boutique Maxfield expressed interest in the first collection she designed upon graduating in the summer of 2012, she was encouraged to start her namesake label.

“When I got my first order, I thought let’s fulfill this, and see where it goes. As I was fulfilling the order I created the company, so everything happened over that same summer,” Getty said.

Posters of the latest Memphis campaign images that are scattered around her showroom hint at Getty’s longtime love affair with fashion photography.

She said one of the main reasons she enjoys creating her jewelry is so that it can exist within editorial images and be part of a bigger narrative.

“I chose people who I think are cool and beautiful and people that I find different or interesting. Maybe nobody heard of them but they have something special,” she said.

Shot by Oliver Hadlee Pearch, the campaign aims to resemble a movie casting, with un-retouched, raw images that inject a dose of humor into a world traditionally seen as very serious.

“It makes me so happy. It’s so stimulating, because I get to extend my job a little. You become a film director for the day, and on top of making the jewelry you create the world in which it exists, and that doesn’t have to be conventional or classic just because it’s high-end jewelry. It can be fun and playful,” explained Getty.

“Especially now within our generation, there are so many small jewelry brands like mine and there’s a whole wave of people like us. There’s no point in taking ourselves so seriously, because we’re young designers. Yes, it’s jewelry, but now people have an easier relation with it. Women buy it like they’d buy clothing.”

The campaign’s playful, offbeat aesthetic has garnered much attention across social media platforms such as Instagram, which the designer often uses to take orders and speak to customers.

She also used more traditional marketing methods, putting up posters from the campaign on walls and lampposts across central London.

In her bid to connect with her customers better, Getty also recently decided to centralize her sales in her showroom and only work with a small number of stockists including Colette, Maxfield and Montaigne Market.

“I think there’s a big disappointment all round, because small brands like me invested a lot into wholesale in the beginning, putting a lot of our own stock into stores. I started by having more than 18 stockists, but most of it was consignment which results in (the jeweler) being financially squeezed and cut out from the customer,” said Getty.

The shift has also enabled the designer to have a better understanding of who her customer is. She identifies her as a younger woman who buys jewelry for herself in the same way she would buy a high-end fashion item.

“I want to create, but I also want to sell. This way, people who can’t afford the main line but still want to have a nice piece of jewelry can come by the showroom,” said the designer. “At some point, the brand has to become profitable. Even if we’re artists, it has to make a profit.”

Focusing on digital is another part of Getty’s strategy. She has started by working with the online marketplace 1stdibs.com and plans to launch her own web site next year.

“It’s about digital and direct access, because there are people who can’t be bothered to go into stores and I want to cut the middle man.”