The line will launch exclusively on Net-a-porter.com on Jan. 20. 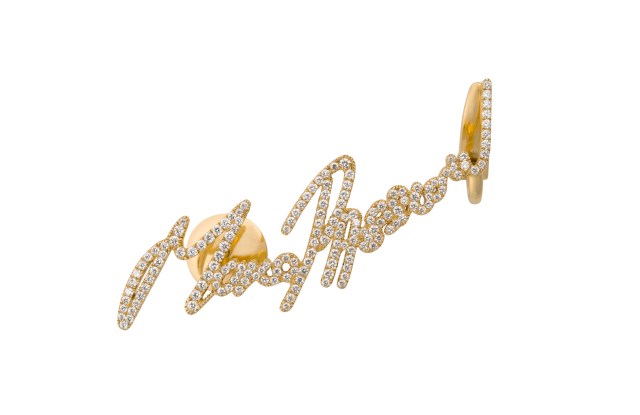 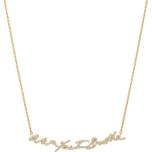 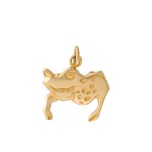 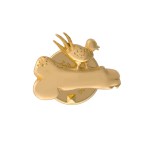 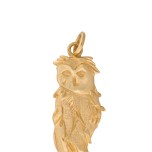 LONDON — Stephen Webster had been thinking about collaborating with longtime friend and artist Tracey Emin for more than six years after Emin gave him a neon sign that reads “I Promise to Love You” for the opening of his store on Rodeo Drive in Los Angeles.

“It became one of the icons of our store because jewelry is all about emotions, and I just thought — like I often do — that there might be a jewelry collection there,” Webster said.

The two go back a long way. As teenagers, they used to go to the same nightclub in the British seaside town of Margate and a few years later, they attended the same art college. When they met again 15 years ago, they bonded immediately over those early days.

They had a similar creative synergy, with Emin giving Webster full freedom to channel her artwork into jewelry.

“I don’t usually do collaborations, but Stephen and I are friends and I wear a lot of his jewelry so it was an absolute creative pleasure to work on this project. He might be known as a rock ‘n’ roll jeweler and I’m just generally known as a wild person, but what we created is classic and feminine,” Emin said.

The result is a 35-piece collection that references Emin’s neon signs, as well as her animal sketches, taken from her book “One Thousand Drawings.”

“Her animal sketches are a mark of her as an artist, so I extracted the ones that I believed represented her work best,” Webster said.

The collection includes charms in the shapes of owls, foxes and badgers, as well as a frog charm, similar to the one Webster made for Emin a few years ago, and which she always wears for luck.

Other standout pieces include neon signs with slogans such as “More Passion” and “With You I Breathe” transformed into rings, ear cuffs and cufflinks.

The collection has been done using 18-karat gold; “I wanted it to be in gold because to me Tracey is gold, she is not silver,” Webster said.

Emin’s respect for Webster’s use of fair-trade metals was another reason that attracted her to this partnership.

“For this collection the majority of gold we used is recycled and fair-trade; it’s just a small effort that we try to make as a business,” Webster said.

With prices starting at 500 pounds, or $710, this is a collection that aims to be accessible to Emin’s broader fan base, and not just her collectors.

“If you walk around with Tracey you might as well be walking around with someone that people know from music or movies. You don’t have to dig very deep before you can see why she has this huge following of younger women. She’s all about emotions, and she has often opened up about things that young women are naturally going to relate to. Some might be quite unpleasant, others are about the passage of life. My daughters both read her book and were influenced by it,” Webster said.

Selected pieces will launch exclusively on Net-a-porter on Jan. 20, following the e-tailer’s positive response that Webster said came as a surprise.

“Stephen Webster is one of our best-selling fine jewelry brands and his collection with Tracey Emin will have a very broad appeal. The neon pieces are so identifiable; the light that bounces off the diamond pavé and the yellow gold gives them a glow akin to the original artworks. They are fashion pieces but also have that ‘forever’ feel to them,” said Sophie Quy, Net-a-porter’s fine jewelry buyer.

The full collection will go on to be launched at the Stephen Webster stores on Feb. 10, ahead of Valentine’s Day.

“Valentine’s Day is not a big day for me, but it is for Tracey and this is a collaboration, so why fight it?” said the designer.

When asked if there will be a continuation of the partnership, he was quick to say yes.

“I’m already working on the next slogans. The possibilities are endless when you look at a lifetime’s work by an artist and what you can pull from it; it can be very emotional and powerful. So, my next meeting with Tracey will be about deciding on a new angle for the next stage,” he said.

RELATED STORY: Stephen Webster Looks Back on Jewelry-making, and How Madonna Changed His Life > >