As the retailer’s global footprint is swelling, the actress is a growing presence. 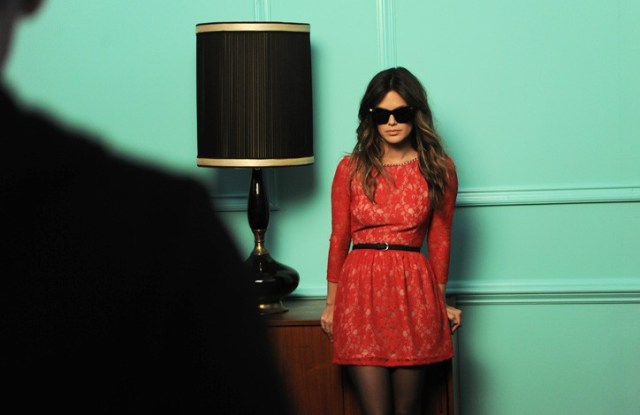 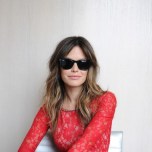 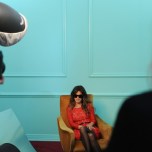 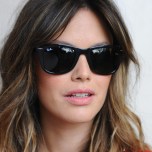 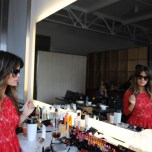 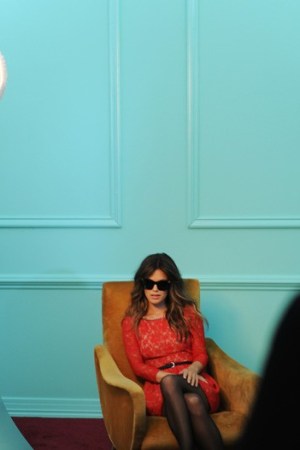 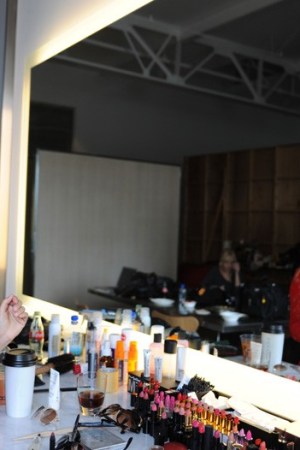 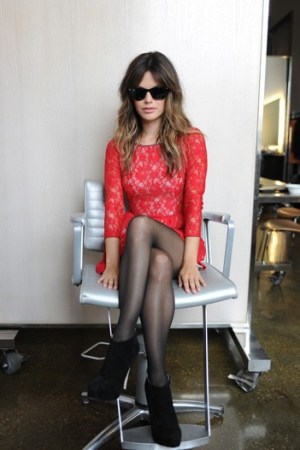 Sunglass Hut is taking its partnership with actress Rachel Bilson, who was anointed its style director last year, worldwide just as the Luxottica Group SpA-owned retailer’s global footprint is swelling.

Launching with the reboot this month of her blog on Sunglass Hut’s Web site in which she fields reader questions, conducts interviews and offers style advice, Bilson’s larger role means Sunglass Hut shoppers in the U.K., China, Australia, New Zealand, Thailand, China and the Philippines, in addition to the United States, will see her in in-store imagery and perhaps in public appearances, as well. Financial terms of her Sunglass Hut contract were not disclosed.

The expansion of Bilson’s role is one of many pieces that Sunglass Hut has put in place to elevate its global presence. Stores are the most critical — and they are multiplying rapidly. At the end of last year, Sunglass Hut had 2,295 stores and that number is now up to 2,800, and projected to reach 4,000 by 2015. In February, the retailer acquired 70 stores in Mexico under the Stanza and High Tech nameplates that are being rebranded to Sunglass Hut under the regional leadership of a team being assembling in Brazil, where Sunglass Hut is slated to open 15 stores by the end of the year.

In May, Sunglass Hut owner Luxottica Group also announced its accelerated takeover of Multiopticas Internacional, operator of 470 South American stores. Its unclear if any of those stores will be converted to Sunglass Hut locations, but the chain has been planting its flagships in key markets across the world.

”D’Angelantonio, who watched Bilson when she played Summer Roberts on “The O.C.,” but claimed he was no expert on the Fox series that aired from 2003 to 2007, was convinced by Bilson’s long-standing enthusiasm for sunglasses and her connection to consumers to continue and broaden Sunglass Hut’s relationship with her. To illustrate Bilson’s resonance to shoppers, he mentioned hundreds lined up to meet her at Sunglass Hut’s Fifth Avenue store for its Fashion Night’s Out event last year and some even cried. Bilson is expected to be there again for FNO this year.

“For Sunglass Hut, it was something new. She is really bringing the brand to a new level,” said d’Angelantonio of signing Bilson as style director. “She is great for business, and I think she is great for the brand.” Speaking generally of celebrity sponsorships, he added, “Association is fine as long as there is a sharing of values.…We might in the future look at a male celebrity as well as other celebrities, but this year, the focus for us at the moment is expanding the partnership with her internationally.”

Bilson was the focus of Sunglass Hut’s efforts at a photo shoot late last month in Los Angeles, during which photographer Mark Abrahams captured five summer and early fall looks with the help of wardrobe stylists Nicole Chavez and Rudy Rocha, makeup artist Amy Nadine and hairstylist Davy Newkirk. The images will be used for Bilson’s Sunglass Hut blog, and point-of-sale and window displays at Sunglass Hut locations and various department stores. Sunglass Hut has increased its department store penetration by 500 doors within the last year to 800-plus and has in-store shops in Macy’s in the U.S., Myer in Australia and Edgars in South Africa.

At the photo shoot, a relaxed Bilson spent the lunch break eating cookies and chatting with WWD about Sunglass Hut, fashion and her new television series “Hart of Dixie,” which The CW has picked up for fall. When discussing her partnership with Sunglass Hut, Bilson sounded especially glad about the chance to interact with shoppers at stores. “People are just so responsive and excited that I’m there to talk about sunglasses,” she said. “It is very flattering if anyone wants my opinion on anything, so I think it’s fun. It is more about getting to meet people and talk to them about all sorts of stuff.”

Even though Bilson has the pick of many sunglass brands as Sunglass Hut’s style director, she always returns to Ray-Ban, which is, naturally, a leading brand in the Luxottica portfolio. “To me, they are easy and the shape works,” said Bilson. “I kind of have a small face so I don’t really gravitate toward big frames.” But Bilson isn’t afraid to try out the latest styles. “I do like what Dolce & Gabbana are doing with frames when they are being a little bit more creative with the lace and the leopard,” she said. “Ray-Ban has aviators that have pop-out lenses. They come with a case, and they have different lenses you can interchange: polarized, different colors, things like that. You get three for the price of one.”

Bilson, who describes herself as a “jeans, T-shirt kind of girl,” has been a darling of the fashion crowd, lending credibility to her style directorship at Sunglass Hut. Bilson collaborated with DKNY on junior sportswear line called Edie Rose for DKNY Jeans that launched in 2008 and, more recently, was in short films directed by Karl Lagerfeld for the ice cream brand Magnum. Of Lagerfeld, Bilson said, “He’s just really sweet. I was sitting up on a railing, and he was worried I would fall over, so he made me get down. There’s that fatherly quality. I think he’d be pretty awesome [as a dad,]” she said.

Bilson isn’t planning to follow in the footsteps of Lagerfeld and take up designing any time soon. “I love design, but I like to support people, especially newer people that maybe aren’t as established. Of course, you mix it in with your Chanels,” said Bilson, who singled out The Row as a favorite of hers among smaller brands. “I can’t say never that I wouldn’t want to get into something like that, but I’m happy where I am right now.”

Bilson is currently preparing for her turn on “Hart of Dixie” as a New York doctor who ends up practicing in a small Alabama town. “I watched a plastic surgery, a boob augmentation,” said Bilson, who aspires to be a cardiothoracic surgeon, not a plastic surgeon, on the show. “I asked myself the question, ‘Why am I witnessing this operation right now?’ as I was gagging out the door, but it was pretty cool to explore things like that. In my family, my cousin and my uncle, they are doctors. I am like, I don’t know how you do it. I can’t even watch those shows where they are doing surgery. But now, after seeing it, I feel a little bit more comfortable, and I think I will leave it to the good doctors of the world. I’m honored to play one, but I couldn’t do it in my own life.”

What Bilson can do is dress well — and she promises “Hart of Dixie” will feature great fashion. When her character arrives in the small Southern town she’s sporting studded Valentino heels. “It is very designer-centered. Very New York,” said Bilson, who is also hitting the big screen in the comedy “Life Happens” co-starring Kate Bosworth and Krysten Ritter that premiered at the Los Angeles Film Festival this month.

And what about Summer Roberts, the character that catapulted her to fame? “Seth and Summer got married. I think they’d probably be sailing around the world,” said Bilson. They could certainly use some shades for that.