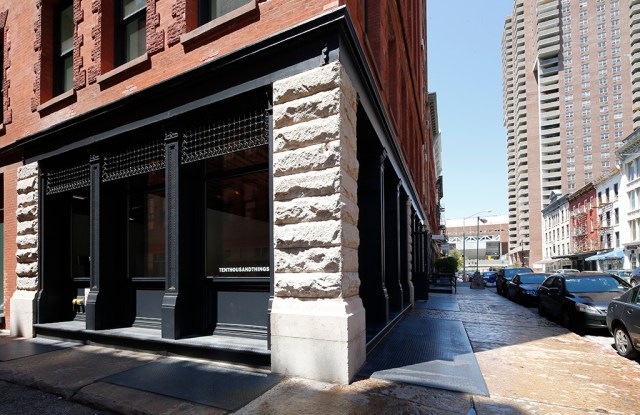 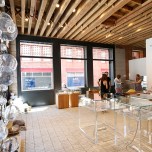 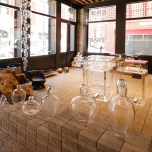 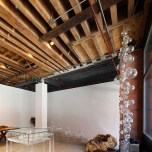 The new location represents a reapproached retailing concept for the brand. In addition to selling its own jewelry and pieces from other select designers, the new Ten Thousand Things boutique will also retail exclusive product created in collaboration with designers from other realms of the accessories market: espadrilles created with Gregory Parkinson, sandals designed with Ancient Greek Sandals and a handbag created in partnership with Rees’ sister. The works of various sculptors, including creations by Anderson, as well as former jewelry designer Jeanine Payer will also be available for sale.

With its multidisciplinary interests, the serene space — with two full walls of windows, exposed wood beam ceilings, and a pale gray brick floor — is something of a commercial gallery for items that adorn. “The mix of materials very much speaks to how we work with jewelry. It’s very raw but very much a refined, elegant space,” said Rees.

The label’s manufacturing benches have also been transported downtown. A 700-square-foot workspace sits concealed behind a partition wall within the store.

The label projects that in its first year at the new location, the TriBeCa boutique could see between 25 percent and 30 percent more sales than those realized in the Meatpacking District. “Our business has been trending up in the last couple years based on our average price point,” said Rees. “Before we used to think our average [piece] was $500 to $1,000 and now its $1,500 to $2,500, which is a huge difference,” he said also noting that this increased pricing structure has not negatively affected overall sales volumes.