The industry has endured a few rocky years. 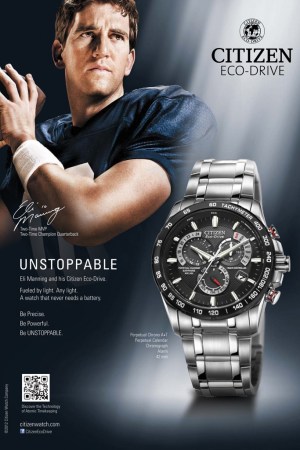 The jewelry and watch industry has endured a few rocky years.

Gold prices climbed to almost $1,900 an ounce last August, and although prices have come down, gold closed at its highest rate in more than a month on Nov. 23, at $1,750. (It closed at $1,715 at press time.) Many even speculated that the volatile market would result in prices hitting the $2,000 mark last year.

In September, for the first time since 2010, Swiss watch exports fell 2.7 percent compared with the same period in 2011. Global sales for the month hit 1.7 billion Swiss francs, or $1.84 billion. The Federation of the Swiss Watch Industry said a slowdown in Asia contributed to the decline. Swiss watch exports to China and Hong Kong fell by more than 25 percent and 19 percent, respectively. The fall comes after Swiss watch sales rose 13.6 percent the first three quarters of 2012.

The most recognized name in watches and jewelry, Timex, has made an effort to increase its appeal to women and the more trend-­conscious. The 158-year-old brand started to introduce more fashion-forward styles a few years ago. Bestsellers this year range from the ladies’ $50 Elevated Classic Dress style with a leopard-print strap to the men’s $135 Dress Chronograph with gold-tone accents. The classic Weekender style remains a top seller for men and women.

Number-two Fossil is also stepping up its fashion component. In February, it unveiled the Georgia, available with either a metal or leather strap, and mimicking the effect of a bangle bracelet.

“We see an emphasis around jewelry, bangles and charms. It’s all about the wrists and how our watches work well with our jewelry collection. It’s the watch that epitomizes the fusion between timepieces and jewelry. It looks great on a metal bracelet, on a leather strap or in gold, silver or rose gold,” said Fossil executive vice president Tom Kennedy. He dispelled the notion that Fossil is solely a watch brand, even though the category comprises 71.8 percent of the label’s business. Fossil, which acquired Danish watch company Skagen, generates significant revenues in jewelry and leather goods as well. It also produces watches and jewelry under license for brands like Michael Kors, DKNY and Marc by Marc Jacobs.

To set themselves apart, though, several brands have implemented advanced technologies—many of them proprietary.

Fourth-ranked Seiko—creator of the world’s first quartz watch in 1969, followed by the first digital version in 1973—continues to innovate. In October, Seiko launched its Astron GPS Solar collection, the world’s first solar GPS watch, with a series of events and an iPad app. Named after the 131-year-old brand’s first quartz watch, the solar-powered timepiece (about $1,800) doesn’t require batteries. A patented technology receives GPS signals and identifies any of the world’s 39 time zones.

“There has been an inspiring evolution in the watch industry over the past few years,” said Jeffrey Cohen, president of Citizen Watch Co. of America. “Smart purchases with real value have become the new status for consumers, rather than flashy, attention-grabbing options that demonstrate little more than the ability to spend a lot of money.”

Bulova, an independent subsidiary of Tokyo-based Citizen, was acquired by Citizen from Loews Corp. in January 2008 for $250 million. The 137-year-old company, headquartered in Woodside, New York, placed eighth and produces watches and clocks under the names Bulova, Bulova Clocks, Accutron, Caravelle, Frank Lloyd Wright Collection and Harley-Davidson Timepieces by Bulova.

Tiffany & Co. marked its 175th birthday this year with several initiatives, including the introduction of a new metal, Rubedo, and a world tour of its famous 128.54-carat Tiffany Diamond, which traveled to Tokyo, Beijing, Dubai and New York. A store was opened in SoHo, and plans to open a European flagship in Paris on the Avenue des Champs-Elysées in 2014 were revealed. The brand’s presence online continued to grow, and in addition to strong followings across the social platforms, the Engagement Ring Finder app that launched in 2010 remains popular industrywide. The brand has struggled financially, though, reporting third-quarter profits plunging 29.6 percent, hit by high diamond and precious metal costs. In 2011, jewelry represented 91 percent of Tiffany & Co.’s net sales, and in October, it said it will shift its focus to the higher-end jewelry business. The new selling organization will take effect in 2013, taking statement pieces into account that surpass $50,000.

Key players with decades of history in the industry might make up the bulk of the list, but licensed brands are picking up steam. Guess, Calvin Klein and Coach are other licensees comprising the top 10.

Calvin Klein’s ck Calvin Klein Jewelry & Watches have been produced through a license agreement with The Swatch Group since 1997. Most recently, model Lara Stone starred in ads for ck Calvin Klein Jewelry & Watches (shot by Patrick Demarchelier). Coach, newer to the scene, started producing timepieces in 2010 with Movado. This year, Coach senior vice president of licensed businesses Javan Bunch called the sector a “major opportunity” for the brand, where watches retail from about $158 to just less than $400.

Despite its elite prices, the lofty status enjoyed by Rolex resonates with consumers, and landed the Geneva-based firm, which named Gian Riccardo Marini chief executive officer last year, in the fifth spot.