Tiffany & Co. has canceled its decades-long daily ad in the New York Times as Anya Taylor-Joy is spotted shooting a campaign for the jeweler.

Tiffany & Co. is seeing major changes to its marketing mechanics. The first tides of the jeweler’s overhaul by LVMH Moët Hennessy Louis Vuitton are being felt in the company’s public positioning and advertising.

WWD has learned that after 30-plus years, Tiffany has recently discontinued its daily print ad within the New York Times. The jeweler’s stalwart ad had appeared each day in the top right corner of page three, a premium placement that was essentially at eye level as soon as readers turned the page from the paper’s cover. Tiffany is said to have run its first ad in the New York Times in the late 1800s.

Tiffany is reevaluating its ad strategy under the direction of Alexandre Arnault — who had previously pivoted Rimowa’s marketing strategy toward mostly digital buys. Tiffany is said to be continuing its relationship with the New York Times with nearly similar spends, just on a primarily digital front. There are also plans for more impactful print ad packages. A Times spokesperson did not respond to requests for comment.

This comes as Tiffany sharpens its messaging, particularly on social media where the jeweler’s account is now taking a decidedly less corporate tone. There is a new emphasis on the jeweler’s rich archives and more enterprising designs. Arnault himself has also opened up his personal social media account for questions and comments as he steers Tiffany in a new direction.

No doubt, Abu-Nimah’s eye was involved on set in New York City on Tuesday where budding A-list actress Anya Taylor-Joy was photographed for Tiffany’s first campaign under LVMH’s watch. Paparazzi photos see Taylor-Joy strolling arm-in-arm with model Alton Mason along Fifth Avenue, not too far from the Tiffany & Co. flagship. 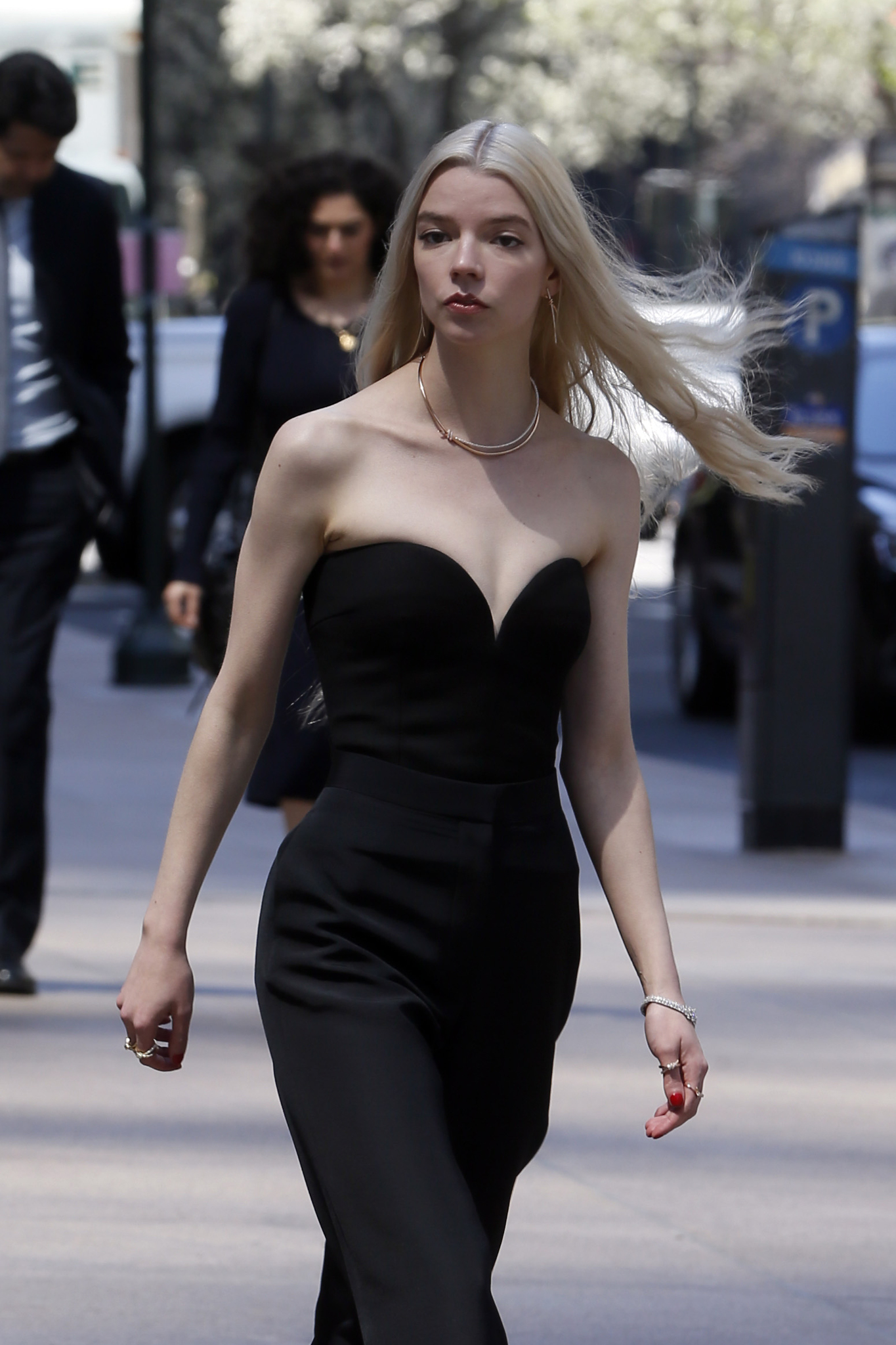 In photos, the actress is seen wearing a statement gold necklace molded to look like two cables intertwined in a knot. Matching earrings and rings indicate that these designs are part of a new commercial collection to be launched in the coming months. Taylor-Joy has been making the virtual awards ceremony rounds in Tiffany & Co. jewelry this year but it’s unclear if she’s signed on as an official brand ambassador. A spokesperson declined to elaborate on the collection and campaign but did confirm that the shoot was for Tiffany.

Regardless, it seems that the spend is on at Tiffany — which LVMH noted is a big priority where the company will “devote all our resources,” Jean-Jacques Guiony, LMVH’s chief financial officer, said Tuesday during a call about the company’s first-quarter earnings. With the addition of Tiffany, sales in LVMH’s jewelry and watch division grew by more than double.

“It will take years to do what we want to do with this brand from a distribution, merchandising and marketing viewpoint. It’s a lot of work. We are committed to doing it. We are very hopeful that with the strength of the brand, we can achieve our objectives, and we will report them as they unfold,” added Guiony.