Opening Friday, Tiffany's men's pop-up shop will occupy the first floor of what will be the jeweler's temporary flagship location.

Tiffany's men's pop-up store located in what will become its temporary flagship store.

NEW YORK — It’s been a busy few weeks for Tiffany & Co. Hot off the brand’s $16.2 billion takeover deal with LVMH Moët Hennessy Louis Vuitton, and on Friday the jeweler will open a men’s pop-up at 6 East 57th Street as the first step of transitioning its retail operations in preparation for a full renovation of its legendary Fifth Avenue flagship.

Extending until Jan. 6, the Tiffany Men’s pop-up shop — steps away from the flagship Audrey Hepburn immortalized in “Breakfast at Tiffany’s” — has been conceptualized as experiential retail to spotlight its new men’s collection. The store will display its men’s designs alongside six renowned sports trophies: The NFL Vince Lombardi trophy, NBA Larry O’Brien Championship trophy, MLB Commissioner’s trophy, PGA Tour Players Championship trophy, USTA men’s U.S. Open trophy and MLA Philip F. Anschutz trophy. They will all be on display for shoppers — each of them produced by Tiffany & Co.’s hollow-ware factory in Rhode Island.

The store also will display items from the jeweler’s A Very, Very Tiffany Holiday Catalog, including a pool table, motorcycle and a limited-edition Spalding basketball that will be exclusive to the pop-up.

Conceptualized by Tiffany artistic director Reed Krakoff, the pop-up space has provided the jeweler “an opportunity to present our collections in a new way and introduce a new way of visually displaying product,” he said. Krakoff declined to comment about the LVMH deal beyond describing it as “an exciting time.”

While reticent to provide many specifics about the overall space, Krakoff did preview his concepts for visual merchandising of the men’s pop-up, saying: “There is a surprise, something engaging in combining naïve materials like concrete and stainless steel with amazing nickel, Art Deco cases inspired by the original store. There is a combination of historic case line mixed with more contemporary elements — balancing a heritage history and evolution. It’s overall a point of view that we as a creative team look to — understanding the archives and the past but not being overwhelmed by it.”

When the pop-up comes to a conclusion, Tiffany will transform the location overnight into what will become its temporary eight-floor flagship it is calling “The Tiffany Flagship Next Door.” Construction of the temporary store’s seven remaining floors have already been completed and are in a turnkey state — awaiting merchandise to be transferred (under heavy security) from up the block.

Tiffany’s flagship will officially close for a two-year period in mid-January. The flagship accounts for less than 10 percent of annual company sales.

Once that store closes, the jeweler will face the battle of training Fifth Avenue window shoppers to veer east down 57th Street to visit its temporary location — an objective that Tiffany “has spent an enormous amount of time thinking about — we have to be very clear and instructive about the new space in all aspects of communications,” Krakoff said. 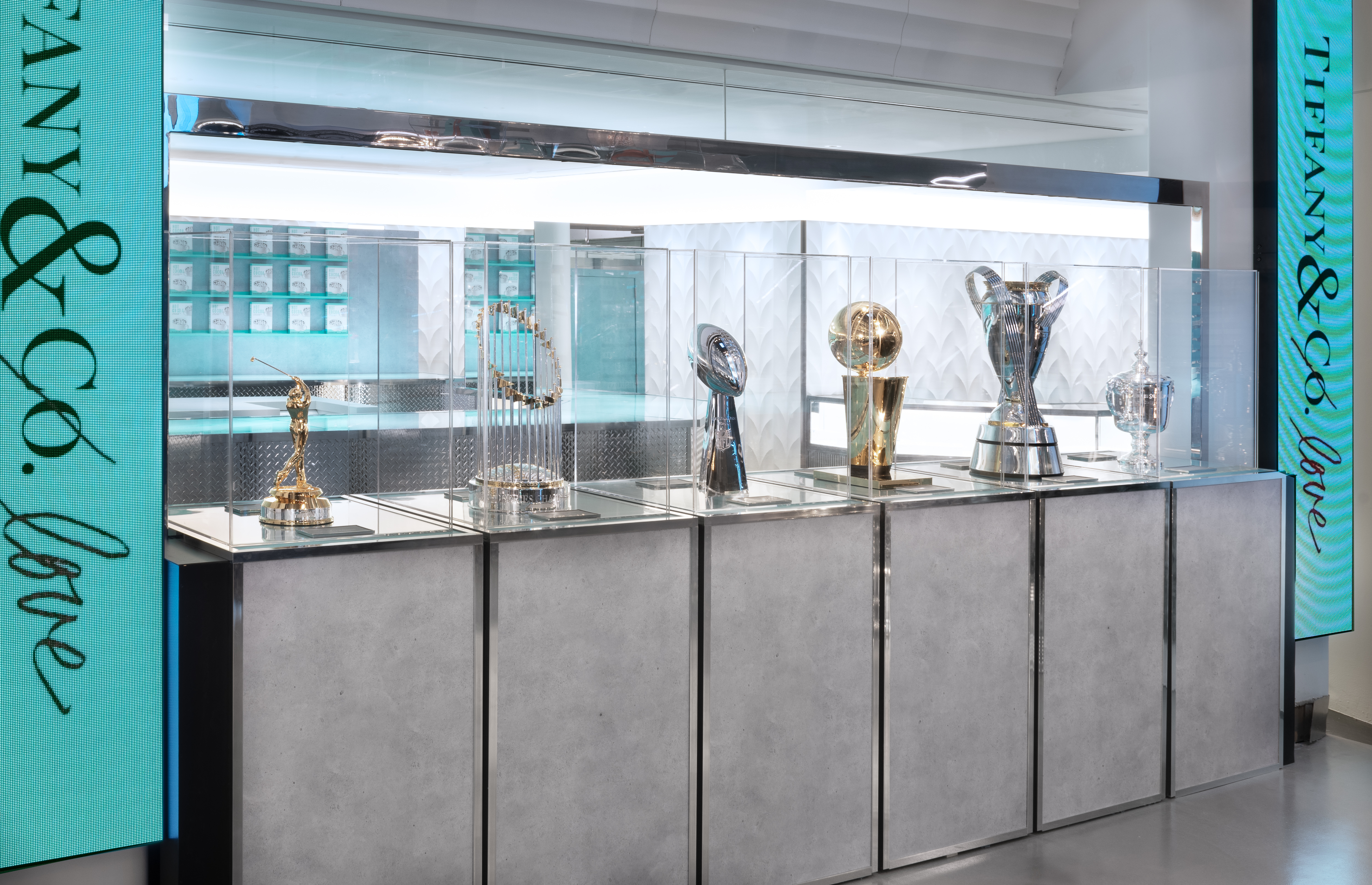 He declined to detail too many specifics regarding his outlook on modern retail design and how it could apply to Tiffany’s flagship overhaul.

“We want to make it more of a dynamic experience, something that is more multidimensional — it’s a combination of visual merchandising, of sales associates, of the way the store is laid out. It’s no one thing,” Krakoff said.

The Flagship Next Door will serve “as a laboratory that will inform many of our stores going forward and decisions we are making around the flagship itself,” Krakoff said.

At its temporary store, Tiffany will toy with the concept of an amorphous atrium space where “we will change the entire footprint every quarter,” said Krakoff. “One of the challenges with jewelry is that it’s less seasonal and collections don’t move as fast. It’s difficult to know that something new is happening if you don’t have the space to introduce new concepts periodically. So that space will allow us to tell different stories in ways that differ from the traditional store format.”

Krakoff said he intends to apply the same casual approach he has enlisted for recent high jewelry collections to Tiffany’s future store concepts. “High jewelry is serious in terms of investment but doesn’t have to be in terms of design or how it’s displayed — I think it’s just part of the evolution of retail. Luxury doesn’t need formality. It’s a delicate line, making things more casual and less stuffy and balancing the idea with something extraordinary,” Krakoff said.

There also is, of course, the question as to whether any current design plans for the new-look flagship will be revised once LVMH takes control of the American jeweler.