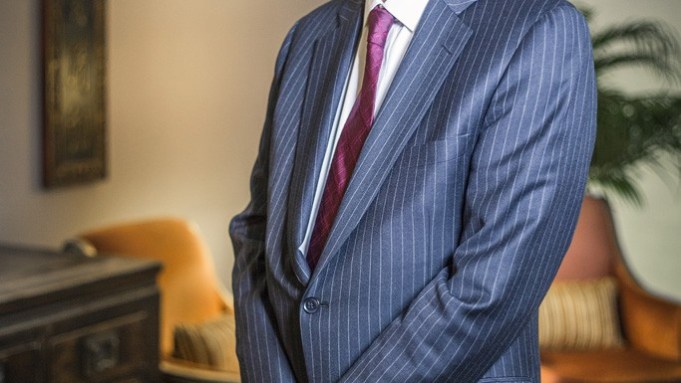 BEIJING — The famed Tiffany Diamond made its China entrance on Friday, going on display in a country hungry for diamonds and eager to explore the company’s long-standing tradition of jewelry.

Before a preview of the exhibit, which features the 128.54-carat yellow Tiffany Diamond and dozens of other signature pieces, Michael Kowalski, the company’s chairman and chief executive officer, discussed the importance of China’s burgeoning diamond and luxury market to Tiffany’s growth plans going forward.

Kowalski told WWD that the firm is targeting 10 to 12 percent annual sales growth globally in the coming years. China is a critical component of that mix.

“Clearly China will be one of our fastest-growing markets over the next five to 10 years so our sales objective for China would be in excess of that 12 percent corporate average,” said Kowalski.

Tiffany’s recent fourth-quarter sales results showed a 27 percent increase in the Asia-Pacific region, and though the company doesn’t break out sales figures in specific countries, Kowalski said China was a major driver in the rise.

“The company for so many years was primarily focused on the U.S. domestic market and we really began our aggressive international expansion 10 years ago,” he explained.

“So we were very deliberate in our approach to the China market, and perhaps came to the market a little bit late compared to some of our luxury competitors.”

The company invested heavily in brand education, keying on the Tiffany history and heritage, and has found success with China’s new luxury consumer class. Up until about a decade ago, diamond engagement rings were relatively rare in China. According to a recent market report from Euromonitor, China’s diamond consumption has tripled in recent years, making it second only to the U.S.

That hunger for diamonds, particularly in engagement rings, is evident in what Chinese customers want from Tiffany, Kowalski said. While diamonds account for half of the company’s sales globally, the percentage (which he did not disclose) is higher in China.

“Diamonds are probably relatively more important here to the Tiffany brand than they are anywhere in the world,” said Kowalski.

To capitalize on that demand, the company has brought its showpiece collection to the Chinese capital, starting with a small private viewing for select clients and celebrities at an exclusive club and boutique hotel. This is the first time the Tiffany Diamond has traveled to China and is being showcased in its new, 2012 setting, platinum and diamond necklace that was designed for the company’s 175th anniversary last year.

On Saturday, the famed gem and a range of Tiffany’s showcase pieces featured in a more open exhibition, which included an original musical score written for the event by renowned Chinese composer Tan Dun. Tan is famed for his film scoring, including those for the movies “Crouching Tiger, Hidden Dragon” and “Hero.”

Following the weekend events, the diamond exhibit was due to move to the Tiffany & Co. flagship in Beijing through Jan. 5. The diamond is likely to be a hit, as Chinese consumers have been particularly drawn to yellow and other colored diamonds.

Kowalski said the event is part of the company’s effort to educate Chinese consumers about the history and legacy of the brand. Sales results show it’s working thus far, and Tiffany plans to expand in China at a deliberate pace.

The ceo said Tiffany will open three to four stores in mainland China each year for the foreseeable future, carefully choosing store locations — a decision he said can be the most important part of making a lasting presence.

When it entered the market in China, “there was a very general awareness of Tiffany,” said Kowalski. “Building depth around that awareness is something we’ve devoted a lot of effort to over the last three to five years.”

“I think there’s a natural evolution from the engagement business to diamonds used more broadly for gift-giving purposes,” he said.