The jeweler is embarking on a refresh of its storytelling, store network and e-commerce business in the key market. 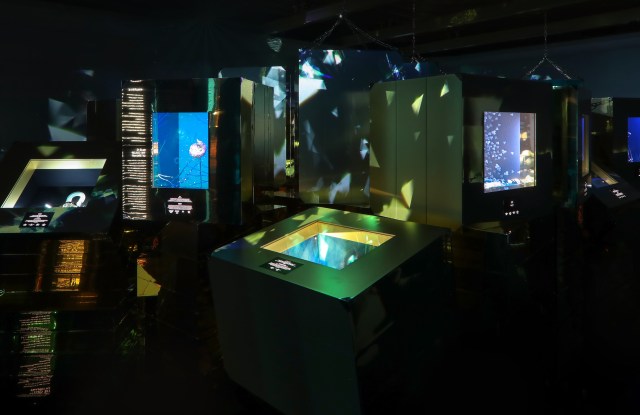 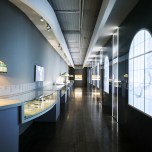 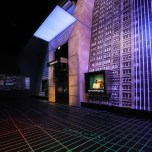 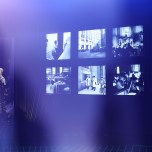 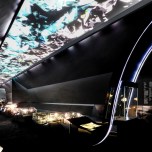 SHANGHAI — It was in 2001 that Tiffany & Co. stepped onto the scene in Mainland China. Eighteen years on, the brand believes it’s time to shake up its image in the market.

“We are getting to an adult phase,” Tiffany’s chief executive officer Alessandro Bogliolo told WWD. “It’s moving from introduction to adulthood in China.”

The ceo was at Fosun Foundation, where the house was staging its largest exhibition yet, called “Vision and Virtuosity”, part of a comprehensive and multipronged push that Tiffany is taking to connect better and more fully with the Chinese consumer.

The exhibition takes a tenth of the brand archives — 350 pieces, including 12 items that were newly acquired from private collections — and invites the public to discover them over the course of the next seven weeks.

It is the most thorough journey the house has told, charting the company’s founding in 1837 to its links with old Hollywood from Elizabeth Taylor to Audrey Hepburn in “Breakfast at Tiffany’s.” The exhibit re-creates the Tiffany Fifth Avenue flagship in Manhattan and encompasses a digital wall in a “Love” themed room, which invites viewers to add their own message of affection. It’s quite a different presence to what the consumer would have been used to in China.

“Tiffany started in mainland China in Beijing in 2001, but it was only 2007 that we started opening stores, so basically in our expansion we were five to 10 years later other competitors,” said Bogliolo. The country forms the brand’s second-largest market after the Americas. In the most recent quarter ended July 31, China grew 25 percent year-over-year, the ceo shared, although its global sales decreased by 3 percent.

“[Others] started opening lots of stores at the end of the Nineties and beginning of the 2000’s. This is the reason why Tiffany was very well-known — the awareness is very high — but the presence was not so strong. People knew about it but it was very hard to get it,” he added.

To help with that last point, Tiffany is doing key upgrades to part of its China network of 35 stores. Its Shanghai boutique inside Hong Kong Plaza will be expanded and reopened in December to become the largest store outside Tiffany’s global flagship in New York. It also just unveiled its upgraded Hong Kong location at One Peking Road, Tsim Sha Tsui.

Although Hong Kong has been mired in political crisis for three months, Bogliolo said he was optimistic about its prospects long-term and cited how the city had bounced back quickly from the 1997 Asian financial crisis and the SARS breakout.

Shanghai and Hong Kong will also become home to the Blue Box Café, the cafe concept decked out in the brand’s signature robin’s egg blue shade that has attracted huge social media buzz. 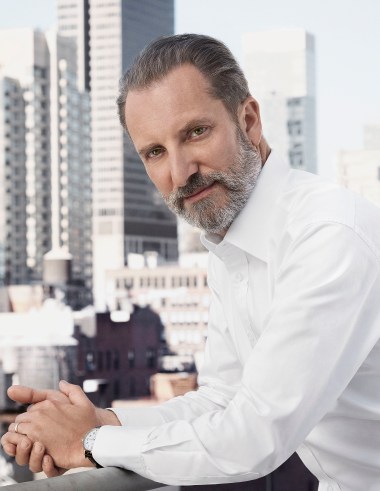 To go hand-in-hand with a refreshed brick-and-mortar presence, the brand also launched its direct e-commerce web site for China this summer, which Bogliolo hopes will grow to be among the top five stores Tiffany operates in China.

“But most importantly [it is] to increase the sales of all the other stores,” he said. “It should increase traffic and conversion rate and average ticket in all the stores because people will have more information.

“More than just sales online it’s really about being close to the consumer with a full view of the brand and this is in common with this exhibition, the brand and the website. This is why we’re doing it together.”

Tiffany’s chief artistic director Reed Krakoff noted that rose gold dominates in popularity for the Chinese market, compared to the U.S., where consumers are more open to yellow and platinum gold. While many tastes are globalized, he noted, “the scale [in China] tends to be a bit smaller…more delicate, more refined pieces tend to be the most popular.”

The launch of men’s jewelry next month — a first for the house — could resonate especially well in China, Krakoff added.

“In China, the men’s customer is much more engaged, much more enthusiastic about men’s fashion and much more comfortable with wearing jewelry, cosmetics, fashion all these different categories,” said Krakoff. “The opportunity is really quite big.”

But Tiffany’s biggest challenge is to stand out among all the noise in a crowded luxury space. Among jewelers alone, Cartier, Bulgari and Chaumet have staged extensive exhibitions in China so far and they also have appointed celebrity brand ambassadors for the market, which Tiffany has yet to do.

“Luxury consumers in China have been bombarded by messages from all kinds of brands,” acknowledged Bogliolo. “There is a reasonable level of confusion about the brands and their personality.”

“This is a challenge because it requires to evolve from a sales-oriented approach to a more complete brand-building approach and this exhibition is a perfect sign of this. The days where you just build stores and open in shopping malls, those days are gone,” he said.