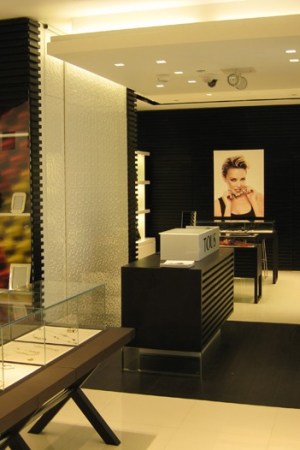 Tous is on the continental plan.

The Barcelona-based accessories brand is embarking on an international expansion path, with its sights set specifically on the U.S. Over the next five years, the company plans to open 29 American shops, beginning next month with Los Angeles, San Diego, Las Vegas and Boston. An additional 49 stores across Europe, Asia and South America are also set, beginning in Madrid and Valladolid, Spain. The brand currently operates 350 stores in 42 countries.

Tous expects the initiative to increase sales by 40 percent over the next five years to $1.28 billion. The U.S. is expected to account for 15 to 20 percent of volume by 2012.

“The American customer is keen on new designs that fit their day-to-night looks in a stylish way,” said Salvador Tous, founding chairman. “Now, due to the economical moment we are in, our company is trying to approach new spots in the U.S. that would have been more difficult to reach in other times. We try to see the opportunities and continue our expansion plans.”

The new stores will carry Tous’ full line of yellow and white gold and sterling silver jewelry for men and women, as well as a full collection of accessories, including watches, handbags, luggage, scarves, belts and sunglasses. Jewelry prices range from $150 to $1,500, while accessories hover around $400. The stores will also feature Tous’ recent jewelry and handbag collaborations with Kylie Minogue, the current face of the brand.

Tous was founded in the Twenties by the Tous family and remains a family-owned company, with 1,850 employees worldwide.