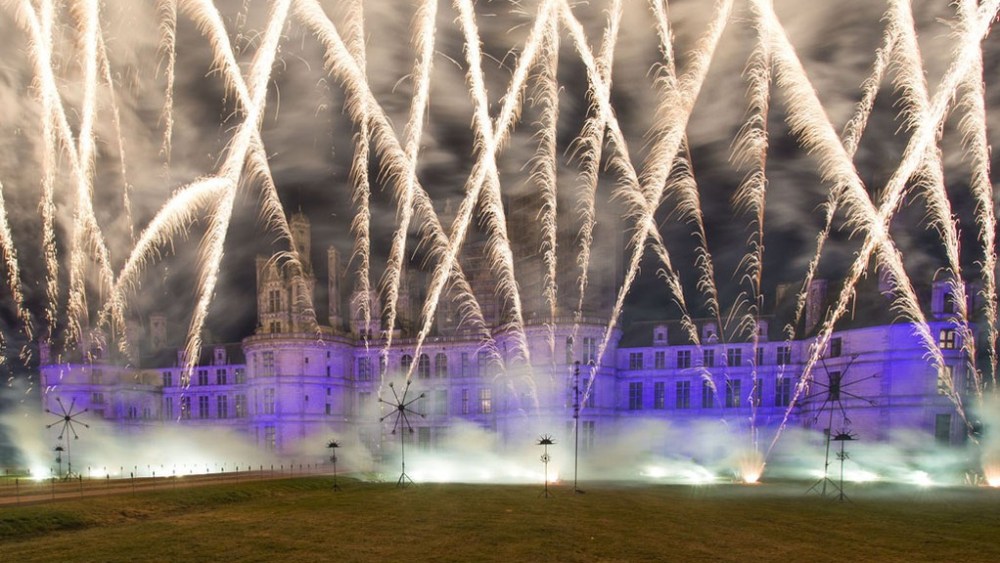 CHAMBORD, France — Van Cleef & Arpels created a magical kingdom in which unicorns exist and elephants roam at the Loire Valley’s Château de Chambord to celebrate the launch of its latest high-jewelry collection, Peau d’Âne (or “Donkey Skin”). It was inspired by the Charles Perrault fairy tale of the same name.

The sumptuous event, for which the château was privatized, was held Thursday and Friday — the first day exclusively for customers, while the second was designed to give the international press a glimpse of a rarefied world.

“We decided to create an event that is really the same sort of experience that we create for clients,” said Van Cleef & Arpels president and chief executive officer Nicolas Bos. “This type of event is an experience that becomes an expression of the house that you never see.”

Van Cleef normally shows its high-jewelry collections to journalists in presentation format during couture week, alongside the other Place Vendôme houses.

“[Presentations are] a way to show on a very regular basis that there is creation in jewelry, but when we do projects like this, we want…to show the collection in conditions that we feel are appropriate and exceptional,” Bos explained.

Guests were welcomed into the 16th-century château, which was transformed for the occasion into a magical realm with floral bowers and chambers peopled by masked dancers in medieval costume, men with deer’s heads and performing owls. The edifice features in Jacques Demy’s 1970 movie “Peau d’Âne,” starring Catherine Deneuve and Jean Marais.

Thirty-six pieces from the high-jewelry collection, which will total around 120 creations, were on display, and several had already been sold the previous evening, according to brand executives.

The collection includes several house references, like the Zip necklace and fairy clip, the latter created in various manifestations inspired by the ever-more-elaborate gowns sported by the heroine of “Peau d’Âne.”

Everything is infused with the magical world of the tale itself, from the Château Enchanté clip centered with a 39-carat oval-cut Brazilian emerald to the Gateau d’Amour ring made of white and yellow gold set with gradated yellow to brown diamonds and centered with a 4.48-carat emerald that plays an integral part in the original story.

“High jewelry is the identity of the brand,” said Bos. “It’s not only image for us. This house was built on high jewelry. For us it is a core activity. We have a real group of high-jewelry clients and collectors all over the world.”

Van Cleef & Arpels makes between 500 and 600 pieces of high jewelry in its dedicated workshops each year, he said.

Although Bos could not be drawn on numbers, he maintained that the activity is a “quite significant” part of the house’s business.

The Peau d’Âne collection will be shown again at the Biennale des Antiquaires in Paris in September.

The evening continued across the lawn from the château in an especially erected oriental-style marquee past which swept a parade featuring an Indian elephant and a unicorn, as well as other mythical creatures and horses and carriages out of which stepped models sporting the collection’s designs.

Guests were then treated to a medieval-style banquet concocted by three-star Michelin chef Marc Meneau. This was followed by a performance of songs from “Peau d’Âne” by opera singers Natalie Dessay and Laurent Naouri accompanied by musician and composer Michel Legrand, who wrote its original score.