The 74-year-old company, which is known for its vintage pieces by jewelry designer Fulco di Verdura, is opening its first shop-in-shop in Toronto on Monday. 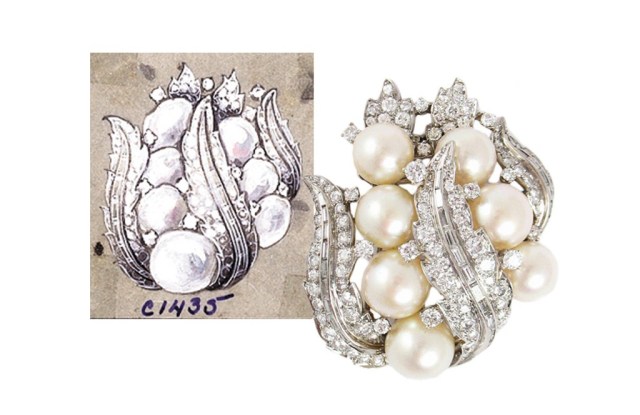 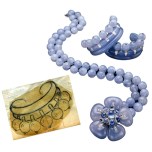 The 74-year-old company, which is known for its vintage pieces by influential jewelry designer Fulco di Verdura, is opening its first shop-in-shop in Toronto on Monday.

“This is the first time that we’ve tried it. In a sense it’s a model. We’ll see how it works,” said Verdura chairman and chief executive officer Ward Landrigan, referring to the new venture. “I didn’t want to do a brick-and-mortar thing because this is enough of a commitment. It is on a scale that we can handle. That’s the other thing, too — we’re still very small.”

According to Landrigan, a series of events is planned to fete the company’s expansion to the Canadian market in the coming months, including an unveiling of Coco Chanel’s original early Thirties Maltese Cross cuffs created by Verdura. The cuffs will make their Canadian debut later this month.

In addition, the jeweler will reintroduce its En Voyage collection for holiday. Referencing Verdura’s travels to England, France, India, Italy and around the Mediterranean, the brand will display the collection at a series of opening events leading up to Christmas.

But first for the brand is a vintage exhibition and sale featuring Verdura and Suzanne Belperron pieces. The exhibit opened Thursday and will run through Dec. 27 at the firm’s showroom at 745 Fifth Avenue. The baubles, which span the Thirties to the Sixties, include a Belperron black lacquer and green glass cuff and torque necklace, as well as Verdura’s platinum and diamond feather ear clips, which were owned by Brooke Astor.

“This is by far, when I say by far, by about 50 percent, the biggest collection of vintage jewelry that I’ve had,” said Landrigan, referring to the exhibition, which includes 83 pieces.

According to Landrigan, all of these events, including the vintage sale and exhibit, are in advance of the brand’s 75th anniversary. To fete that milestone, Landrigan said he’s planning on curating a “bang up, comprehensive exhibition of Verdura’s jewelry.”

Inspired by the Cartier exhibit at the Metropolitan Museum of Art here in the Nineties, Landrigan said he would like to include Verdura’s sketches to accompany the jewelry, in order to show the designer’s “masterful,” yet “approachable” aesthetic.