The luxury jeweler is revealing itself to Chinese consumers and the world with an immersive exhibition in Shanghai.

The story of Tiffany & Co. is getting retold in a new way and for a new consumer.

The jeweler already has an unusually rich narrative, especially for an American brand. It starts when Charles Lewis Tiffany founded the company in 1837 and extends to the brand’s numerous innovations — its famous robin-blue boxes, the Blue Book catalogue, the Tiffany Setting that introduced the modern engagement ring — and is carried on through Audrey Hepburn’s star turn in “Breakfast at Tiffany’s.”

Now the company is looking to build in China and is reframing its long history, drawing out the key elements of the brand and presenting them in “Vision & Virtuosity,” an exhibition at the Fosun Foundation in Shanghai that starts its seven-week run on Sept. 23.

The result is a fresh look at the brand, stripped down to its essence so Tiffany’s core values can be introduced to Millennials, particularly in China, who know the name, the movie and the setting, but not necessarily the context that gives the brand its depth.

Chief executive officer Alessandro Bogliolo told WWD in an exclusive interview: “It is really our mission to evolve our brand. It’s a matter of being relevant in the cultural conversation, as [Tiffany] has been for the last 182 years.

“It’s a matter of how to deliver all that seriousness of craftsmanship, of design, of legacy that are great fundamentals.…How to deliver this in a way that is compelling for the people of today who get bombarded by their digital media,” the ceo said. “You get so much information, you are almost unable to evaluate what is very deep and what is superficial.”

Rather than a survey of Tiffany’s history, the exhibition is more of an immersive experience, touching on the brand’s foundation and drawing heavily from the company’s past styles.

“There are many incredible objects in the Tiffany archives that we draw inspiration from and we are constantly finding ways to reinvent and reinterpret them for our designs today,” said Reed Krakoff, chief artistic officer. “With this exhibition, we honor the past and show how beauty and masterful craftsmanship are timeless and always relevant.” 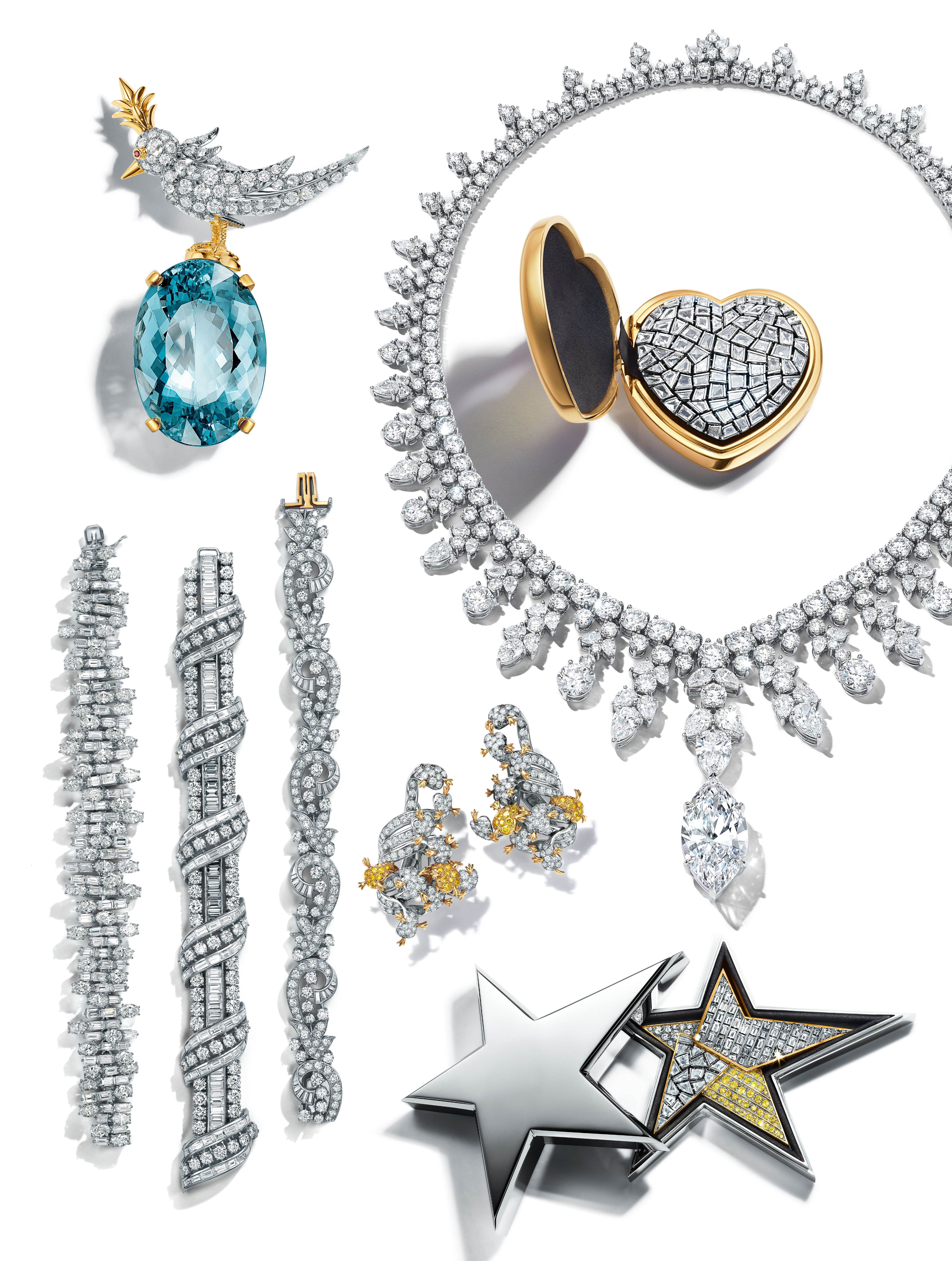 The exhibition will take people through six chapters, including “Blue Is the Color of Dreams,” “The World of Tiffany,” “The Tiffany Blue Book,” “Tiffany Love,” “Breakfast at Tiffany’s” and “Diamonds: Miracles of Nature.”

Helping tell the story are a 128.54-carat Tiffany Yellow Diamond, an original script of “Breakfast at Tiffany’s” with Audrey Hepburn’s personal annotations, the 1845 Blue Book and many pieces from the archive. 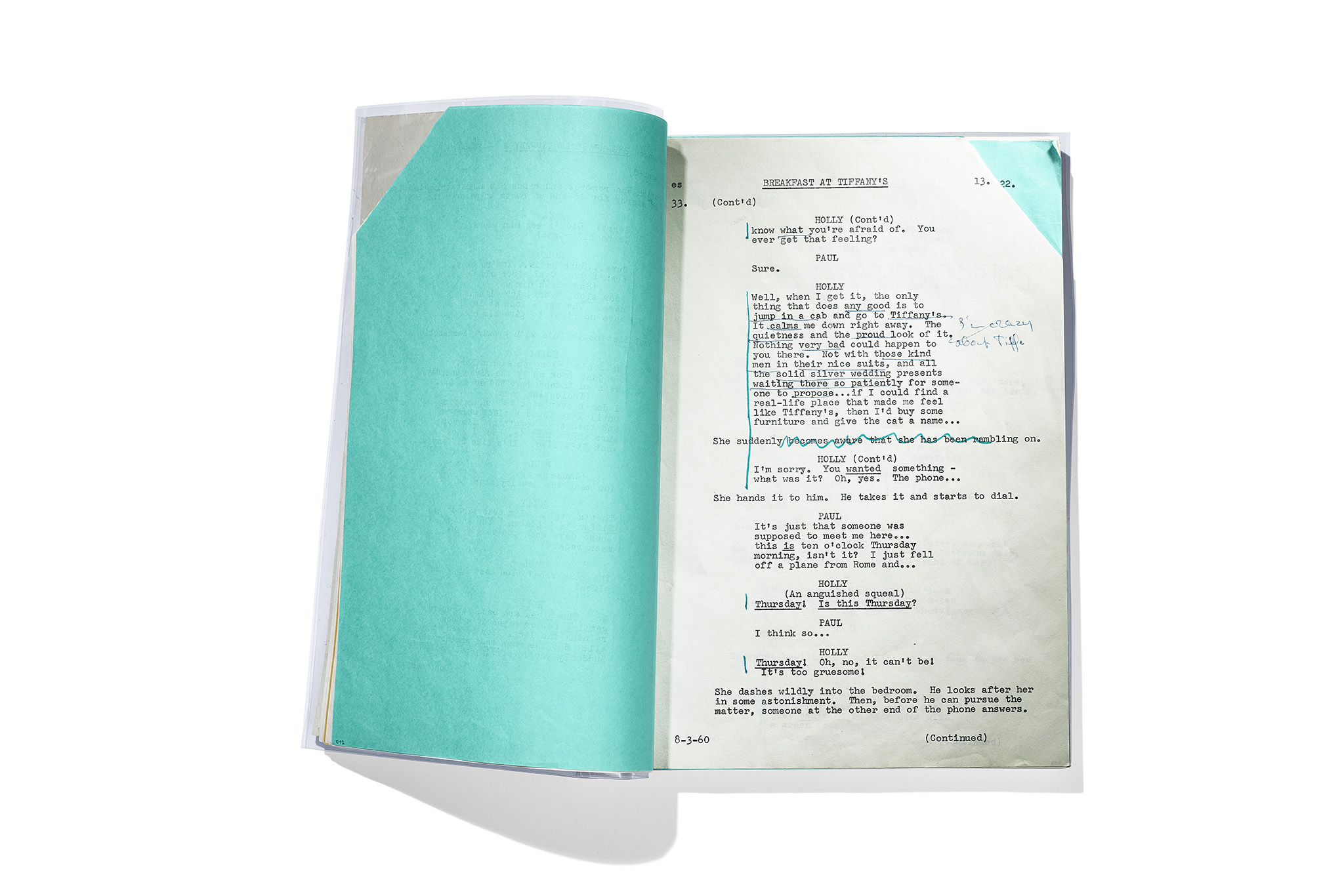 Chinese are expected to account for 40 percent of the world’s luxury spending by 2025 and have grown accustomed to exploring brands through exhibitions and events. Louis Vuitton’s traveling “Time Capsule,” which just finished a run in Mexico City, debuted in Hong Kong in 2017. And Prada held its men’s show in Shanghai last month.

While the Tiffany exhibition puts the company’s tradition of craftsmanship front-and-center, Bogliolo said he cannot bore consumers with the nuances of polishing diamonds or exactly how gems are traced through the supply chain — although Tiffany has lots of information on both.

“We have to be simple in the communication,” he said. “This is the process we have gone through with Reed — in order to evolve the way you communicate, you have to be even stricter about what you want to communicate. If it’s not really the truth of your DNA, then it becomes just a fluffy kind of message that says nothing about Tiffany.”

The ceo believes the brand’s 19th-century roots in New York City speak to the Chinese Millennial.

“Imagine New York in 1886,” he said, referring to the year the Tiffany Setting engagement ring made its debut. “It was already strong, but yet an emerging economy of the world.” (China now is in a similar situation).

Into that scene, Bogliolo said Tiffany “introduced a ring that is very pure in its design, but is very simple and that became an expression of love and it becomes a way of behaving for an entire society. If you think there is a link after 130 years with China, it is because these values that were relevant for the emerging New York economy…apply still to the world today. At the end of the day, that simple, yet very recognizable setting stands for love and that is the common thread.”

The idea is that zeroing in on a message as simple — but as deep as — love will help reveal Tiffany’s core to an audience that is still learning about luxury.

“Chinese consumers are very interested in luxury, but they have been exposed to all kinds of luxury brands — apparel, leather goods, jewelry, watches simultaneously in the last 15 years,” Bogliolo said. “There is a bit of confusion in the mind of the consumer. They know the brands, but typically…they connect a brand with a specific bestseller. But there is not much more than that because of all of this overflow of marketing messages.

“Consumers want to know more about the personality of the brand, what is special,” he said. “Tiffany has to stay with what is special about this brand and this is why we thought we can communicate that with stores, with advertising, with social media.”

And now, with the exhibition in Shanghai, that will be projected out to the world via social media. 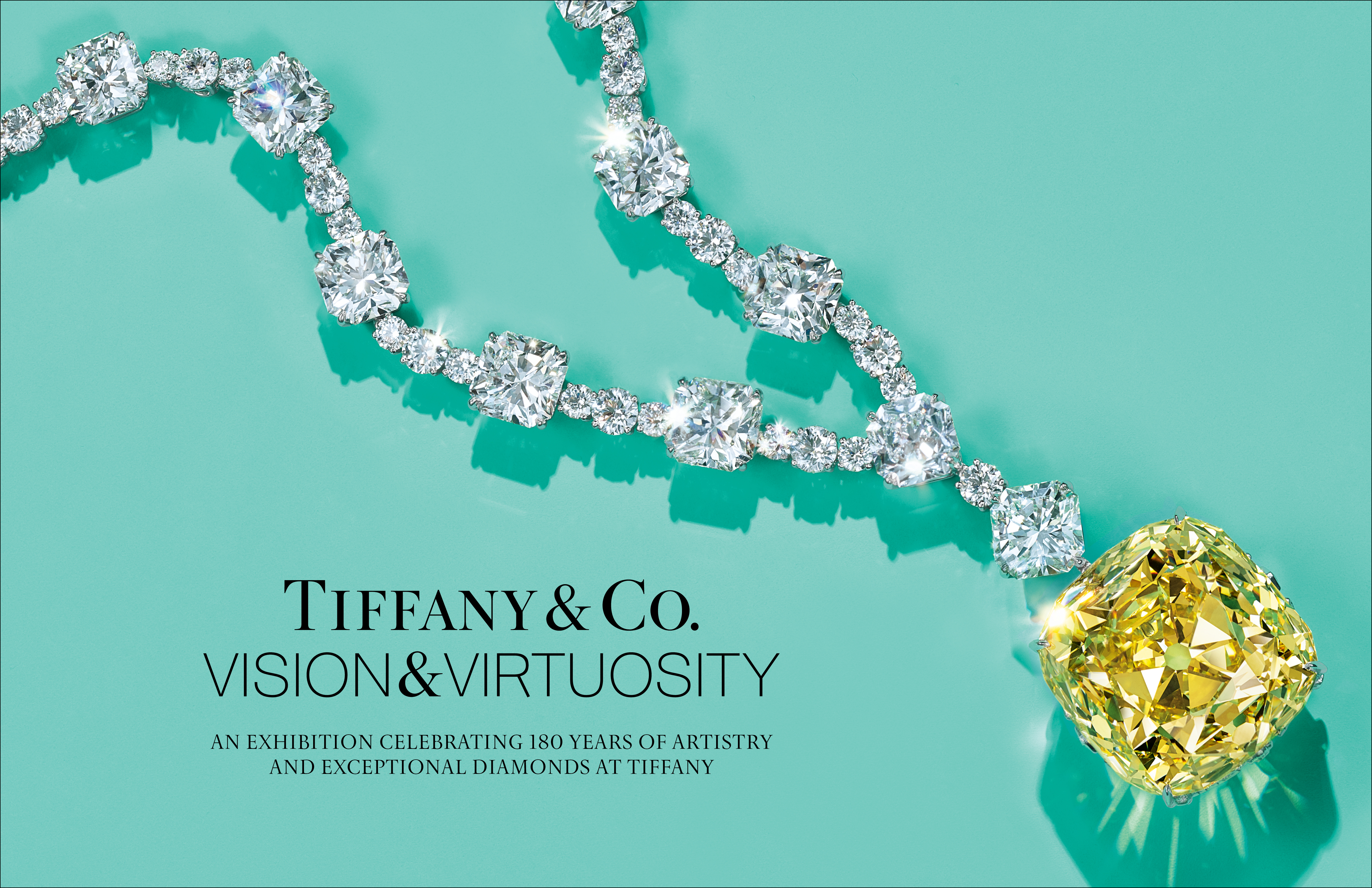 The “Vision & Virtuosity” exhibit will frame the Tiffany brand in a new way in Shanghai.