LONDON — Thanks to Instagram, e-commerce and the growing trend of self-gifting among female consumers, demi-fine jewelry has been one of the most robust sectors in the accessories market.

A flurry of brands, the majority of them female-led, were quick to nail down a success formula in the market. It includes sweet-spot price points, direct-to-consumer strategies and social media-fueled marketing — and as a result are seeing rapid growth and catching the attention of investors. Prices range from 80 to 500 pounds for necklaces, 40 to 200 pounds for rings and 65 to 500 pounds for bracelets.

And they’re just getting started. With dedicated online communities and fresh investments in hand, these brands are now certain they can sustain the growth momentum by broadening their reach and investing in technology, new categories and the right people.

AUrate, a New York-based label that sells both demi-fine and fine pieces using ethically sourced diamonds, completed a $13 million Series A funding last June, which was led by BlueCrest Capital.

The business’ steady, triple-digit growth made the investment a no-brainer, according to the brand’s cofounders, Sophie Kahn and Bouchra Ezzahraoui,

“We have three channels and have been driving strong and profitable growth through all three. Online has been growing more than 300 percent per year, retail has been more than doubling and Curate [a try-at-home service] has grown out of nowhere into an organic, self-sustaining channel. In addition to our unique product offering, the strength of AUrate has been our direct-to-consumer, omnichannel strategy, which allows us to serve our woman regardless of where she is and what she’s looking for,” said Kahn, who also pointed to the “fragmented” nature of the jewelry market that gave AUrate space to grow and connect with consumers.

“There are a few big players and a lot of unknown commodities. This makes it a very attractive market to play in.”

Following the BlueCrest investment, the company is aiming to continue to scale up its existing channels and explore international opportunities. “This investment is to put fuel on the fire. We’re essentially putting the pedal to the metal on everything we’ve been doing,” Ezzahraoui added.

Mejuri, another jewelry label that raised $23 million in Series B funding earlier this year, has also built an engaged community around a similar ethos of offering “everyday fine jewelry without the markups.”

It’s now looking to explore new geographies and diversify its product offer to include new categories. Its first experiment with travel cases and jewelry boxes proved that consumers are hungry for more, with both products often selling out and amassing long wait lists of more than 10,000.

“Mejuri is a lifestyle brand, and we’ll continue to roll out products that suit our customers’ needs,” said Noura Sakkijha, the label’s co-founder and chief executive officer. She pointed to the brand’s strategy of limiting stock and providing a more varied product selection instead, with weekly new ranges.

Missoma, a U.K.-based jewelry label known for its demi-fine dainty pieces and bohemian flair, has had a similar trajectory.

“We had significant growth over three years with strong net profit margins. The demi-fine subcategory itself is growing fast and there is a real opportunity in this space,” said Marisa Hordern, the brand’s founder and creative director, who attributes her success to “sweet spot” price points under 150 pounds and a strong social media presence, which includes an ongoing collaboration with influencer Lucy Williams.

“We can attribute 70 percent of our sales to Instagram at some point in the customer journey.”

Having also received investment from the family-owned private equity firm Capital Generation Partners earlier this year, Hordern is now looking to expand the brand’s presence in the U.S., which has already organically grown to make up 20 percent of the label’s sales and investing in back-end operations.

“There is a lot that needs to take place on the back end to keep up with the growth and make sure we can continue on the same trajectory. We have been doing a lot of detailed consumer insight research, looking into different tech innovations, other category development and integrating various operational, digital and fulfillment systems. It’s so important to keep up to date with the latest tools and technologies as you are not just only as good as your last collection, but you’re also only as good as your technology when you are an online business,” added Hordern, who plans to continue focusing on direct-to-consumer channels like her peers, with the exception of a few key retail partners in key markets. 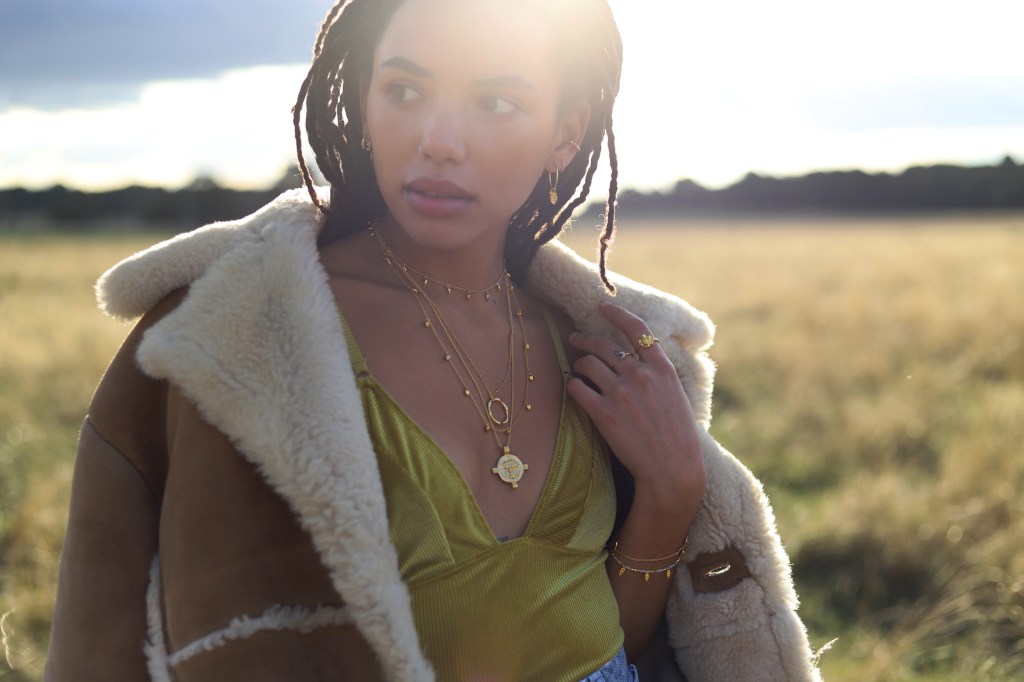 All founders also spoke of the rise of the self-purchasing trend among women for their ability to scale so quickly. At a time when female consumers are starting to shop jewelry online and for themselves, these brands are resonating with them in ways that traditional jewelers don’t and offering them a new luxury proposal.

“Ninety percent of our customers are women, buying for themselves and this has translated into a very loyal customer base with a more than 40 percent return rate,” said AUrate’s Kahn, who also creates new designs based on customer feedback data. “These consumers are looking for a new form of luxury. Yes, they want the same amazing quality and craftsmanship, but they also demand transparency, sustainability and a voice. It’s a modern, digitalized form of luxury.”

Sakkijha pointed to the importance of offering a friendlier, more casual approach to buying jewelry which appeals to female shoppers: Mejuri will often host events like piercing parties or yoga in the park and shoot its jewelry on makeup-free women wearing casual outfits. “By creating showrooms that are inclusive and barrier-free, we’ve made trying on diamond rings something that’s fun, not intimidating. We’ve reoriented a ‘big deal’ into an exciting, guilt-free purchase that you’ll wear again and again,” she added.

The success of brands such as Mejuri, AUrate or Missoma have paved the way for a host of new labels to emerge in the market and build their own audiences.

Among them is Soru jewelry, an independent U.K.-based brand that has made a name for itself for its Sicilian-inspired, statement demi-fine pieces.

The idea was to offer accessible price points yet maintain a high quality by using silver instead of brass and various semi-precious stones.

“Costume jewelry was either made with throwaway brass on the high street or with gold and offered at an unattainable price, so women quickly responded to our products,” said founders and sisters Francesca Kelly and Marianna Doyle, who began to sell their collections on their own e-commerce platform and built a strong online community along the way, including a host of fashion influencers, as well as Britain’s ultimate influencer, the Duchess of Cambridge, who is often known for choosing demi-fine over fine jewels.

“The duchess’ love of Soru really gave us that push forward and we saw an increase of 440 percent in our gross sales year-on-year [since she appeared wearing our jewelry]. The baroque pearl earrings she wore have been a consistent top seller for us,” added the designers.

Alighieri, a label that built a narrative around its “modern heirlooms” by drawing inspiration from Dante Alighieri’s “Divine Comedy,” is another name to note. Its romantic approach has helped it to quickly stand apart and even though, unlike its peers, it has embraced wholesale — key partners include Matchesfashion.com, Net-a-porter and Joyce — it also has a booming e-commerce business which grew by 500 percent in the last year alone.

Having established a strong foundation, Alighieri founder Rosh Mahtani has been exploring new avenues this year, including a men’s jewelry launch, footwear, homeware and bespoke pieces.

“With everything we do, we always want to have a range so you can tap into the story at whatever price point you want,” Mahtani said.

Editor’s Note: This article was revised on August 27. A previous version stated that Mejuri raised $5m in Series A investment in July 2018. The brand has also secured $23m in Series B investment funding earlier this year.