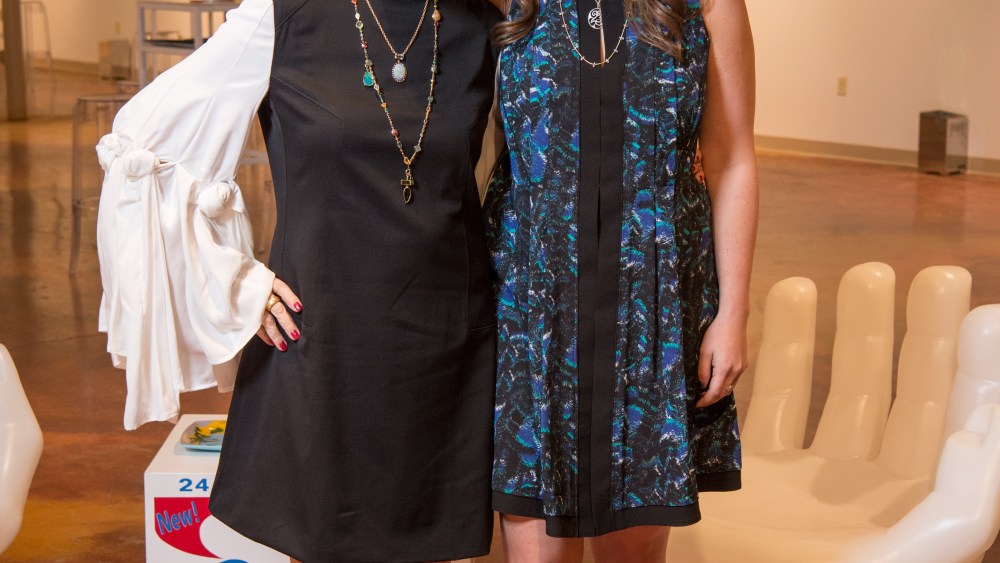 Ylang 23 marked its 30th anniversary late last month with an Andy Warhol-themed party that boasted 20 Warhol works flown in by Christie’s and attracted 300 friends and faithful customers to The Space on Oak Lawn.

Founding owners Joanne and Charles Teichman were in a festive mood in no small part because they were also celebrating their 35th wedding anniversary — and planning future growth.

“I have felt less nostalgic — especially in the last month as we created this huge celebration — than I thought I would,” Joanne Teichman mused. “”I’m excited about where to go next.”

The biggest change at the designer jewelry business will come next fall with the long-awaited entry of their daughter, Alysa, into the business after she completes an MBA at New York University. Having previously worked in e-commerce at Ylang 23 and Jack Rogers USA, she will serve as vice president of business development.

“We’re truly looking forward to having her work with us,” he said. “She’s really motivated. All the time she’s saying we need to scale the business. We’re all for new ideas.”

One of her strategies calls for setting an open to buy, something anathema to the Teichmans’ longtime “gut feeling” approach to buying.

What will certainly remain are the omnichannel strategy and dedication to customer service that have been critical to their success.

Volume is well north of $8 million, Charles Teichman said, having risen 20 percent last year with the move to the Plaza at Preston Center.

This year “is not going to be a banner year,” he said. “But considering the ups and downs in the market and what you hear in the debates, which is worrisome, we’ll end up 9 or 10 percent up.”

True to their reputation for nurturing fresh talent, the couple has picked up Emily Amey, Lulu Designs, Matthew Swope, Moritz Glik and Selim Mouzannar. At the same time, they have released some longtime vendors that are sold at Neiman Marcus due to promotional activity.

“We are not promotional,” Joanne declared.

Ylang 23 was ahead of many of its competitors to the web, creating a site in 2000 and adding e-commerce the following year.

They now ship the world over, and holiday business has “gone nuts” since Sunday, Charles noted.

“Suddenly, everybody wakes up,” he observed. “We just sold a $10,000 Irene Neuwirth necklace on the Web. I’m not sure I’d have the guts to order something for $10,000 online. I’m old-fashioned. I have trouble buying a book on Amazon. I’d rather go to Barnes & Noble.”