The jeweler names Zendaya as one of its new ambassadors and ceo Jean-Christophe Babin lays out strategies that LVMH could use to grow Tiffany & Co.

Bulgari today will unveil its own take on inclusion and genderless fashion — expressed through jewelry, of course. The luxury brand will kick off New York Fashion Week with an event at the Brooklyn Navy Yard, marking a new iteration of its B.zero1 franchise called B.zero1 Rock, as well as the announcement of its 2020 brand ambassadors.

The new B.zero1 Rock revises Bulgari’s classic unisex ring style to include faceted pyramid studs, some with diamond bezel embellishments. Internal marketing materials show the designs styled to reflect a younger mood, featured alongside bright clothing and stick-and-poke tattoos. Chief executive officer Jean-Christophe Babin told WWD that the design is indeed intended to resonate with a younger audience and represent a contemporary lifestyle. “[We made] it more multigender than ever before,” the executive said.

Representing the collection and other Bulgari products for the year are the brand’s four 2020 ambassadors: Zendaya, Naomi Scott, Kris Wu and Lily Aldridge. The group is featured in a new campaign called “Mai Troppo Bulgari” with images shot across Rome by Johan Renck.

While little-known in the U.S., Wu is a superstar in Asia and was previously a member of the wildly popular K-Pop group Exo, which pre-dated BTS as the biggest boy band in the world. 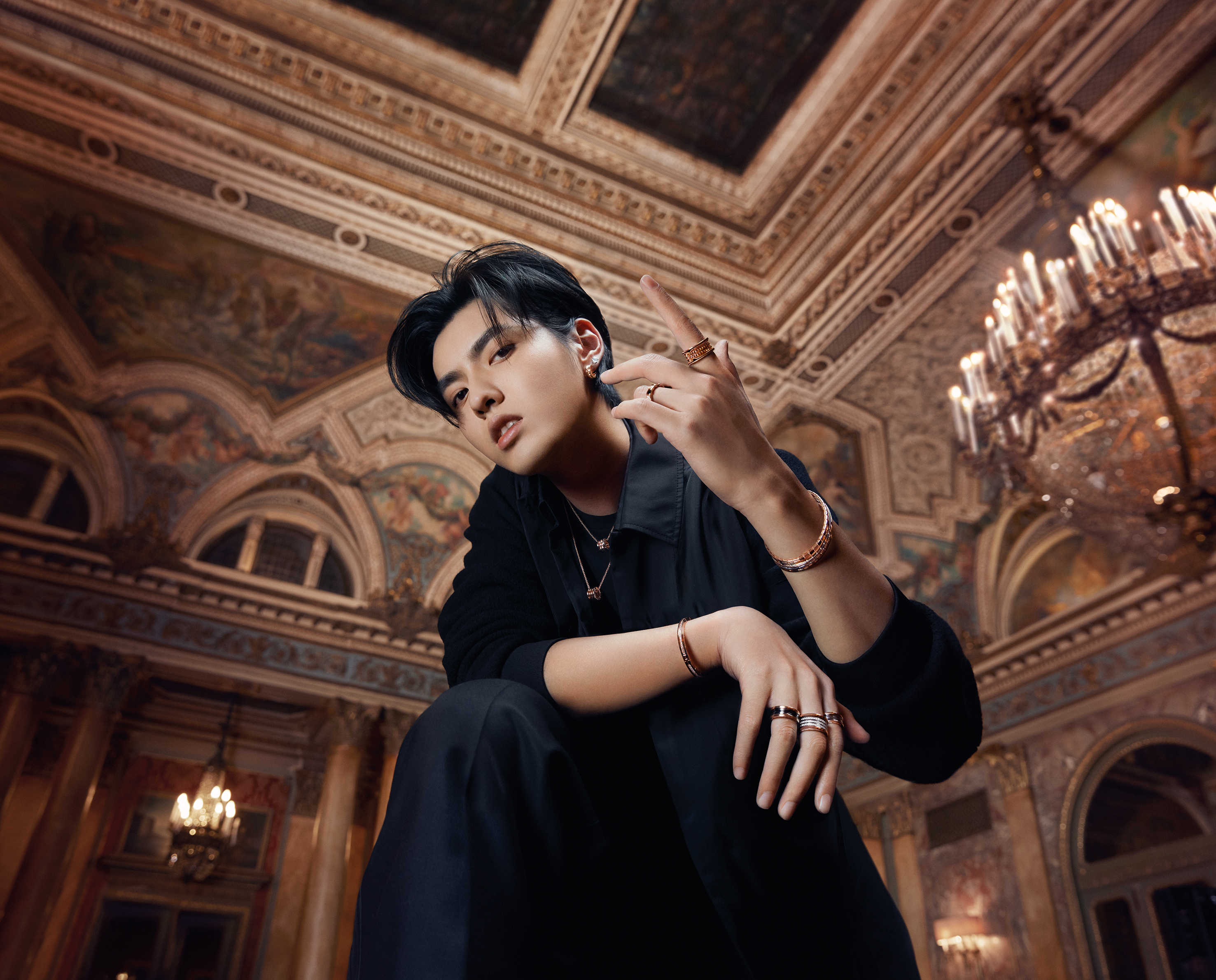 Babin — who also today revealed Bulgari’s contribution to finding a cure for the coronavirus — said that this new cast of ambassadors underlines the brand’s global appeal. “We decided for the first time to have a man as the protagonist for this campaign and had gone through a roster of very complementary talents. Zendaya is epitomizing the Generation-Z spirit, Naomi Scott is British and Indian — it’s this combination that is evidence of the diversity of Bulgari. It’s not a brand only for Americans or Chinese. It’s a global economy with global diversity and we are acknowledging the universal appeal of the brand,” he said.

Brooklyn was chosen as the location for the launch event because of New York’s prominence as a boundary-breaking city for gender equality and rights. “It is the most multigender and unisex city,” Babin said.

The executive feels that the time is right for jewelry — poised to overtake shoes and bags in 2020 as women’s accessories’ category of choice — because of current consumer mentalities regarding sustainability and value. “Jewelry is the oldest luxury that exists in mankind, it was first to emerge after humans saw their basic needs fulfilled. Today we see a continuation of the last 15,000 years of history and a very strong emotional component,” he said.

“Millennials are interested in authenticity and real substantive value which not only means craftsmanship, it’s also about the origin and the eternity of materials. If you take all those parameters, jewelry is the best-fitting category. It’s a category where the eco footprint is the least, you can buy, you can resell, you can recycle — it’s very sensible,” Babin added.

Millennial and Gen-Z consumers are known to make jewelry traditions their own, adorning their ears with piercings and wearing rings on multiple fingers. Babin said that Bulgari has benefited from this trend, as it hedges its highest jewelry performance on its ring and pendant assortments. The B.Zero1, in particular, has lent itself to this transformative nature. “We have seen it on thumbs but also as an alternative wedding ring,” he said of the style’s flexibility. 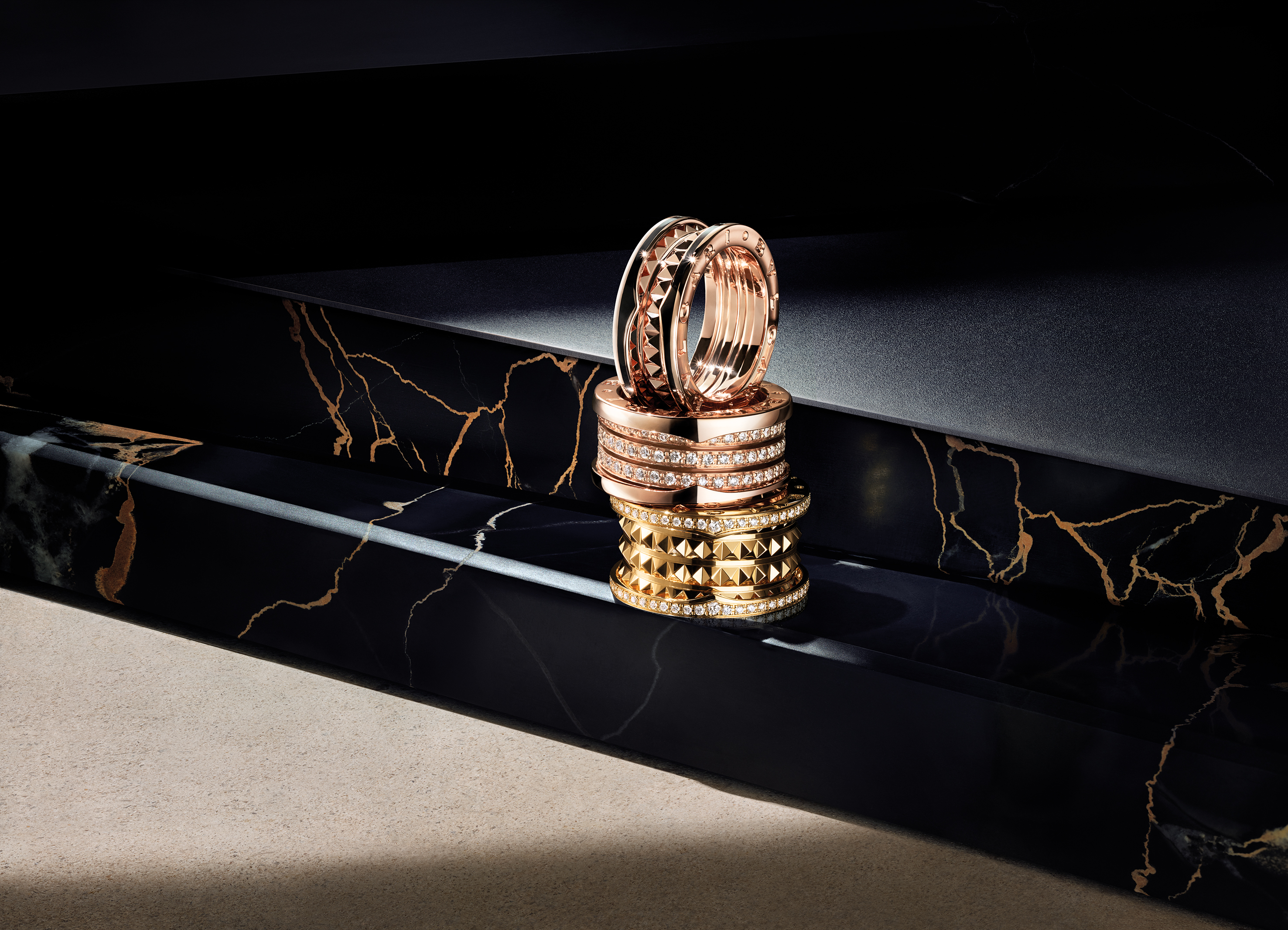 While Bulgari has become the blue-chip jeweler in parent company LVMH Moët Hennessy Louis Vuitton’s vast portfolio, it will not be alone for long. The luxury group will take over ownership of Tiffany & Co. by mid-2020 — a move approved earlier this week by Tiffany shareholders. While speaking with reporters and analysts late last month, LVMH chairman and ceo Bernard Arnault says that the group’s success with Bulgari could offer a road map to its expansion of Tiffany.

“Since we bought Bulgari, we have multiplied revenues by a little more than two and operating profit by a little more than five. So given that we will soon acquire Tiffany, that’s the target we’re setting for our Tiffany teams. It took us 10 years, so this won’t happen overnight. If we can do that, I think we’ll have made a good acquisition,” Arnault said of the luxury sector’s biggest-ever deal.

Babin, obviously pleased by his boss’ remarks, was careful to note that the two jewelers “are not exactly comparable,” and differ in their assortment, aesthetic and history.

“What happened at Bulgari, most importantly was a refocus on jewelry — meaning we did not discontinue the other categories but decided to communicate on the brand only through jewelry and find a total focus there with our creative and financial resources,” said Babin.

This effort informed the remainder of the brand’s activities, from soft leather goods to hotel interiors and perfume bottle designs. “We had many different stars but didn’t have a real icon; B.Zero1, for instance, today is a multihundred-of-millions-of-dollars franchise, so is Serpenti,” said Babin.

“We picked up on three or four symbols and eliminated the others, and after being rerouted as jewelry icons we expanded them into other categories — the best example being Serpenti, which started as a 2 million euro necklace but has been filtered to also be a $3,000 ring and also a ladies watch and leading bag collection,” he added.

Babin cautioned, however, that iconic symbols must be based in a larger purpose — either representing brand edicts or key points from its history. “All of our collections have roots in Italian symbols. We have 20 centuries of storytelling, nothing is out of the blue. The designs have a history, rooted in the most eternal city in the world. We even added the ‘Roma’ subname underneath our logo to bring the brand into an environment which is art, architecture and a unique lifestyle — the dolce vita,” Babin said.