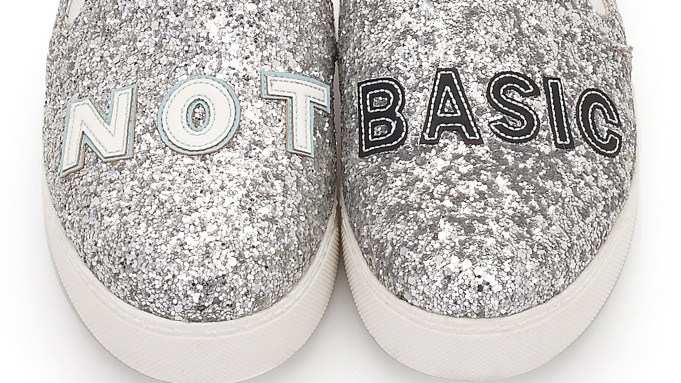 As back-to-school shopping peaks, retailers are noticing a trickle-down effect from some of ready-to-wear’s biggest recent trends: Seventies and ath-leisure.

“[This year], we’re hearkening back to the Seventies,” said Stephanie Solomon, vice president and fashion director of Lord & Taylor, noting brisk sales. Nicole Fischelis, Macy’s group vice president and fashion director of global forecasting, said, “We have been seeing a big resurgence of the Seventies influence, which may have a stronger influence in the high school bracket. The slightly older girl is more likely to embrace the Seventies-inspired bohemian trend as it represents a more global and sophisticated way of expressing individuality.” She cited denim, chokers and suede cross-bodies.

The prime example of this trend’s influence is the evolution of the boot, Solomon said. “The must-have style is a high-shaft boot in tan — not black — with block heel,” she said, naming Frye as a popular brand. “Last year, we were talking about booties, but the tall silhouette with a block heel is quintessential for that [Seventies] look.”

Jesse Edelman, national sales manager for the Circus by Sam Edelman division of Caleres, agreed: “In the boot category, the update is a half shaft/half boot that comes a little higher up the leg for clean lines.”

The Seventies has also given a boost to a traditionally under-the-radar category: hats.
“Hats are trending for early back-to-school, and that dovetails with the Seventies’ loose, relaxed style,” said Sears’ Liz Simon, president of the apparel division.

“A felt, wide-brim hat is a must-have,” Solomon said. “It tops off any look. We were recently in California and there wasn’t a girl who wasn’t wearing one.”

Long, layered jewelry also lends itself well to the trend. “Our jewelry has taken off significantly,” said Fran Horowitz, brand president of Hollister. “Layered necklaces with the three-tiered look are doing very well.” Alex and Ani’s newest necklaces feature adjustable lengths, making it easy to get the desired mul- tinecklace look. Beecher Fritzmeier, the brand’s vice president of design, added that the company’s new Unexpected Miracles line is another option. “And, we are expanding price points so everyone can buy into it.”

The influence also applies to bags. “Our number-one trend is all about fringe,” Horowitz said. “Our customers are really loving that look.”

Sloan Tichner, president of Steve Madden handbags and accessories, said popular bags for the brand are of “Seventies soft-rock” influence, with suede as a key material.

For students going for comfort remains a trendy option. Sneakers lead the way.

“Sport sneakers and the rest of athletic continue to perform [well],” said Sofia Wacksman, vice president of trend at Kohl’s Corp. New Balance’s Scarlet Batchelor, manager of the brand’s kids’ category, noted that kids’ sales are up 6 percent year-over-year in the 12 months ended in July.

“When it comes to girls’ footwear, we’re not just competing with other brands — there are so many style options. With the shift toward ath-leisure, we can increase market size,” she said, adding the unisex trend has girls going somewhat more neutral.

Vicki Redding, vice president of apparel and accessories at Vans, said Nineties-inspired high-tops were a trendy option, with specific best-sellers including its 580’s and Vazzy Rush styles.

Circus by Sam Edelman appealed to the girlier side of ath-leisure, with novelty slip-on sneakers emblazoned with popular sayings, emojis or emoticons.

“The core of our novelty program comes from sport,” Edelman said. “[This customer] wears her expressions on her sleeve, so to speak, so we’re giving her a glitter silver sneaker that says, ‘not basic.’ There’s fun and whimsy in it.” The idea of novelty extends to the b-t-s quintessential accessory, the backpack, and the category is being driven this season by styles adorned with bright colors and graphics, across all grade levels. “Younger customers always respond to characters,” said Sears’ Simon. “The new ‘Star Wars’ movie comes out toward the end of the year, so that’s one to watch from an accessories standpoint.”

Mass retailers Target Corp. and Wal-Mart Stores Inc. both noted popularity among character-driven backpacks, with the latter citing “Frozen,” “Minions” and “Teenage Mutant Ninja Turtles” as its most popular properties.

Target spokeswoman Sarah Zeman said 2015 is a big year for licensing. Whether it’s new movies like “Minions” and “Star Wars” or favorites like “Frozen” and “Teenage Mutant Ninja Turtles,” she said accessories, backpacks, supplies and apparel with these characters have been well-received.

For older customers, more generic prints are the key. “For back-to-school, backpacks are the key volume driver for the accessories division,” said Vans’ Redding. “We recently launched Vans x Disney and a printed project with design house Eley Kishimoto that helps drive energy and volume into the category.”

While backpack silhouettes tend to stay traditional, adjustments are being made to accommodate more tech gadgets.

Vans introduced two styles for fall — the Old Skool Plus and Cameo — which include upgraded internal organization features to hold such items. “High school students require more range due to laptops and other items,” Redding said.

A testament to the selfie generation, many retailers added that this year’s students are not afraid of styles that will get them noticed. “Every student needs a backpack and sneakers, but personalization is really big this year — including stickers, patches, novelty keychains and slogans,” said Macy’s Fischelis. “We’ve been seeing a big trend in novelty that is resonating with younger students. It’s all about expressing yourself, whether it’s your sneakers or cell-phone case.”