APLF’s fair celebrated its 30th anniversary with an increase in visitor numbers, but the lackluster economy stopped it from really sparkling. 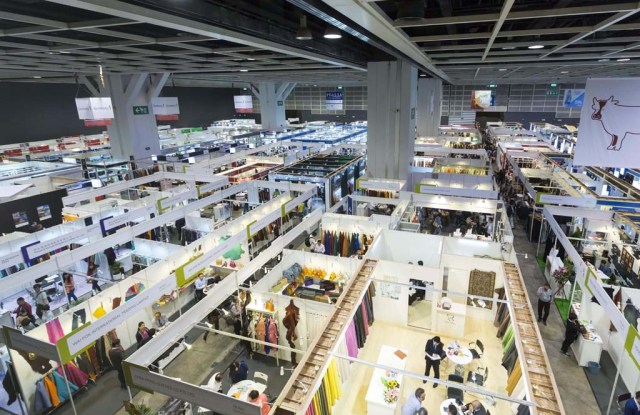 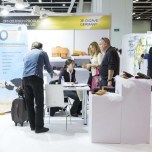 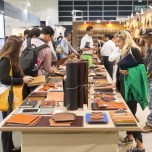 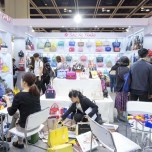 HONG KONG — APLF’s Fashion Access celebrated its 30th anniversary with an increase in visitor numbers, but the lackluster economy stopped it from really sparkling.

A total of 11,823 visitors attended the fair, including 8,687 international buyers from 83 countries. Buyers from China increased almost 8 percent, with some of those from established U.S. and European brands operating on the mainland.

But the three-day fair at the Hong Kong Convention and Exhibition Centre saw a fall in the number of exhibitors, with 482 this year compared with 524 last April. First-time exhibitors accounted for 104 stands, and there were many from Hong Kong (138), China (136) and India (71), as well as 22 other countries and regions.

Janet Wang, manager of Minimalism, a Guangzhou-based leather goods company, was exhibiting at the fair for the first time, hoping to expand the brand’s customer base to America and Europe and secure orders in Hong Kong, Singapore and Malaysia. She said that although the economy had stabilized, customers were getting more difficult to please.

“It used to be that customers would place orders at a show. Now it’s tougher and they want to haggle about the price, maybe they won’t confirm until after the show,” Wang said.

Guangzhou-based bag manufacturer Sac de Pinko took a large booth and saw a steady stream of buyers through the fair, but manager Lisa Zhang said business was not as good as they had hoped. “Business is same, same. We have a lot of American customers and also from Japan, Europe, Thailand and Korea. They are coming back to us, but some of them are buying less this time,” Zhang said.

First-time exhibitor Alfredo Gil, manager of Venezuelan brand Charo Garcia, said the 10-year-old brand had been successful up until the economic collapse in his country last year. Business dropped 90 percent, and he quickly realized the brand needed to reach a wider audience to succeed. He and his wife, who designs the bags, were at the fair hoping to target small boutiques.

“It’s a tough market. There are more brands on the street. I’m seeing a lot more designers from Russia and China. More competition,” said Gil.

Chinese buyers were avoiding the brand, perhaps put off by the fact that the Charo Garcia logo is similar to that of Tory Burch, one of the most knocked-off brands on the mainland.

“Chinese buyers don’t understand our brand yet,” he said. “But I’ve got some orders. A Belgian customer just put in for 150 bags; that’s a good order in these times,” said Gil.

To mark three decades in the business, the fair staged a special program of shows and presentations on leather. Headlined “Leather, Past, Present and Future,” the forum drew experts to speak about all aspects of the industry, from Brazilian leather and sustainability to the trade in reptile skins.

“Leather is getting thinner and more lightweight, so it can be worn in summer. And the hot trend now is matching it with lace or mesh,” Mak said.

Mardiana Ika, the founder of Ika Butoni, has earned a reputation for her intricately crafted leather garments and bags made of macramé leather. At the fair for the seventh year, her stand was given prime position because of the high fashion element and craftsmanship. Although pleased by the attention, she said she was wary about the Chinese buyers.

“They come and look very closely at the clothes — they are trying to work out how we do it so they can copy us, but it’s all done by hand so it’s not easy to copy,” Ika said.