Friday in Sydney, the Adelaide-based leather goods and apparel company will present an edit of Hershan’s first full collections for the 84-year-old brand. 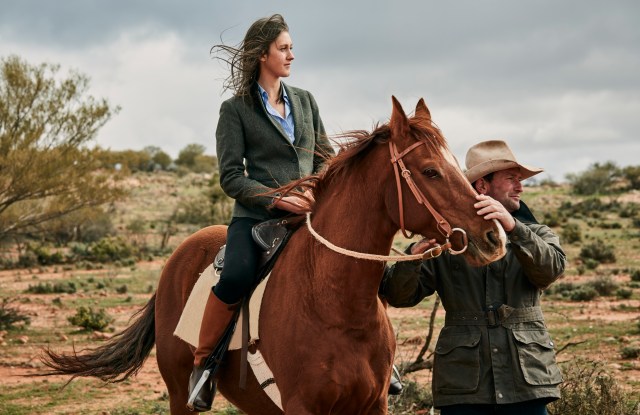 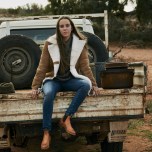 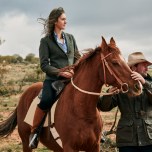 Friday in Sydney, the Adelaide-based leather goods and apparel company will present an edit of Hershan’s first full collections for the 84 year-old brand — 250 stockkeeping units of men’s and women’s apparel and leather accessories for the southern hemisphere fall season.

Included is a spring capsule that will land in the brand’s 900 stockists across 15 markets from Jan. 11, in addition to four new flagships that opened in London, New York and Wellington and Auckland, New Zealand in recent months.

The latter are the first of a planned rollout of at least 10 new international R.M. Williams stores over the next two years — including six in the U.S. and four in Europe — as new owner L Catterton Asia (formerly L Capital Asia) scales up the business.

Melbourne-born and educated Hershan joined the company in November last year after almost a decade in London working on the design teams at Gieves & Hawkes, Aquascutum and Alfred Dunhill.

Hershan’s first port of call was the R.M. Williams Outback Heritage Museum in Adelaide to dig through the archive.

Among finds from the Fifties to Sixties which he has reworked: original moleskin trouser cuts, a men’s rider jacket and women’s riding jodhpurs.

“[The jackets] are bit more contemporary but still designed to withstand the foulest elements that Australia can throw out at you” said Hershan.

Via 57 R.M. Williams stores and concessions and 450 wholesale outlets, the Australian market accounts for 85 to 90 percent of R.M. Williams’ sales.

Sales for the year to June 2015 were 124.6 million Australian dollars, or $104.2 million at average exchange, down 2.8 percent, according to documents lodged with the Australian Securities and Investments Commission last month.

Footwear represents the bulk of sales: 60 percent in Australia and 70 percent internationally.

The brand’s hero product is its best-selling, elastic-sided Craftsman boot that is hand-crafted from one piece of premium leather in the company’s Adelaide factory and which starts at 495 Australian dollars ($375) and reaches 4000 Australian dollars ($3,027), for a bespoke version in exotic skins.

The swags-to-riches journey of Reginald Murray Williams — who died in 2003 aged 95 — is one of Australia’s most iconic entrepreneur stories.

The son of a pioneer settler, he left home at 15 with his “swag” or bedroll to work the outback. On the road he was taught to make plaited leather belts, bridles, saddles and boots by bushmen, notably an itinerant saddler by the name of Dollar Mick.

Williams set up his first factory in Adelaide in 1932 and later also went on to make millions in gold prospecting.

“What’s interesting about the brand is how it cuts across these demographics — you have a rural customer who’s very much this western-inspired way of dressing and then you have an urban consumer” said Hershan, who revealed plans for a Texas store.

R.M. Williams had a strong affinity for the American West.

The brand’s trademark is a Texas Longhorn and Williams was instrumental in popularizing American rodeo culture in Australia.