Color and Price Key at Mipel

Vendors still had to cope with cautious buyers and a price-focused demand. 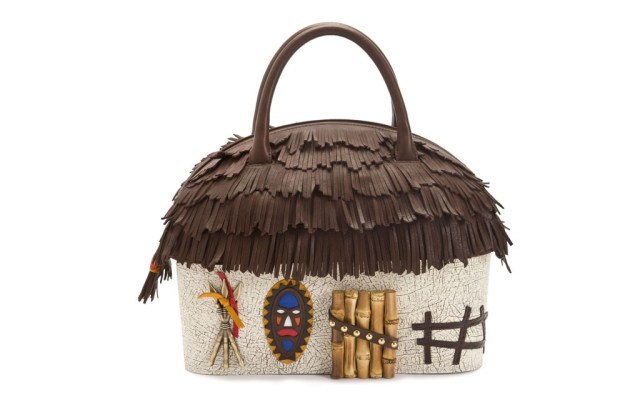 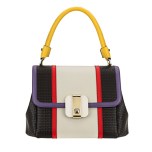 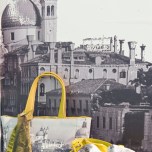 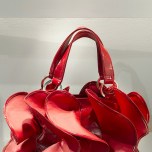 MILAN — Vendors at the 102nd edition of Mipel, the Italian leather-goods and accessories trade fair, tried to beat the generally gloomy atmosphere with a rich and colorful selection of high-quality products. But they still had to cope with cautious buyers and a price-focused demand.

Despite the current economic situation, some well-known brands returned to Mipel, like Serapian, which was selected for its excellence and invited by a committee of industry opinion leaders, including Beppe Angiolini, chairman of the Italian chamber of fashion buyers.

Timberland returned to Mipel, and Marcello Mora, sales manager at Mediterranea (the company that holds the Timberland leather-goods license), was optimistic: “In the middle of the sales campaign, we have reached the same sell-through as last year. The shops we acquired last year returned this season to buy.”

Closing figures confirmed that the Italian market is still undergoing a historic recession.

The decrease in the number of domestic visitors to Mipel was in line with the drop in domestic demand reported in the first half of 2012 (down 6.2 percent in volume) by Italy’s leather-goods industry association, Aimpes. Exports of medium to high-end products powered business, thanks to the growing purchasing power of customers from emerging markets like China, the Middle East and Eastern Europe.

According to Giorgio Cannara, president of Mipel and Aimpes, “The growing interest from these countries is a good sign, because it indicates that people here, who increasingly insist on the very highest standards, are looking to Mipel to find the products that best meet their requirements.”

Exports from Italy were up 25 percent for the January to May 2012 period compared with the same period in 2011.

Mipel took place at the Milano Fiera Rho fairgrounds from Sept. 16 to 19 and counted 371 exhibitors, of which 243 were Italians. Countries like India (41 exhibitors) or Spain (24 exhibitors) were well represented. This edition welcomed 16,700 visitors, 5 percent less than in September 2011, mostly because of the 8 percent decrease year-on-year in the number of Italian visitors (7,870).

If the fair was less crowded than usual, some key exhibitors noted that the people who attended the fair came with a strong intention to buy.

“There were not as many buyers as there used to be, but the ones that came showed a great interest in what they saw,” said Maria Supino, owner and founder of Baiadera, a brand that specializes in hand-painted bags.

At Simod SpA, which distributes Ermanno by Ermanno Scervino, You&Me and Gaetano Navarra accessories, the mood was up as clients returned and many increased their budgets compared with last year. Cinzia Meschini, import manager at Simod, said this shows “they are confident about our brands.”

Medium-size bags stood out as among the main trends for spring. The bucket bag was one of the most represented styles and promised to be quite popular at retail, whereas totes and shoppers were still in demand, but only if highly detailed.

The offer was mainly functional and colorful. Floral patterns and romantic prints were in demand, and manufacturers worked significantly with pleats, appliqués and ruched materials. Ethnic inspirations were also important, especially at Braccialini. “The major theme of the collection this season is Africa, which was translated into warm colors and traditional patterns,” said Lorenzo Braccialini, chief marketing officer.

Vibrant hues met with success as well. “Bright colors tend to sell better than pastels this season,” said Meschini, adding, “The Gaetano Navarra line has a great potential. For the first collection, we presented clean and sleek styles in bright shades of fuchsia, royal blue and orange.”

Overall, the collections on display at Mipel featured hues that might announce brighter trading days in 2013.

The biggest challenge for Mipel in the short term will be to remain attractive to international buyers, vendors said. Indeed, more foreign shops are dealing directly with their local distributors or showrooms. Traveling to the fair is becoming an optional cost for retailers.

“Mipel represents a marginal part of our business compared to 10 years ago,” said Braccialini. He added, however, “We have to be here because some of our customers from Russia and Eastern Europe are used to ordering at Mipel.”