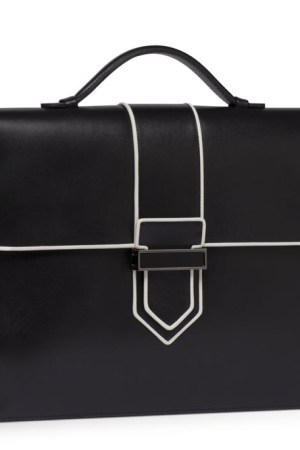 A short range of bags had existed — coming in black, beige and khaki — but the line wasn’t ready to be shown until now, explained a company spokeswoman.

For spring, new color schemes were added for Delvaux’s three major men’s models, called Simplissime, Sellier and Presse. One mix is in “lin,” or gray, with accents of “piment,” or orange. Another combination is black and white.

The idea, said the spokeswoman, was to add a graphic element of surprise.

The same hue pairings will appear in the label’s spring collection for women, which is to be presented during the women’s ready-to-wear season in Paris this fall.