The company has been expanding around the world and exports last year accounted for 76 percent of total revenues. 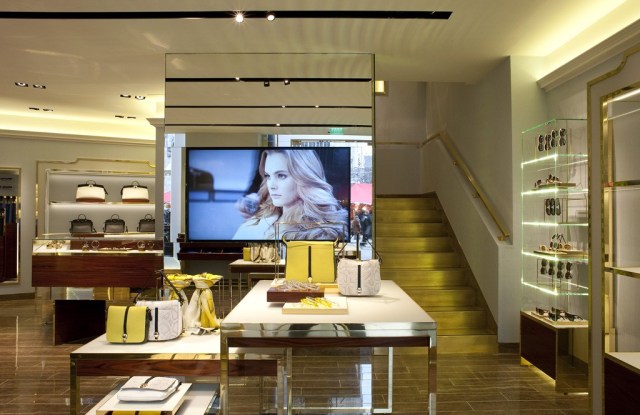 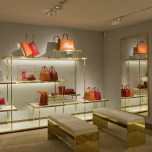 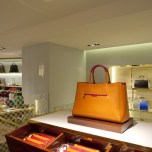 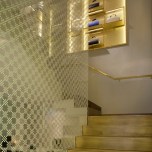 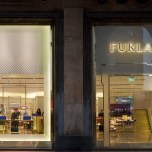 “We are entering a different, more accelerated stage of development — we had been rowing and now we are sailing,” Giovanna Furlanetto, chairman of the accessories firm, said in an exclusive interview. “We have been investing in the company patiently, quietly and with a long-term view for so long, and now we are reaping the rewards.”

The Bologna, Italy-based company closed 2012 with sales of 212 million euros, or $271.3 million at average exchange. Over the past two years, Furla’s revenues grew 35 percent.

While 2012 earnings before interest, taxes, depreciation and amortization are still not available, 2011 EBITDA totaled 25 million euros, or $34.7 million, up 47 percent compared with the previous year.

Furlanetto said the company, which is controlled by her family, has been expanding around the world and exports last year accounted for 76 percent of total revenues. Furla is present in 63 countries with 319 stores, of which 145 are directly operated. The brand is also carried in 1,290 multibrand and department stores.

“One of the strengths and pillars of Furla is that our flagships are located in the top streets of all the major capitals of the world, next to fashion designer brands,” said Furlanetto, pointing to units on London’s Regent Street as well as Paris’ Champs-Elysées, Rome’s Via Condotti and New York’s Madison Avenue.

“We started investing in Japan in 1990 and now it’s become our first market, which is a matter of pride and satisfaction for us, as it’s such a sophisticated and demanding market,” she added. Japan accounted for 27 percent of sales last year.

The brand recently opened its third store in Hanoi, Vietnam, and the first in Thailand, in Bangkok, in a partnership with Central Marketing Group, a division of Central Group, which also controls Italy’s La Rinascente department store chain. Furla also entered the Indian market with its first store in Mumbai and has unveiled seven stores in six months in Indonesia.

The Mumbai unit was modeled after the new blueprint, introduced in other stores that opened in Asia (in Beijing; Singapore; Dubai; Taipei, Taiwan; Macau, and four units in Hong Kong) and Milan, in a new venue closer to the city’s cathedral, the Duomo, in a prime shopping position. (A pop-up store entirely dedicated to the colorful Candy bag in PVC will open in the former Milan boutique and the company is planning to unveil a hand-painted version in March.) Furla is also remodeling the Paris store. The new concept is warmer with brass — rather than steel — elements and reflections of the 18th-century villa that houses the brand’s Bologna headquarters, said Furlanetto.

The Asia-Pacific area accounts for 13 percent of Furla sales. European, Middle Eastern and African markets — excluding Italy, with a 24 percent share — represent 27 percent of revenues. Furlanetto said the company is now focused on further building the U.S. region, which accounts for 9 percent of sales. The brand recently made a change in U.S. management replacing Tommaso Bruso, who had been chief executive officer of Furla USA, Inc., for the past five years, with James Mullaney, chief financial offier of Schifter + Partners.

“There is so much growth potential in the U.S.,” said Furlanetto, highlighting the brand’s successful collections for Saks Fifth Avenue, a 35 percent jump in sales at Bloomingdale’s and gains at Nordstrom.

The new concept allows more room to display watches, jewels, belts and textiles — categories that have expanded. “This model is in line with the recent upgrade of the brand, which is becoming more of a lifestyle label,” said Furlanetto.

Furlanetto had no news in reference to the arrival of a new chief executive officer, as former ceo Eraldo Poletto left in November for Alfred Dunhill. “We have a strong and passionate managerial team in place,” she stressed.

She also reiterated that there are no plans to publicly list the company, which last year issued a bonus to its employees for a total of 1.5 million euros, or $1.9 million, for the results obtained in 2011. Furla employs 925 people, 95 percent of whom are women.