Exhibitors at the Mipel TheBagShow fair underscored the importance of the rising Asian market. 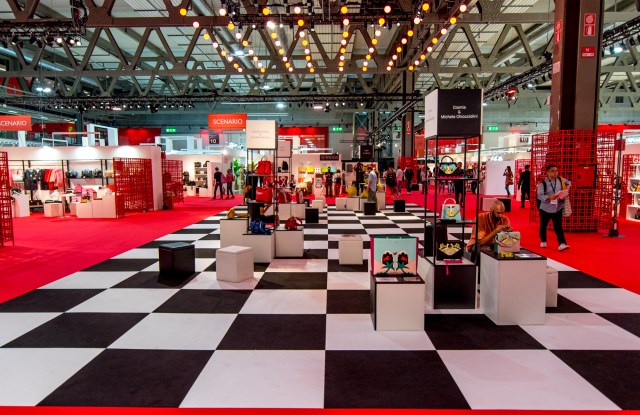 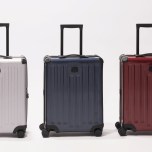 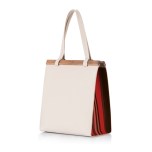 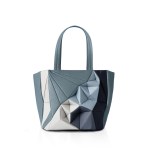 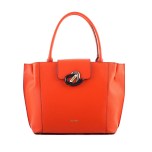 MILAN — Exhibitors at the Mipel TheBagShow here were optimistic about growth, citing Asia as a key potential market for the Italian leather goods’ sector.

While Italian buyers started flowing to the fair again after several seasons of sluggishness, there was a higher number of international buyers, with Japan and South Korea topping the list. Overall attendance at the handbags and accessories fair, which ran Sept. 16 to 19, increased by about 2,000 visitors, to about 13,000.

The trade show’s organizer, Assopellettieri, Italy’s leather goods association, is committed to engaging Asian clients. To this end, the fair this year unveiled its Tailor Made and Leather Goods Showroom projects, held in Tokyo and Seoul, respectively.

Ahead of the show, Danny D’Alessandro, Mipel chief executive officer and general director of Assopellettieri, noted he is committed to innovating the fair format to engage international buyers and said Assopellettieri “as a member of Confindustria Moda, which gathers different players, [shows that] Italian fashion is not only what you see on the catwalks, rather it represents the 100 billion euros the system as a whole generates.” He highlighted that in 2017, the leather goods sector alone totaled sales of 7.3 billion euros.

Preliminary data released by Assopellettieri for January through May showed exports jumping 10.7 percent to 3.33 billion euros compared to the same period in 2017, lifted by Switzerland, up 24.4 percent; France, up 10.7 percent, and South Korea, up 8.4 percent.

The U.S., which registered a modest 1.9 percent increase, continues to represent one of the fair’s main targets, according to D’Alessandro, who argued that more has to be done as “American customers are still looking for famous brands, despite being a consolidated market,” he said. To this end, the USA Influencers project backed by the Lombardy Region was established in partnership with the Micam footwear fair to bring a group of American influencers to the Milano-Rho fairgrounds to spotlight Italian know-how through their social media channels.

Exports to Hong Kong — one of Asia’s most important logistical hubs — and Japan decreased 0.6 percent and 4.9 percent, respectively. D’Alessandro was optimistic, however, noting “the free-trade deal between Japan and Europe will help lift exports again” and that “uneven performances are not surprising for such a consolidated market.”

Commenting on figures and forecasting overall growth for the year, D’Alessandro underscored that “nothing is very much changing, leather goods are experiencing a good momentum, with some of our brands leading the sector,” despite a generally flat internal expenditure and exports slowing down for other businesses.

The fair listed about 300 exhibitors, between established and emerging brands, which presented their spring collections. Among them, Yohji Yamamoto unveiled at the fairgrounds the spring collection of his handbag line Discord, introduced in 2014. “It’s something peculiar for us, it shows the world that we are back on track and the go-to platform for high-end brands, as well,” said D’Alessandro.

In keeping with its signature style, eye-catching colors and graphics appeared on trapeze tote bags at Gabs, the Forlì, Italy-based firm, whose parent company Campomaggi & Caterina Lucchi SpA posted revenues of 37 million euros in 2017. For spring, the company unveiled the Origabs line, inspired by the Japanese art of paper-folding, with styles that can be molded into shapes including flat, bowling and doctor designs. Patent leather appliqués and patches were splashed on handbags to enhance the collection’s playful attitude, which tunes in with Asian customers, particularly South Korean and Japanese, who represent 20 percent of sales.

To this end, the company — which counts six flagships in Japan, including one in Tokyo’s Ginza district — recently opened units in Hiroshima and Kobe, while two additional shops at the Hyundai mall in Seoul and Daegu, South Korea, will open by the end of next year. The focus on Asia is part of a five-year business strategy beginning in 2019, which is expected to lift the company’s revenues to 45 million euros in 2021, according to Marco Campomaggi, the company’s founder.

“We expect to double our revenues in Asia by the end of 2019 to $4 million, as our products are intriguing for local customers,” said the firm’s managing director Gabriele Sportoletti, who is also busy fine-tuning distribution in markets such as France, Spain and Germany and establishing “a multichannel strategy: offering different products on different platforms,” he added.

The Far East is a promising market for Calicanto as well. The label — which is owned by iDNA Italia, a third-party manufacturer in the business for 40 years, supplying luxury brands — introduced its third collection at Mipel. “The idea was already there, in our DNA, we developed it with young designer and architect Pietro Leonardi, who was able to blend creativity and know-how and offer our customers something alternative,” said Serena Nalesso, Calicanto’s founder, adding she wanted to inject a design and architectural touch into the bag creation process.

The city of Venice, its Palladian windows, the city’s Lido and its striped beach chairs, as well as hues of blue recalling the upholstery of gondolas, inspired the spring collection. A soft calf-leather tote bag in shades of blue featured sculptural, 3-D details highlighting the brand’s craftsmanship. Priced at between 500 euros and 800 euros, Calicanto is available at a number of stores, including Emmelle Boutique, in New York, and Grado Co. Ltd. in Osaka, Japan, with plans to gain new doors across both markets and start presenting with the showroom format rather than trade shows.

Another third-party manufacturer banking on its own brand is Tolentino, Marche-based handbags and accessories brand Cromia. Consolidating foreign markets — including the Far East, China, the U.A.E. and Russia — and strengthening the brand’s positioning are pivotal to its expansion plan, one that has proven successful for 15 years, since the label was launched. The company’s ceo, Sergio Sciamanna, expects to close 2018 with sales up 10 percent compared to 35 million euros in 2017.

For spring, Cromia worked in two directions: it toned down its flamboyant use of colors and embellishment — such as on its Mina signature line, now rendered in plain calf leather — and partnered with “Who Is on Next?” talent search finalist Michele Chiocciolini to “inject freshness and an exclusive product into the lineup,” said Sciamanna. For the first time in the history of the brand’s partnerships, the capsule with Chiocciolini will be available through wholesalers, as well as at Cromia’s own flagships.

Innovation is also key to luggage and leather goods company Bric’s, which introduced its Venezia collection at the fair. The lineup featured baggage crafted with the high-tech material SRPP, or Self-Reinforced Poly-Propylene, making it highly resistant. The items come with a lifelong warranty issued by the company. “Along with innovative products, I believe an excellent customer service is essential to meet today’s clients’ needs,” said ceo Roberto Briccola.

The executive, who also serves as Mipel vice president, underscored that “quality is no longer enough to make a successful company… and yet that is not enough to approach foreign markets.” The company, which closed 2017 with revenues of 40 million euros, expects to register a 5 percent uptick this year.

In keeping with the format launched in 2016, Mipel showcased a range of emerging brands, through the Scenario and The Glamourous projects. The latter, supported by the Italian Chamber of Buyers, promoted four brands, each one presented by an Italy-based retailer.

A standout was the handbag collection presented by Milan-based designer Roberto Di Stefano. A former “Who Is on Next?” participant, Di Stefano unveiled its spring collection supported by Bari, Apulia-based retailer Luciana Boutique.

“I always start from the shape of a bag, as I want to investigate the notion of beauty, what I like and dislike and put them into a context. For instance, I’ve always hated pink and then working with it I discovered it was just a color, like any other,” Di Stefano said. A cute, trendy bum bag in a bubblegum-pink shade came enriched with the brand’s signature, round-shaped, exaggerated metal closure.

Flap bags were reworked for spring with rope handles, as well as with long, urban shoulder straps and edgy metal chains. Di Stefano’s minimalist styles are inspired by art and design and exude a sense of understated luxury.

Priced at between 650 euros and 1,100 euros, the brand is available at Milan’s No.30 store, the Fenwick department store in London and Tokyo’s Concento. The designer contended he wants to “find the right doors, which will be able to represent the brand rather then selling it out in pursuit of wild-fire growth.” In February he plans to present his fall collection with a dedicated photo exhibition during Milan Fashion Week.

This season, Mipel introduced the Hall Spazio project, located inside the fairgrounds’ Pavilion 12. A selection of manufacturers hailing from and producing in foreign countries, including China and India, showcased their collections. Cathy Xie, general manager of Xinsheng Handbags Co. Ltd., a company based in China’s Guangdong province, which showed here, complained about the scarce footfall. “We were penalized by the location, we would have preferred to be on the lower floor as not many buyers are coming here,” she said. Location aside, the attendance may reflect the figures for the first five months of the year, which show imports from China falling 14.4 percent compared to a year earlier.

Mipel was also celebrated with a corner at the revamped luxury department store Excelsior, where four capsule collections realized by emerging designers in partnership with established Assopellettieri associates were displayed throughout Milan Fashion Week.

The next edition of Mipel TheBagShow will run Feb. 10 to 13.